Doug Mastriano’s comments on Islam and climate change resurface, the latest hit for his campaign 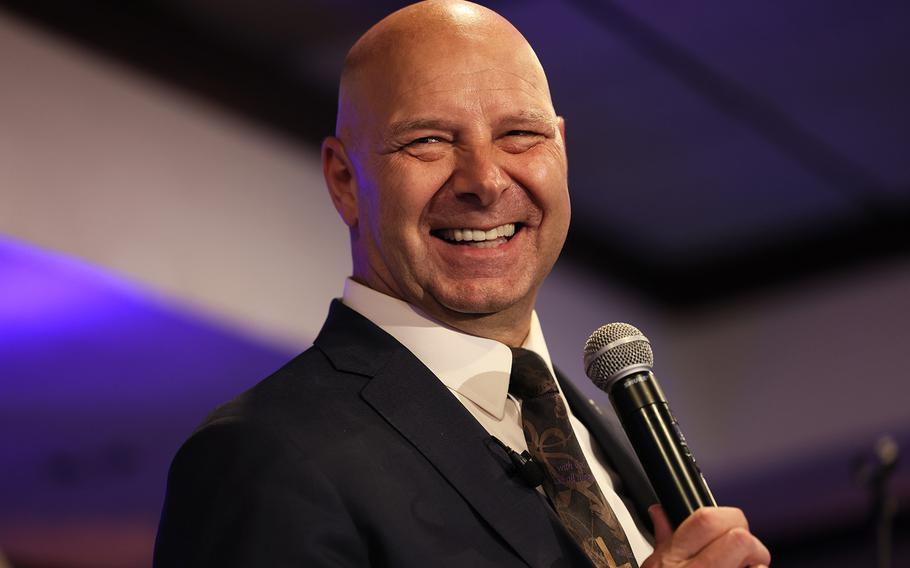 PHILADELPHIA (Tribune News Service) — Doug Mastriano is trying to appeal to a wider audience. He wants to steer the conversation toward inflation, taxes, parental rights, energy independence, and crime.

But with less than three months remaining before Election Day, Mastriano continues to be haunted by … Doug Mastriano.

Whether it’s a thesis he wrote 20 years ago warning of a left-wing “Hitlerian Putsch,” or a since-deleted Facebook video he posted this spring about the state’s “deceitful” GOP establishment and its secret “disdain for veterans,” the Republican nominee for governor can’t seem to get out of his own way.

The post-primary hits keep on coming. This week? A 2018 radio interview resurfaced in which Mastriano claims that climate change is an academic fabrication and that Islam isn’t compatible with the U.S. Constitution.

“The Constitution was founded on Christian-Judeo ideas, and it’s only compatible with that worldview,” Mastriano, who was running for Congress at the time, said on WEEO News Talk 103.7 FM. “Guess what? Not all religions are created equal, and they all have different worldviews.”

When asked in the radio interview if global warming is real, Mastriano responded: “It is not. It’s fake science, and it’s a racket at the academic level.”

In May, Mastriano, with a late endorsement from Donald Trump, emerged victorious from a crowded Republican primary field. But he has since been dogged by a constant stream of negative news stories and campaign missteps.

Journalists, opposition researchers, and internet sleuths continue to uncover public statements, ranging from demonstrably false assertions and bizarre online musings to policy proposals that are far outside the majority opinion of Pennsylvania voters — including many Republicans.

Some of it has become easy fodder for attack ads by Josh Shapiro, his Democratic opponent. Shapiro’s campaign has been able to pull material directly off Mastriano’s website.

Douglas Laycock, a professor at the University of Virginia School of Law and expert on religious liberty, said he found Mastriano’s 2018 views on the Constitution “distressing.”

“Christian ideas were obviously part of the intellectual milieu in which the Constitution was drafted. But the Constitution itself is a carefully secular document,” Laycock said. “It does not mention religion except to prohibit test oaths and religious establishments and to protect all faiths and the lack of faith.”

“I don’t think there is anything in Islam that is in any way incompatible with democracy and the Constitution,” Laycock said.

Oz’s campaign did not respond Thursday to a request for comment about Mastriano’s statement.

The Rev. Dr. Katharine Rhodes Henderson, interim president of Interfaith Alliance, said the 2018 interview and Mastriano’s more recent statements about God and religion demonstrate an unwillingness to balance his personal religious identity with his responsibility to serve constituents with different beliefs.

“Any attempt to align our government with a particular religious tradition, whether Christianity or something else, is unconstitutional,” said Henderson, who is ordained in the Presbyterian Church.

Last month, Mastriano also angered Jewish groups, both Democrats and Republicans, over a campaign payment to Gab, a social-media site frequented by antisemites. The site’s founder, Andrew Torba, has described Mastriano’s campaign as part of a larger Christian nationalist movement — a label Mastriano has sought to avoid.

“This isn’t a big tent. This is a Christian movement. Full stop,” Torba said in a recent video.

After facing sustained criticism, Mastriano issued a statement saying Torba does not speak for him.

Christopher Borick, a pollster at Muhlenberg College in Allentown, said Mastriano’s history of far-right policy positions, which might not have been an issue in the GOP primary, could be problematic heading into the November general election.

On climate change, for instance, 75% of Pennsylvanians believe there is solid evidence that temperatures are rising, according to Borick’s polling group.

“Certainly, there is a cohort within the Republican electorate that is all-in with Mastriano’s positions. But there is a significant portion that, if you look issue by issue, might have some pretty significant differences with him,” Borick said.

Most Republicans, Borick predicted, will likely still vote for Mastriano. But Mastriano could be in trouble if only a small number of Republicans vote for Shapiro. Registered Democrats hold an edge of about 540,000 voters over registered Republicans.

“Republicans just can’t afford many defections at all,” Borick said. “You got to have high turnout and almost unanimity in terms of support for the Republican candidate to make the math work.”

A June poll showed Mastriano and Shapiro locked in a tight race, but more recent polling has put Shapiro ahead by double digits. A poll released this week gave the Democrat a 15-point lead.

During the 2018 radio interview that made the rounds this week, Mastriano also stated his opposition to LGBTQ rights, including in relation to antidiscrimination laws, adoption, and marriage.

“Absolutely not,” he answered, when asked if gay marriage should be legal. “I’m for traditional marriage. And I am not a hater for saying that. It’s been like that for 6,000 years. It was the first institution founded by God in Genesis, and it needs to stay that way.”

Polls have shown support for same-sex marriage approaching 70% in Pennsylvania.

Mastriano did not respond to a request for comment Thursday. He typically does not answer questions from mainstream news organizations. Instead, he communicates by speaking to conservative outlets, supporters on the campaign trail, and his followers on Facebook — interacting mostly with people that already plan to vote for him.

This week, Mastriano said he would not join Shapiro in a standard debate with an independent moderator because he believed it would be a “trap” with a biased moderator. He proposed a new format run by the campaigns, which Shapiro’s campaign rejected.