Home prices and rents have surged in Nevada. (Roger Kisby/Bloomberg )

The Las Vegas Strip is again teeming with tourists, its casinos are minting billions and more people than ever are now working in Nevada. But soaring housing costs and gasoline prices have handed Republicans an opportunity to flip a U.S. Senate seat and reverse years of Democratic gains in the state.

Many Nevada voters say that inflation has soured them on President Joe Biden, a distaste that threatens the re-election prospects of a fellow Democrat, Senator Catherine Cortez Masto, in her race against Republican Adam Laxalt.

Cortez Masto, who has held a narrow edge in polls, is trying to counter that by showing sympathy for voters' hardships and backing policies such as lowering drug prices and offering housing incentives to ease pressure on household budgets.

But that may be of limited help in courting a famously independent state electorate whose patience for financial strain is already thin. Monthly rent in Nevada has jumped in the last two years and home prices have soared beyond the reach of many would-be buyers. And gasoline prices in the state, while dropping, are about a dollar a gallon higher than the national average, according to AAA.

In an ominous signal for the incumbent, Democrats have seen their edge in party voter registration in the state slip to roughly 50,000 voters, down from about 75,000 at the start of the year. That erosion could prove significant given that Cortez Masto won her last election by only about 27,000 votes.

While attacking each other on their economic agendas, the candidates are looking for additional ways to tip the race, with Cortez Masto, the country's first Latina senator, emphasizing abortion rights - an issue where Nevadans tend to align with Democrats - and her GOP challenger making a play for Hispanic voters, who make up almost 30% of Nevada's population, according to the Census Bureau.

A win in November by Laxalt, who has endorsements from both Donald Trump and the GOP establishment, could help Republicans take control of the Senate. And it would mark a swing in political momentum in a state that has two Democratic senators, a Democratic governor, and has voted for that party's presidential nominee in every election since 2008.

"Even though I'm a Democrat, I don't like how things are going," said Maria Saldana, 47, a resident of Clark County. "Everything's going up."

Saldana, an undecided voter, said she's looking into re-registering as an independent amid her frustration over rising costs.

Nevada felt a particularly devastating shock from pandemic shutdowns. At its peak in April 2020, unemployment rocketed to 28.5% - the highest of any U.S. state. But its job market has vastly improved as demand for service workers returned with the tourists. Employment grew 12.6% in Las Vegas in the 12 months through March 2022, the biggest increase of any major US city. Even still, the unemployment rate in the state, at 4.7% in June, was the highest among all states except New Mexico.

There are other indications, too, that its economy is healing: The state's gaming establishments garnered $14.6 billion in winnings in the 12 months through June, up 37% from a year earlier.

But those signals of recovery may be drowned out by the high cost of housing. About three quarters of renters in Nevada have seen their payments go up in the past 12 months - sparking rent control efforts. Home prices surged by 27.4% in May from a year earlier in Las Vegas.

Inflation on items from groceries to fuel is pinching voters, too.

"I'm super disappointed in the high cost of everything," said Marshelle Rush, a resident of Pahrump, a rural town an hour from Las Vegas. Her husband, she said, is spending $600 on gas about every 10 days as he services pellet stoves and performs other work requiring him to travel long distances.

Laxalt, a son and grandson of New Mexico and Nevada senators, declined to be interviewed. But in his campaign he blames Cortez Masto for spiking inflation by voting for President Joe Biden's nearly $2 trillion pandemic relief bill and other spending. He argues that the Democrats' tax, climate and health bill signed into law by Biden this week will worsen it.

The relief package "put our economy on a one way track to recession," he said in a statement. "They made the same mistake once again - doubling down on their failed liberal agenda with a new package that delivers more spending, higher taxes, and more inflation."

Cortez Masto is countering those attacks by trying to show voters she feels their pain.

"The number one thing I hear, rightfully so, is housing prices, gas prices, it's health care. People are struggling," she said in an interview at the U.S. Capitol. "It's my family, it's my mother, my husband, my nieces and nephews, my sister - we're all dealing with that. That's why I know it's a major issue," she said.

Meanwhile, Cortez Masto has sought to push the race onto more favorable ground by highlighting Laxalt's position on abortion. He is on tape privately calling Roe v. Wade "a joke" - a liability in a state that has long backed abortion rights by large margins. Nevadans said in a recent poll that abortion is among their top issues in the upcoming election, trailing only the economy. In a poll for the Nevada Independent, 40% of respondents said the economy was the issue most motivating and 17% cited abortion. No other issue broke double digits.

The state's voters in 1990 codified abortion rights through 24 weeks with 63.5% support in a referendum, but Cortez Masto warns that Republicans could overrule that with a national abortion ban.

In an op-ed this month, Laxalt called Roe "absurd," but said he would not support a national abortion ban. He said he would, however, back a referendum restricting abortions in Nevada to the first 13 weeks of pregnancy.

Cortez Masto's appeal could make a difference with voters like Alyssa Deggan, a 32-year-old Las Vegas real estate agent who is torn between wanting change in the economy and protecting abortion rights. 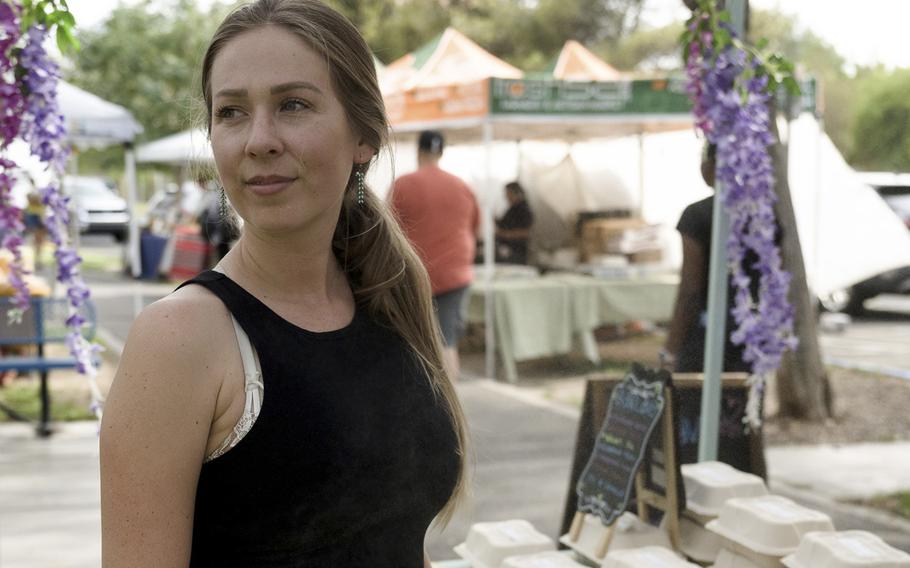 Deggan, who helps her husband with a gourmet baklava business, said their costs are soaring for ingredients such as butter, and that their rent is higher than when they last lived in the city years ago.

"It's just shocking when you see it everywhere, especially in Las Vegas that was known to be so affordable," she said.

But she said she's angry at the recent Supreme Court ruling to overturn Roe.

"I wish there was something in the middle," she said of her political choices.

Laxalt has pinned his election hopes on making inroads with the working class and Hispanic voters that have been the backbone of a Democratic machine built by the late Senator Harry Reid. He has made high prices a centerpiece of his efforts to sway those voters.

At the same time, the Republican has highlighted a surge in U.S.-Mexico border crossings since Biden took office and has decried the deaths, drugs, human trafficking and crime he says are rampant on the border.

That might threaten his standing with some Latino voters, a group that a July Emerson College poll found Cortez Masto is winning, with 46% support compared to 33% for Laxalt. But there's evidence nationally of weakening support among Hispanics for Democrats, and some in this crucial demographic don't appear turned off by such messaging.

In fact, it's one area where Saldana, the undecided voter from Clark County, praised Trump.

"He had control of the border," she said.

Cortez Masto's campaign will have the benefit of a well-developed ground game, anchored in part by teams of canvassers from the powerful 60,000-member Culinary Workers Union.

Their goal is to visit a million doors by Election Day - up from 650,000 two years ago when they helped Biden edge out Trump here, said Ted Pappageorge, the union's secretary-treasurer.

That door-knocking muscle can be especially important in a state with a transient population where a plurality of voters aren't registered with either of the two dominant parties.

Democrats have other advantages in Nevada, including fundraising. Cortez Masto has easily outpaced Laxalt, with a $9.9 million war chest to his $2.1 million on June 30.

The one-term senator previously served as Nevada's attorney general and has touted settlements with big banks in the wake of the foreclosure crisis, which hit her state particularly hard. Laxalt succeeded her as attorney general before losing the governor's race in 2018.

Laxalt has gambled that aligning himself with Trump will boost his chances of victory. He features the former president's endorsement and visage at the top of his endorsements on his website, supported Trump's efforts in court to overturn his election loss in Nevada and appeared with him at a recent Las Vegas rally.

It may pay off, given that the GOP's senate candidate six years ago, Joe Heck, disavowed Trump on his way to a narrow defeat. But the displays of allegiance are not without risk: Trump did, after all, lose Nevada twice.