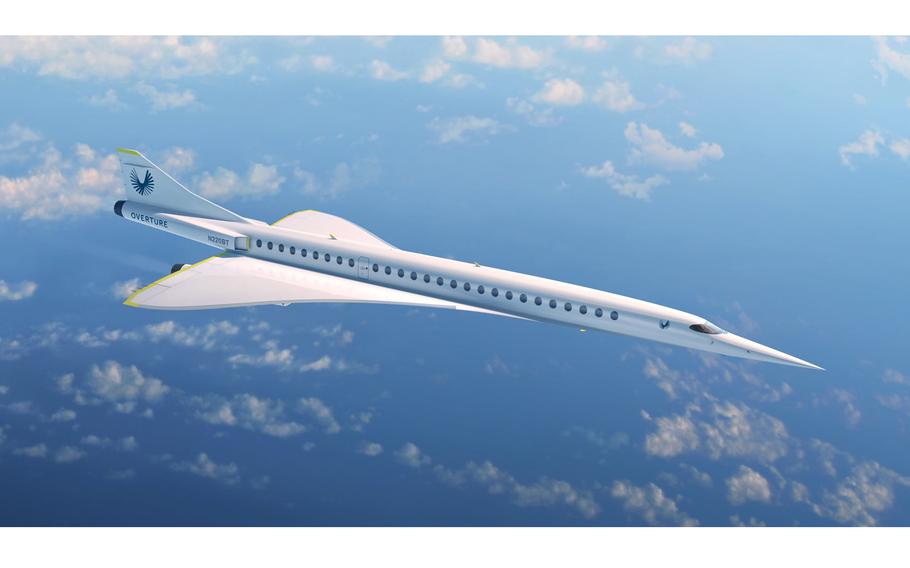 American Airlines will buy up to 20 supersonic planes from aircraft manufacturer Boom Supersonic, the two companies said Tuesday, marking the second time in two years that a major U.S. airliner has moved to purchase such ultrafast jets.

Nearly 20 years after the supersonic Concorde was last commercially available, aircraft makers and governments around the world are again developing such planes, which can halve the flight time between London and New York. Colorado-based Boom has secured 130 orders, including options, said company spokeswoman Aubrey Scanlan. She declined to reveal the value of the American deal, which also gives the airline the option to purchase an additional 40 Overture aircraft — a model with the touted ability to fly at up to 1.7 times the speed of sound (approximately 1,300 miles per hour) that is being readied for market by 2029.

Boom founder and chief executive Blake Scholl has said each Overture will sell for $200 million, though it is not unusual for airlines to pay below list price if they purchase multiple aircraft. Last year, United Airlines ordered 15 Overtures with an option to buy 35 more.

The Concorde, which had a maximum speed of just over Mach 2, last made a commercial flight in 2003. It was primarily operated by British Airways and Air France and had the capacity to fly from London to New York in about three hours. The aircraft was a symbol of luxury, providing access to a super-exclusive lounge and offering high-end wine with Angus beef and lobster during flights. Britain’s Princess Margaret and former U.S. secretary of state Henry Kissinger were among its most famous passengers.

But it was forced out of business after years of unsustainable fuel costs, coupled with repeated complaints from people living near airports about the noise generated by supersonic jets. The Concorde, which had a maximum speed of just over Mach 2, last made a commercial flight in 2003. (Concorde/Facebook)

The crash in July 2000 of an Air France Concorde flight that was headed to New York from Paris left 113 people dead and hurt the image of supersonic aircraft as a safe travel option.

There are lingering questions about whether it is possible to build ultra-fast, safe, comparatively quiet and environmentally friendly planes.

“I think you cannot ignore the obstacles that will be on the path to getting there,” aviation journalist Jon Ostrower said on CBS News last month. He suggested that Boom would need to invest at least $15 billion to develop a supersonic jet. At the time, Boom said in response that it could build the Overture at roughly half the price tag that Ostrower had indicated.

The manufacturer collaborated with British industrial conglomerate Rolls-Royce — which co-developed the engines for the Concorde — on an engine design for the Overture that Boom is now evaluating, according to Scanlan, the spokeswoman. Boom says the Overtures will be lighter and more fuel-efficient than the Concorde, while better software will enable the new jets to be more aerodynamic.

Keeping noise down could remain a challenge because supersonic aircraft require narrow aerodynamic engines, which can be relatively loud. The Concorde was largely restricted to flying over water because of its noise, limiting the number of routes it could offer.

Another barrier may be the cost of sustainable aviation fuel, which is derived from organic matter. Scholl has promised that the Overture will fly exclusively on greener fuel, which is two to five times more expensive than fossil fuel. Supersonic jets can also burn seven to nine times more fuel compared with subsonic planes, The Washington Post has reported.

The Washington Post’s Pranshu Verma contributed to this report