US jobless claims rise again, near highest since November 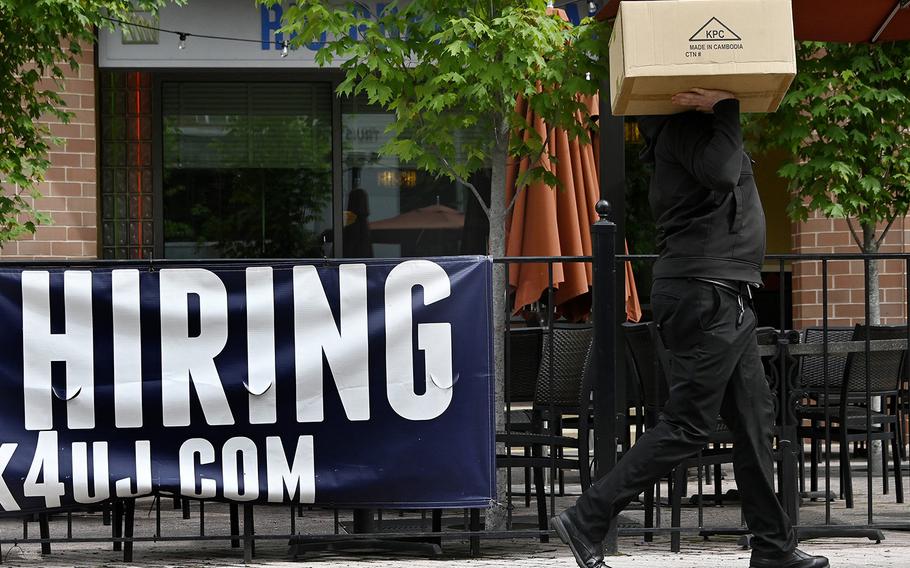 A man walks past a “now hiring” sign posted outside of a restaurant in Arlington, Virginia on June 3, 2022. (Olivier Douliery/AFP/Getty Images/TNS)

(Tribune News Service) — Applications for U.S. unemployment insurance rose for a second week and held near the highest level since November, indicating continued moderation in the labor market.

Initial unemployment claims increased by 14,000 to 262,000 in the week ended Aug. 6, Labor Department data showed Thursday. The median estimate in a Bloomberg survey of economists called for 265,000 applications.

Continuing claims for state benefits ticked up to 1.43 million in the week ended July 30, the most since early April.

Jobless claims have been rising as more companies, particularly in the tech sector, announce layoffs and freeze hiring due to economic uncertainty. Demand for workers may drop as the Federal Reserve raises interest rates, but so far, employers are largely trying to hold onto the ones they have amid widespread labor shortages.

That was reinforced by July’s jobs report, which showed U.S. employers added more than double the number of jobs forecast and the unemployment rate dropped to match a 50-year low. And a below-forecast rise in consumer prices on Wednesday may take some of the pressure off the Fed to go as big with its next interest-rate hike.

The jobless claims data can be choppy week to week, and some states in particular, like Massachusetts, have been volatile in recent readings. The prior week’s reading was also notably revised lower.

The four-week moving average, which smooths out such swings, rose to 252,000. It’s climbed in all but one week since early April.

A separate report Thursday showed a key measure of US producer prices unexpectedly fell in July for the first time in more than two years, largely reflecting a drop in energy costs.