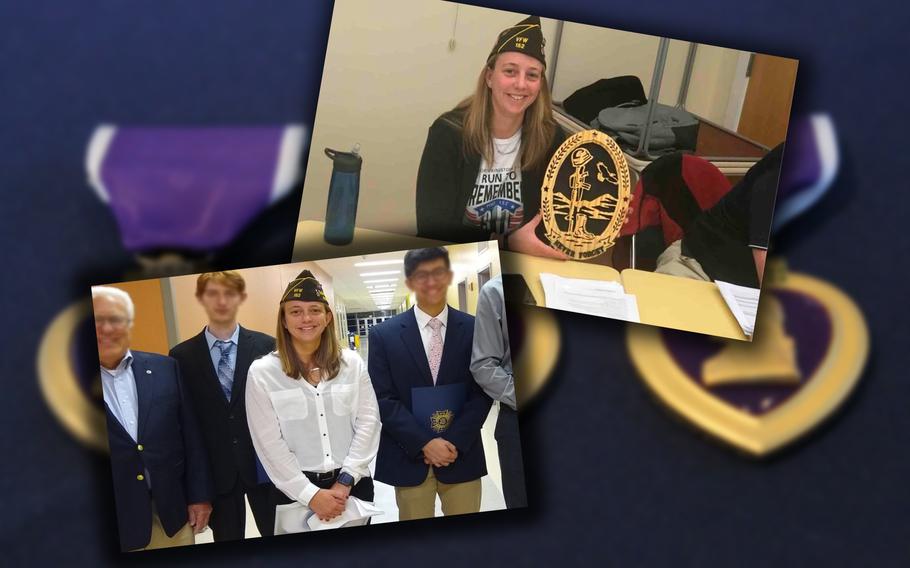 A Rhode Island woman who passed herself off as a decorated Marine Corps veteran and cancer patient to obtain more than a quarter of a million dollars in veterans benefits and charitable donations pleaded guilty Tuesday.

She faces a maximum of 24 years in prison. Prosecutors agreed to recommend a prison term at the low end of the federal guidelines. Her sentencing hearing is scheduled for November.

Assistant U.S. Attorney Ronald Gendron told the court Tuesday that Cavanaugh “has never served in the military in any capacity,” according to the Providence Journal, which also identified her as a former Veterans of Foreign Wars post commander.

Nevertheless, she claimed to have earned a Purple Heart and a Bronze Star. She also used her position as a social worker at a Veterans Affairs hospital to gain access to real veterans’ records, created a phony service history for herself and fabricated medical documents to claim that she had been diagnosed with cancer.

The Wounded Warrior Project alone said it spent $225,895 on Cavanaugh so she could pay for groceries and physical therapy, court documents show.

In addition, she accepted more than $17,000 in donations via veterans charity Code of Support for mortgage payments, repairs to her home furnace and even a local gym membership.

She also collected nearly $15,000 in tuition support from the arts charity CreatiVets, according to court documents.

A GoFundMe campaign that she started to solicit money brought in $4,700, which was transferred to her bank account, prosecutors said.

As commander of VFW Post 152 in North Kingstown, she embezzled more than $4,000 intended as holiday donations for a local “giving tree” charity, according to prosecutors.

She used her work email to buy Purple Heart and Bronze Star medals and wore the military decorations pinned to a friend’s Marine uniform during public events.

The VFW Department of Rhode Island could not be reached for comment at the time of publishing.

Cavanaugh based many of her requests for support on her supposed diagnosis of advanced lung cancer, which she blamed on toxic exposure to burn pits in Iraq and Afghanistan and inhalation of “particulate matter” in the aftermath of a roadside bomb, according to court documents.

To support her claims, she used treatment records from the Dana-Farber Cancer Institute that belonged to a friend’s mother, prosecutors said.

Cavanaugh eventually was reported to the VA for a suspicious request for support she submitted to HunterSeven Foundation, a veteran-run nonprofit. An internal investigation by the VA inspector general’s office later found inconsistencies in the fraudulent documents.

Cavanaugh’s guilty plea comes two days after Purple Heart Day, Aug. 7, which honors recipients of the medal given in recognition of death or injury in combat.

“What Sarah Cavanaugh did is despicable and an insult to the brave men and women who have selflessly risked their lives, and made real sacrifices in service to this country,” said Joseph Bonavolonta, special agent in charge of the FBI’s Boston division. “Now this fraudster is a convicted felon for claiming valor where there is none, and for swindling more than a quarter of a million dollars in benefits and charitable donations from unsuspecting citizens who wanted nothing more than to help deserving veterans.”

Her attorney did not immediately respond to a request for comment Wednesday.