What we know about the FBI search of Mar-a-Lago 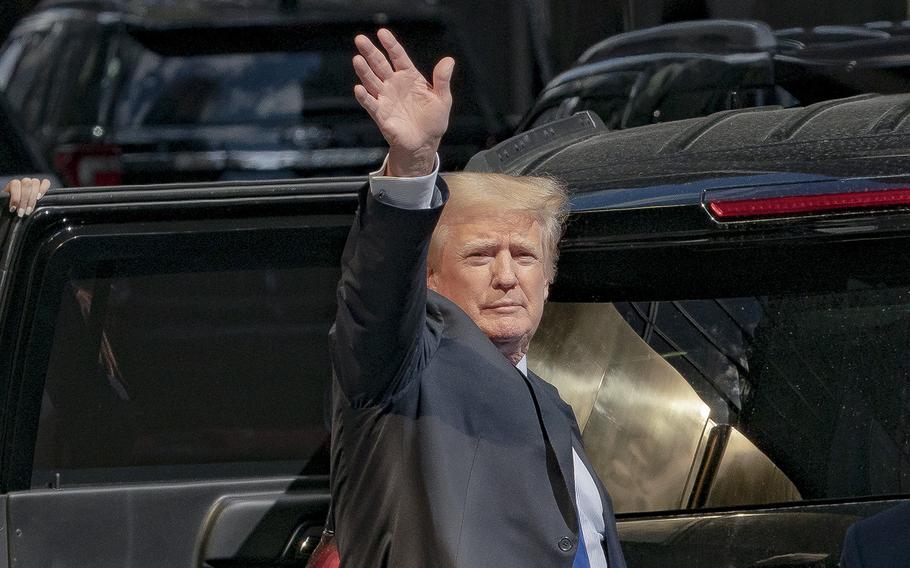 Around 9 a.m. Monday, FBI agents appeared at the entrance to Mar-a-Lago, Donald Trump's estate in Palm Beach, Fla. Their arrival apparently came as a surprise to the Secret Service agents tasked with protecting the former president's residence. When news of the FBI search of the property emerged nine hours later, that surprise spread nationally — and triggered an immediate firestorm.

Details of what agents did at Mar-a-Lago, why they were there and what they seized are still sketchy, with new details emerging regularly. That said, here is what we currently understand about the day's events.

The affidavit submitted by the FBI as it sought the warrant, however, would have been much more detailed. Journalist Marcy Wheeler walked through what the affidavit for the Trump search might have included in broad strokes, but the one submitted for the search of Trump adviser Roger Stone's home gives a sense of the sort of detail that would have been included.

The FBI arrives at Mar-a-Lago. As noted above, it appears that the Secret Service was not given any notification in advance. Bureau agents were given access to the property. A person who spoke with a reporter for NewsNation, Brian Entin, said that the agents were in plain clothes, so staffers may have thought they were Secret Service agents, helping explain why the news didn't break.

The timing for the search, though, also minimized the number of people who would be around. Mar-a-Lago is closed during the summer, when demand for spending time in southern Florida is low. While the facility is now Trump's primary residence, he is currently staying at his club in Bedminster, N.J. Only a few staffers would have been around at Mar-a-Lago anyway.

Trump's son Eric was apparently the first person informed that the FBI had arrived, according to an interview he gave Fox News host Sean Hannity. Eric Trump said that he is the one who told his father. He may also have been the one to inform Bobb, who was the first attorney to arrive at the scene, some time before 10 a.m.

When Bobb got there, she asked to see the warrant. In an interview on a right-wing streaming service Tuesday, she claimed that agents were reticent to share the document with her at first. In that interview, she verified that the search included a focus on documents Trump might have removed from the White House.

Trump's legal team was given a copy of the warrant. It has declined to release it, one source told NBC News's Vaughn Hillyard, because "the burden of transparency rests with the [Justice Department] to lay out its reasoning." Since the warrant also includes an articulation of the potential legal violations to which the search relates, it may also be the case that Trump's team wants to avoid revealing the scope of the legal threat Trump faces.

Attorney Lindsey Halligan is called about the search. She arrives at Mar-a-Lago about an hour later. In an interview with CBS News, Halligan provided a number of details about the FBI's activities.

The search involved "30 to 40" people, she told CBS, with "a handful dressed in suits, but most wore T-shirts, cargo pants, masks and gloves." Some 10 to 15 vehicles were involved, including a box truck. FBI agents searched "a bedroom, a storage area and an office," Halligan said.

The "storage area" is likely the basement. As the Justice Department was engaged earlier this year with Trump's team about potential documents stored at Mar-a-Lago, it noted that the basement was poorly secured, prompting Trump to add a lock to the door. "When FBI agents searched the property Monday, Bobb added, they broke through the lock," The Washington Post reported.

The office is the facility's former bridal suite. That was the location of the safe, Entin reported, which he described as a "hotel-style safe." It's not clear how the FBI accessed it, though experts who spoke with Slate indicated that the bureau has tools for quickly opening safes with electronic locks, like those used in hotels. In his Hannity interview, Eric Trump said that there was "nothing" in the safe, though it's not clear if he meant that literally or in the sense that it contained nothing pertinent to the search.

Bobb and Halligan were not allowed to observe the FBI's search. Halligan told CBS News they were "forced to remain outside, between the ballroom and residence, on the grounds of Mar-a-Lago."

The search concludes. Investigators removed about 12 boxes of material, most or all of which apparently came from the basement area.

Right about then, a person texted Peter Schorsch, a former political operative who now runs a website focused on Florida politics. "Did you know Mar-a-Lago is being raided right now?" the person asked when Schorsch called him. Neither Schorsch nor anyone outside Trump's immediate circle did.