Food prices are still rising. Here's how Americans are coping. 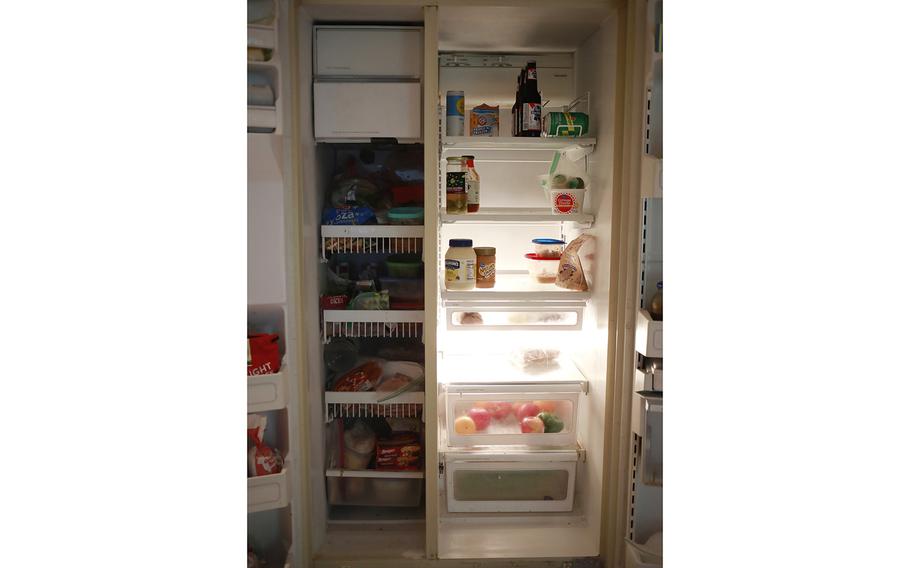 Scott Carothers’s refrigerator and freezer in Louisville, Ky. “The freezer side has a lot of stuff in it. The fridge side has a lot of nothing in it. Well, condiments,” he said. (Luke Sharrett for The Washington Post )

Inflation is strangling kitchen-table budgets across the United States. Food costs have climbed every month this year. Groceries are 12.2% higher now than they were last summer - the biggest year-over-year spike in 43 years, federal data shows. Fruits and vegetables cost 8% more, staples such as bread and cereal have jumped 14%, and butter and margarine are up a whopping 26%.

That's forced many consumers to make different choices in the grocery aisles. The Washington Post asked readers to share how they've adjusted, especially as decades-high inflation has also raised most other living costs. Whether they're going with store brands, cutting back or simply doing without, all are making clear changes in the way they shop for food.

Jemison, a retiree who lives on social security, estimates her grocery bill has increased by 30% in the past year. So, she's had to trim other parts of her budget, "because you do need the eggs and milk and laundry soap." 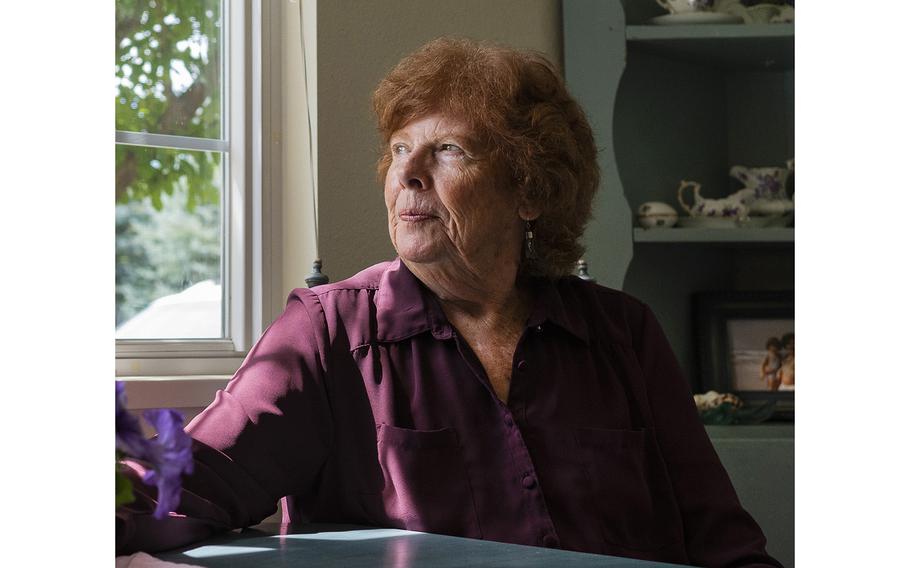 Carolyn Jemison, 83, sits in her home in Carbondale, Colo. (Kelsey Brunner for The Washington Post )

The gas pump is one place she's been forced to cut back, she said, as prices in her state pushed as high as $4.92 per gallon this summer. "I can't afford to drive my car to visit [my] kids."

Another sacrifice: After her cat of 18 years died in 2020, she got a senior rescue cat. Now that cat is gone, and there won't be another because she can no longer afford the food, litter and veterinary bills. "It's a choice I have to make," she said.

De Castro was frugal long before inflation talk was everywhere. He was an early adopter of cash-back and reward apps, and even considered turning his strategies into a side hustle by producing a money-saving course on Udemy, an online learning platform.

Nowadays, the cybersecurity analyst is cooking more. His fridge is filled with a mix of leftovers and heat-and-serve meals. In the freezer, it's proteins and side dishes. Soup is a major go-to.

"Progresso soup is less than $3," he notes, a good option when you don't feel like cooking and avoids the cost of takeout.

When he does eat out, he uses an app called Dosh, which gives users cash back on purchases at restaurants and retailers. He uses another cash-back app for gas.

Horne doesn't buy cottage cheese anymore. He used to be able to find the brand he likes on sale, two tubs for $5. Now, it's pretty much always $4.39 apiece.

"I'm a guy who likes to think that the free market is a believable concept. I don't want to think that other entities along the food chain are taking advantage of the situation," he said. "But holy moly. It just kind of seems that there is no other explanation that fits."

Horne, who is retired, and his wife no longer shop at their locally owned grocery. He said he finds Walmart and Sam's Club are 10% to 15% cheaper. But the couple can get by on relatively little, he said.

"We could do a lot of things that we don't do," he said. "We are both adult children of Depression-era parents.

"It's not like we are struggling, but things have gotten more expensive," said Castro, a recently married accountant. "We want to be homeowners someday." 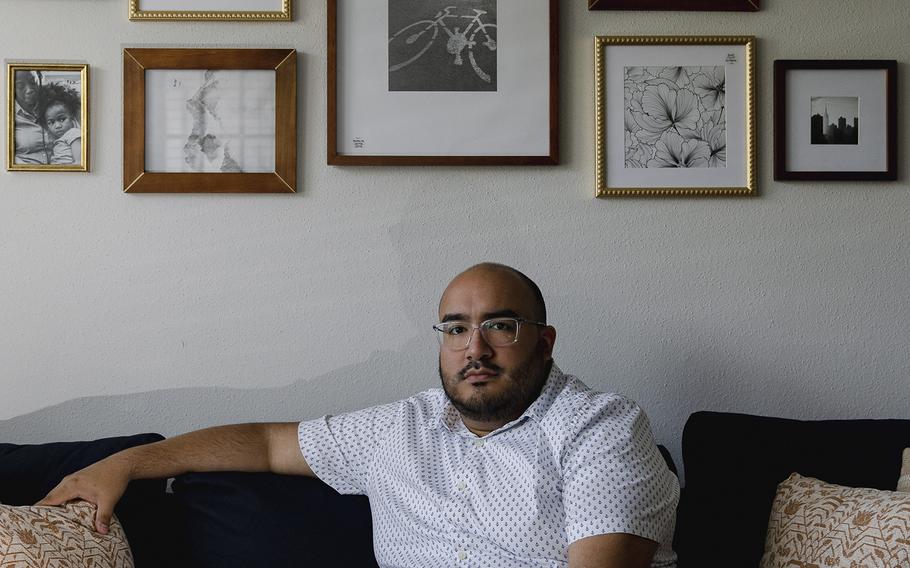 Recently he was surprised to see a butcher's cut of top sirloin on sale for only $7.

"For the first time in a while, there's meat that isn't ground beef," he said. Granted, "it's just two little pieces of meat." Typically he buys a lot of ground beef and chicken breast because it's less expensive.

"Now I don't do all of the wants. It's more of what we need," said Jones, a program manager and mother of two adult children.

She used to be very selective about the type of food she bought. The family would go for organic or boneless chicken breasts. Now they do cheaper cuts of poultry.

Her family is planning their weekly cooking more, cutting back on meat such as lamb and pork, and staying away from more expensive cuts. She has also doubled the size of her own garden: tending to a second 4-by-12-foot raised garden bed, growing her own lettuce and tomatoes, zucchini, basil and cilantro.

On his day off, Carothers is a meal-prepping machine. "I'm cooking a large amount of simpler products. But it means I have to eat a lot more of the same thing over and over again," he said. He'll whip up three dishes - for instance, one might be a seafood gumbo - and make eight or so servings of each, all served on rice, to stretch the portions further. 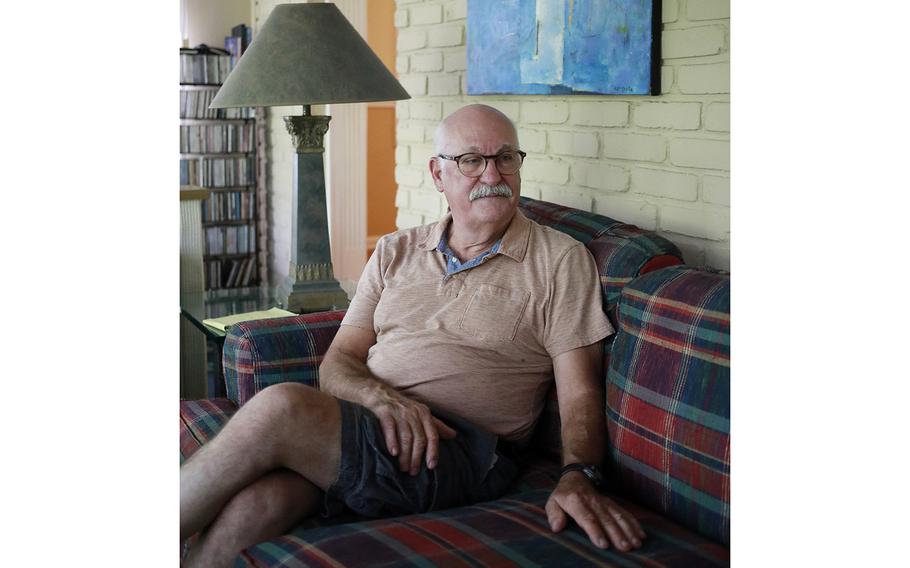 Scott Carothers, of Louisville, Ky., cooks a lot of food ahead. (Luke Sharrett for The Washington Post)

Though Carothers, who manages a bicycle shop, emphasized that he isn't hurting financially, he still felt the need to cut back.

He's also shrinking his Roth IRA contributions, which gives him some pause. "I am jeopardizing some of my future."

Johnson avoids taking her children to the grocery store because "little hands reach out and grab a lot more than I want them to."

Johnson, who works in health-care communications and public relations, said she is now cautious about adding anything extra to the shopping cart. Her money doesn't go as far anymore, and her income has stayed the same.

Her son has special needs and is particular about what he eats. Instant macaroni, one of his favorites, has gone from a four-pack for $4 to $5.50, for instance.

"It's not a huge thing, but I go through a lot of those things. He won't settle for anything other than this very specific food."

Valle, a teacher who recently moved in with her partner, says her fridge used to be filled with takeout boxes and food boxes. "Now it's filled with Pyrex dishes." 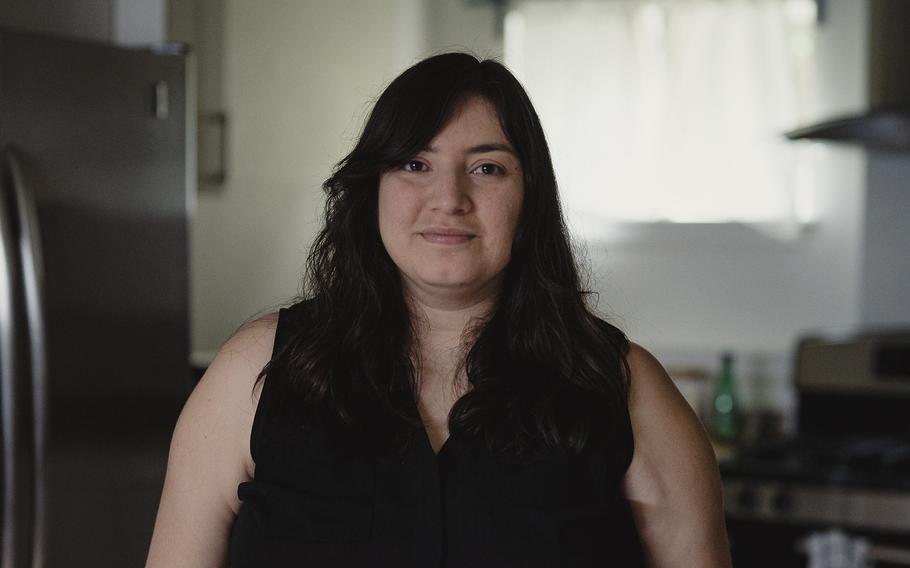 Krystal Valle, a teacher who lives in Seattle, has cut back on peanut butter. (Jovelle Tamayo for The Washington Post)

She and her boyfriend are more conscious of where they shop now - "It's interesting how much more food two people go through" - hitting up Costco to load up on multipacks of bacon, giant bags of chips and other bulk purchases. But she's cutting back on peanut butter, which was pricey even before the inflation upsurge.

At the same time, changing shopping habits still leaves room for some indulgence. Valle, she admits, has a sweet tooth. "There is a bulk-food grocery store in the next county, and they sell M&amp;Ms by the pound."

"I used to buy whatever I felt like buying," said Pynchon, a teacher who's been semiretired since 2011. "Because I am on a gluten-free diet, I have to eat more organic foods, and now I am not eating as much. I've cut down on the size of the meals."

"I am looking for different ways to be economical," she said. Her son recently bought her an AeroGarden to grow her own vegetables, and she's eating a lot more salad and fruit. She is also getting a 3% cost-of-living boost on her retirement plan.

"It helps," she said. "But groceries are going up a heck of a lot faster than that."

Lizzy Raben contributed to this report.