More than 4,000 flights canceled since Thursday amid strong storms 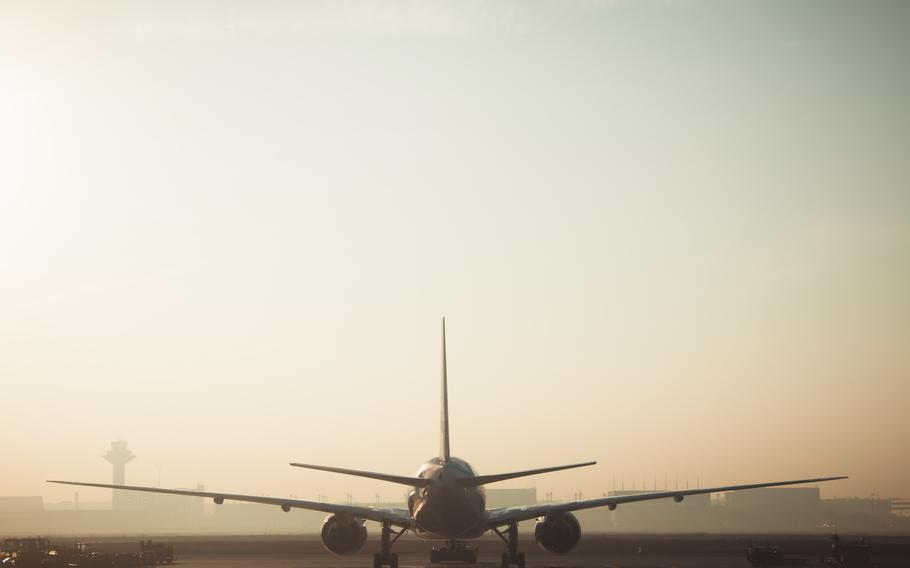 Travelers endured a difficult weekend at the nation’s airports as storms snarled air travel, prompting since Thursday, August 4, 2022, the cancellation of more than 4,000 flights and the delay of tens of thousands. (Pexels)

Travelers endured a difficult weekend at the nation's airports as storms snarled air travel, prompting since Thursday the cancellation of more than 4,000 flights and the delay of tens of thousands.

The troubles began Thursday as severe weather swept through the Northeast, where the Federal Aviation Administration issued ground stops at several airports. The inclement weather continued Friday, triggering another round of cancellations.

Those delays rippled throughout the nation's aviation system and affected virtually all U.S. carriers. The latest round of disturbances comes as airlines already are under scrutiny for their performance this summer, a period marked by heightened demand for air travel during a pandemic that saw airlines lose thousands of employees.

Some of the industry's worst-performing days in recent months have surrounded holidays — with significant numbers of cancellations over the Memorial Day and Father's Day/Juneteenth weekends. While staffing shortages have been an ongoing factor in this year's delays, weather appeared to be the main culprit in the latest round.

Friday was the roughest of recent travel days, with more than 1,500 flights canceled and more than 7,600 delayed, according to flight-tracking website FlightAware.com. The day saw more than half of Southwest Airlines' scheduled arrivals delayed by an average of nearly an hour. New York-based JetBlue Airways ran into similar issues; half of its Friday arrivals were delayed an average of 96 minutes. JetBlue did not respond to requests for comment.

United officials said thunderstorms and strong winds affected operations at the carrier's Newark and Chicago hubs, disruptions that rippled throughout its network. During the height of weekend disruptions, United customers were delayed an average of more than 90 minutes. Southwest and Delta Air Lines officials also said severe weather affected their operations.

By Sunday, the number of cancellations had dropped significantly, although delays remained a problem. The pace resumed Monday, when more than 4,200 delays were reported.

The latest delays come as airlines have taken steps in recent months to handle the increased demand for air travel after it nearly ground to a halt early in the pandemic. Despite more passengers, carriers have reduced the number of flights they operate. Those slimmed-down schedules mean fewer options for passengers when problems occur.

The nation's top transportation official, Transportation Secretary Pete Buttigieg, had to make alternative arrangements after two of his flights were canceled earlier this summer.

Frustrations over the industry's operational issues have spilled into public view this summer, with airlines blaming some of the problems on a shortage of air traffic controllers. While some disruptions this year have been tied to weather and staffing issues at key air traffic control centers, federal data shows that many are the fault of U.S. carriers.

According to data last month from the Bureau of Transportation Statistics, air carriers were directly responsible for about 41% of delays through May, a figure on par with 2021 but higher than before the pandemic. Late-arriving aircraft — another problem mostly attributable to airlines — accounted for an additional 37% of delays.

The data showed roughly 17% of delays were linked to problems with the nation's airspace, including congestion, bad weather or staffing at air traffic control facilities. That figure was the lowest since officials began tracking the data in 2004. Extreme weather is its own category, accounting for about 5% of delays.

The problems have prompted lawmakers and consumer advocates to push for more protections for passengers.

Last week, the Transportation Department proposed protections that include requiring airlines to issue vouchers with no expiration date to passengers infected with the coronavirus or other communicable diseases who decide to cancel their travel plans. DOT officials say that without the protections, would-be passengers face a choice between traveling and risking the health of fellow passengers or suffering a financial loss.

The public has 90 days to comment on the proposal. Then the Transportation Department will consider the comments before finalizing the rules.

"When Americans buy an airline ticket, they should get to their destination safely, reliably, and affordably," Buttigieg said in a statement. "This new proposed rule would protect the rights of travelers and help ensure they get the timely refunds they deserve from the airlines."

Also last week, a group of Democratic members of the House and the Senate introduced legislation that would build on existing federal refund rules. The bill would entitle passengers to refunds if they cancel tickets at least 48 hours before departure.

The number of delays and cancellations Tuesday appeared to be on the decline, with a only a handful of flights removed from the schedule.