From the one-China policy to the Taiwan Relations Act, here’s what you need to know 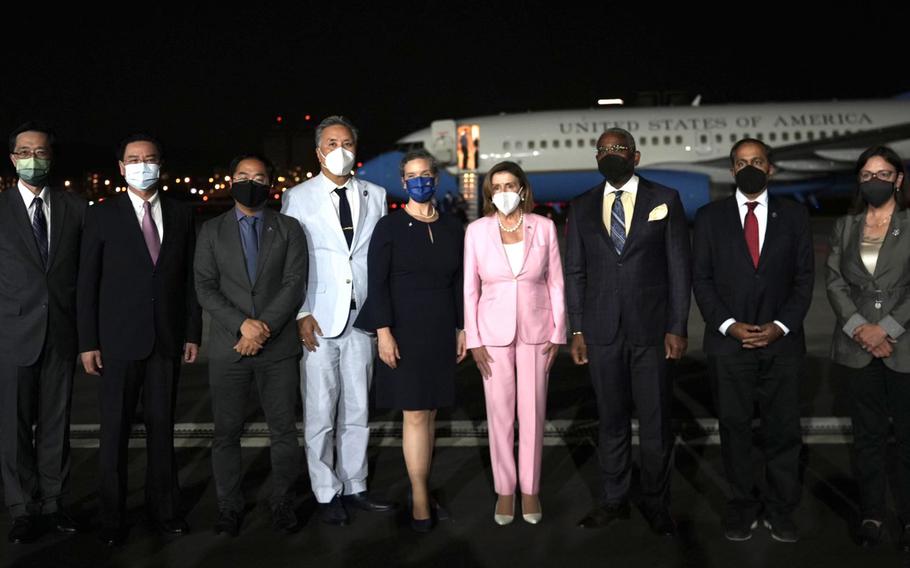 House Speaker Nancy Pelosi’s visit to Taiwan this week heightened tensions between China and the United States. Behind the recent developments, including Beijing’s show of force in response, are a long history of shifting ties and frictions.

Here’s what to know about the United States’ policies, communiques and assurances regarding China and Taiwan.

A: Under the policy, the United States acknowledges that there is only one China, without considering Taiwan a separate entity - with the understanding that Washington remains opposed to the use of force against Taiwan.

China views the one-China policy as official U.S. acknowledgment that Beijing is the only legitimate government in charge of both China and Taiwan.

Q: What is the Taiwan Relations Act?

The act states that Washington will view aggression and economic sanctions against Taiwan as a “threat to peace” in the Pacific and a “grave concern to the United States,” but it doesn’t guarantee U.S. military intervention should China invade Taiwan. Instead the United States promises to “make available to Taiwan such defense articles and defense services in such quantity as may be necessary to enable Taiwan to maintain a sufficient self-defense capability.”

The act also laid the legal groundwork for the creation of the American Institute in Taiwan, a nonprofit that functions as Washington’s de facto embassy.

Q: What are the three U.S.-China communiques?

A: The United States inked the first of three communiques with China regarding Taiwan in 1972, known as the Shanghai Communique. In that document, the United States acknowledged “that all Chinese on either side of the Taiwan Strait maintain there is but one China and that Taiwan is a part of China,” and “does not challenge that position.” The United States also expressed “interest in a peaceful settlement of the Taiwan question by the Chinese themselves.”

In the second communique, dated January 1979, the United States explicitly accepted Beijing as the “sole legal Government of China.” It set out the establishment of full diplomatic relations between the two countries, after which the United States also cut its long-standing mutual defense treaty and diplomatic ties with Taiwan.

The third communique, in August 1982, saw the United States repeat its acknowledgment of Beijing as the sole legal government of China, and that Taiwan was part of China. Although the two sides agreed to disagree regarding U.S. arms sales to the island, the United States said it would “gradually reduce its sale of arms to Taiwan.”

Q: What are the United States’ six assurances to Taiwan?

A: As relations between Beijing and Washington improved, Taiwan grew anxious about continued support from the United States. In 1982, President Ronald Reagan instructed U.S. officials to reassure Taiwan by making six pledges, according to declassified cables.

The exact phrasing of the six assurances has changed over the years, but they essentially state that the United States will not set a date for ending arms sales to Taiwan; will not mediate cross-strait relations; will make no attempt to pressure Taiwan into entering negotiations with China; will not alter its stance on Taiwan’s sovereignty; will make no changes to the Taiwan Relations Act; and will not consult China on U.S. arms sales to Taiwan.

In 2016, the U.S. House of Representatives and Senate passed resolutions containing the pledges.