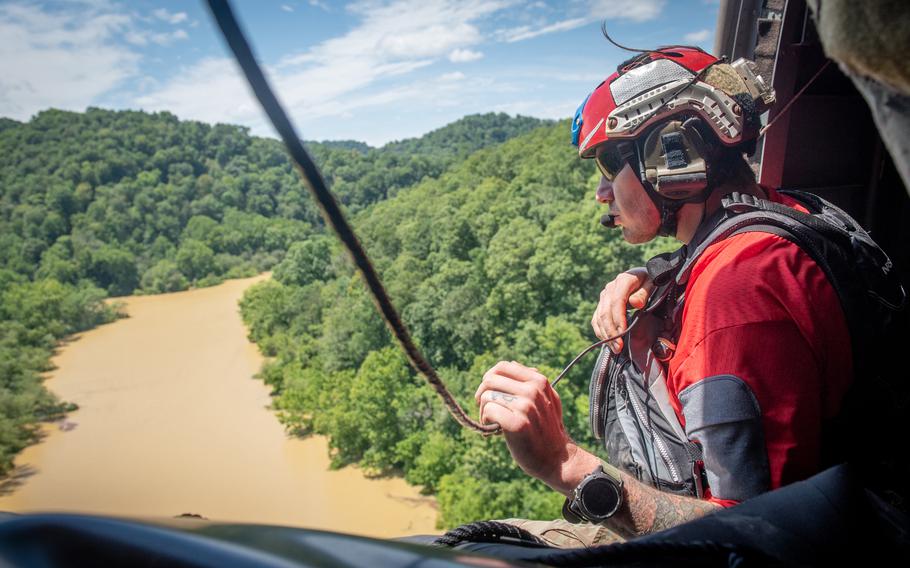 (Tribune News Service) — Six people have been arrested for looting and stealing in Perry County since flooding struck last week, and Kentucky National Guard military police were headed to at least two counties Wednesday in an effort to curb crime.

“Keeping people from stealing and looting” and tending to the welfare of flood victims were two of the focuses of the sheriff’s office on Wednesday, he said.

In a statement, Breathitt County Judge-Executive John Hollan said he had spoken with a Kentucky National Guard representative.

“The 223rd Military Police will be patrolling in the county, due to the imposed curfew and looting,” Hollan said.

Breathitt County has joined other counties and towns, including Letcher County and Hindman, in enacting curfews that generally run from 10 p.m. to 6 a.m.