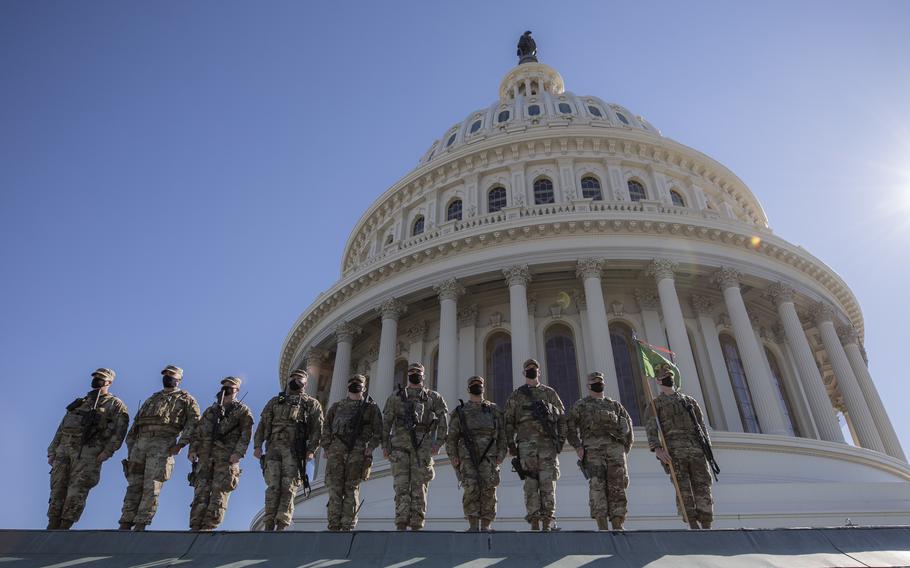 A Missouri man left a loaded 9mm semiautomatic pistol on the grounds of the U.S. Capitol on Jan. 6, 2021, according to prosecutors.

Jerod Thomas Bargar, 36, of Centralia, Mo., was arrested Wednesday; he is one of a small group of people accused of illegally carrying guns during the riot that forced a delay in certifying the results of the 2020 election.

Lawmakers investigating the attack revealed recently that President Donald Trump knew some members of the crowd were armed and said they should be let through security regardless. Only four other people have been charged with taking guns onto the Capitol grounds that day. But police have said they understood many more in the crowd to be armed. One defendant, Guy Reffitt, said in a video played at trial that from the front of the crowd, he could see eight firearms carried by five people. Reffitt, a Texas man who was the first Jan. 6 defendant to be convicted at trial, received a sentence of more than seven years for five felonies that included carrying a firearm to a riot — the stiffest punishment in the Capitol attack investigation so far.

In the Bargar case, Washington, D.C., police officers found the gun on the ground amid rioters about 2:30 p.m., according to an FBI agent’s affidavit, but did not know whose it was. The pistol was in a distinctive holster depicting the American flag and the words “We the People.” There was one cartridge in the chamber and 15 in the magazine.

Bargar was first identified through an anonymous tip and interviewed by the FBI on Jan. 18, 2021, according to the court record. He said he came to Washington, D.C., with a friend but did not enter the Capitol or do anything illegal in the “chaos” because he knew where the “line” was, according to the affidavit.

At the time, the agents did not know Bargar had brought a gun. The Bureau of Alcohol, Tobacco, Firearms and Explosives subsequently found that the gun had been owned by an individual who pawned it in Missouri, where it was bought by Bargar’s stepfather. In a subsequent interview, according to the affidavit, Bargar said he lost the gun when trying to help a woman who had been knocked to the ground. Bargar added that he wanted to be armed when he went to the “belly of the beast” for his own “self-protection.”

D.C. law bars concealed carrying of firearms without a permit and open carrying; no guns are allowed on the Capitol grounds. Bargar told the FBI he was unaware of those laws at the time of the riot.

A public defender who represented Bargar at his initial appearance declined to comment.