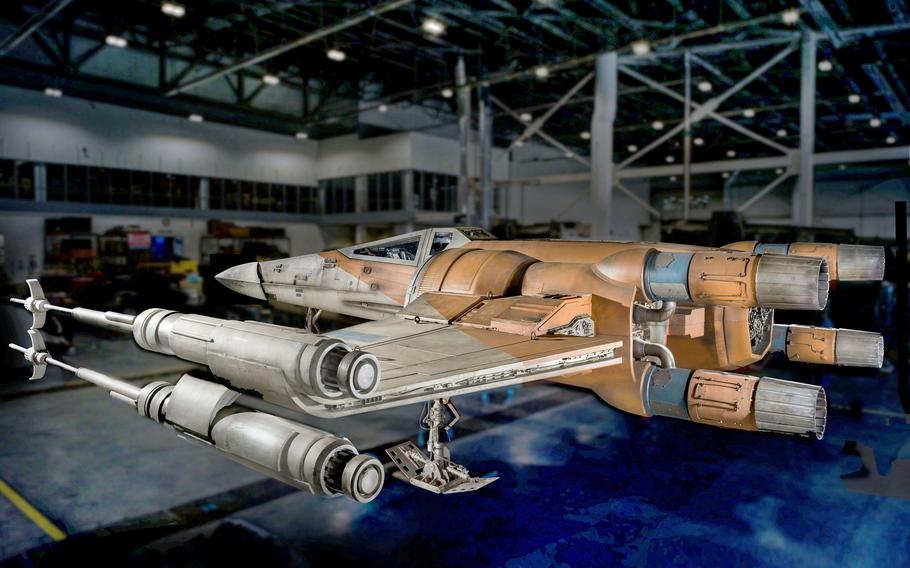 WASHINGTON — An X-wing starfighter from "Star Wars: The Rise of Skywalker" will be among the hundreds of new objects — including the plane flown by the first woman to break the sound barrier and a Saturn test engine similar to those used to launch Apollo astronauts to the moon — on display at the National Air and Space Museum when it reopens Oct. 14.

The reopening of almost half of the popular museum marks the end of the first phase in its seven-year, $1 billion makeover. Eight of its 23 galleries, an upgraded planetarium, store and café will welcome visitors for the first time since construction closed the building six months ago. They will encounter new artifacts alongside old favorites such as the Wright Flyer and the Apollo 11 command module, both showcased in new exhibits.

"We're not just reopening the same galleries. It is our hope folks will find it a new and engaging and contemporary experience," Museum Director Christopher Browne said. "We know the power of this place. It has been a place of inspiration and excitement for countless folks and for generations. We are not only continuing that tradition but advancing it to a broader and wider audience."

Museum officials will temporarily require timed passes for entry as a way to control what they expect will be large crowds, Browne said. 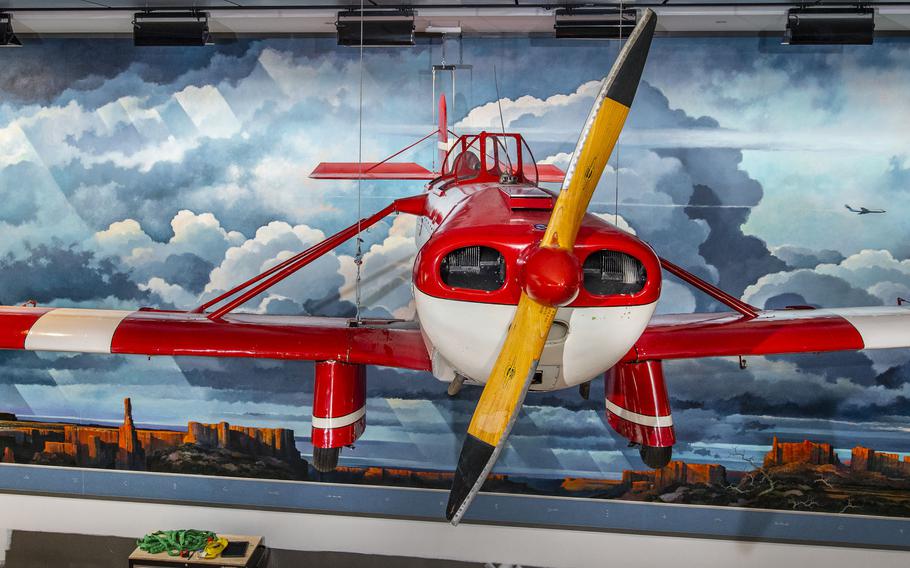 New exhibitions will tell more stories of women and people of color. In addition to Jacqueline Cochran's sound barrier-busting T-38, the museum will exhibit an aircraft built by Neal Loving, who in 1951 became the first African American licensed as a racing pilot.

"Our north star, if you will, in designing the experience was we want every visitor to see him or herself in the exhibition," Browne said. "We know the stories we tell resonate, and we know seeing is believing."

New artifacts expand the focus beyond aviation and space exploration. One gallery explores the county's fascination with speed.

"In 'Nation of Speed,' we talk about how the quest to go faster, whether in an aircraft, spaceship, motorcycle or car, has informed the American experience," Browne said. The gallery includes Mario Andretti's Indy 500 racecar, Erin Sills's BMW land speed record motorcycle and Robert Craig "Evel" Knievel's motorcycle.

Interactive exhibitions and videos have been added for a more modern experience. Next to Knievel's motorcycle, for example, is a pinball game that helps visitors understand the physics behind daredevil's stunts. In the "One World Connected" gallery, a replica of the space station's cupola offers visitors a view of space from an astronaut's perspective. 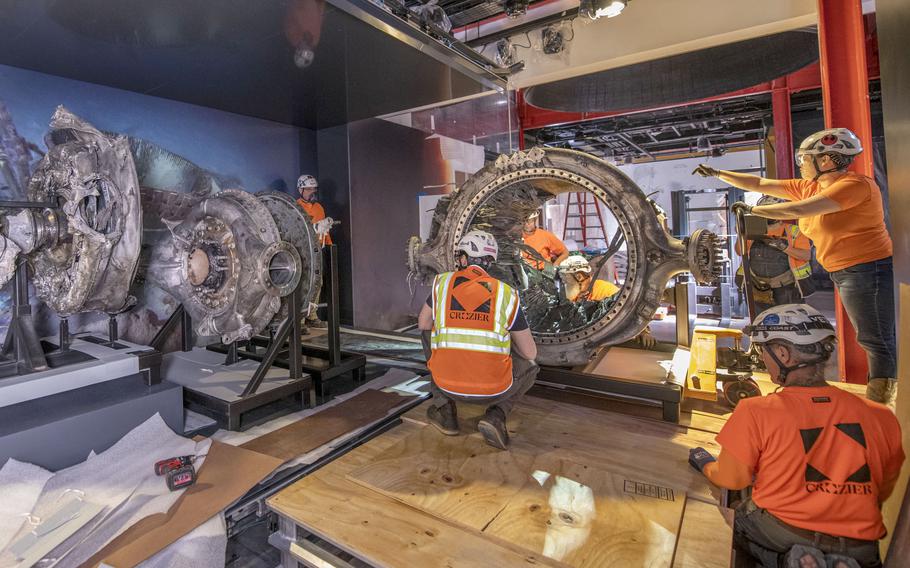 The renovation is the most expensive capital project ever undertaken by the Smithsonian and almost double what it cost to build the $540 million National Museum of African American History and Culture, which opened in 2016. Construction on Air and Space — a massive building that stretches along Independence Avenue from 4th to 7th streets SW — began in 2018 and was planned in phases to keep the popular museum partially open. (Nonetheless, the museum had to close March 28 to shift the work from the western side to the east.)

The federal government has provided $779 million — about 10 percent more than its initial $700 million pledge — for the repairs to the building, including the replacement of mechanical systems and its marble exterior and upgrades to its interior spaces and entrances. The museum has raised almost $250 million of a new $285 million goal for private donations. That money supports the redesign of the galleries and education and other programs.

With the reopening of the west side, the renovation will continue on the rest of the museum. The center core and galleries, Imax theater and a new entrance on the National Mall are expected to open in 2024. The eastern side of the building is scheduled to reopen the next year.

Although only part of the museum will be open in October, it will offer many wow moments, Browne said. "Destination Moon" will showcase the artifacts from the Mercury, Gemini and Apollo missions, including Neil Armstrong's spacesuit — which has been conserved and reinstalled — and Apollo 11's command module, Columbia, in a state-of-the-art, 360-degree display case. Visitors will be able to walk under and around an 18,000-pound rocket engine and see pieces of an Apollo engine later recovered from the ocean floor. 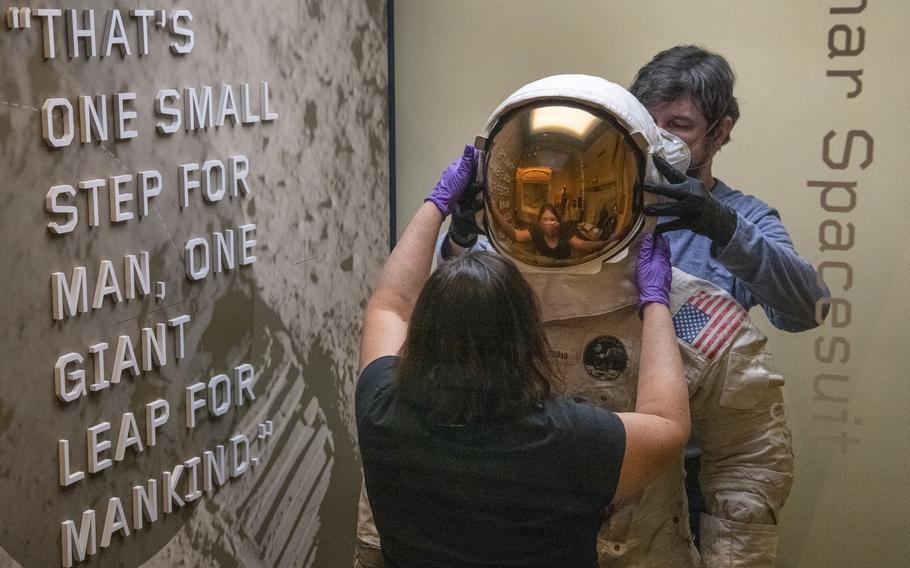 Lisa Young removes the helmet of the Armstrong Apollo 11 A7-L pressure suit with the help of Chris Crandall as the suit is temporarily stored. (Mark Avino/Smithsonian National Air and Space Museum) 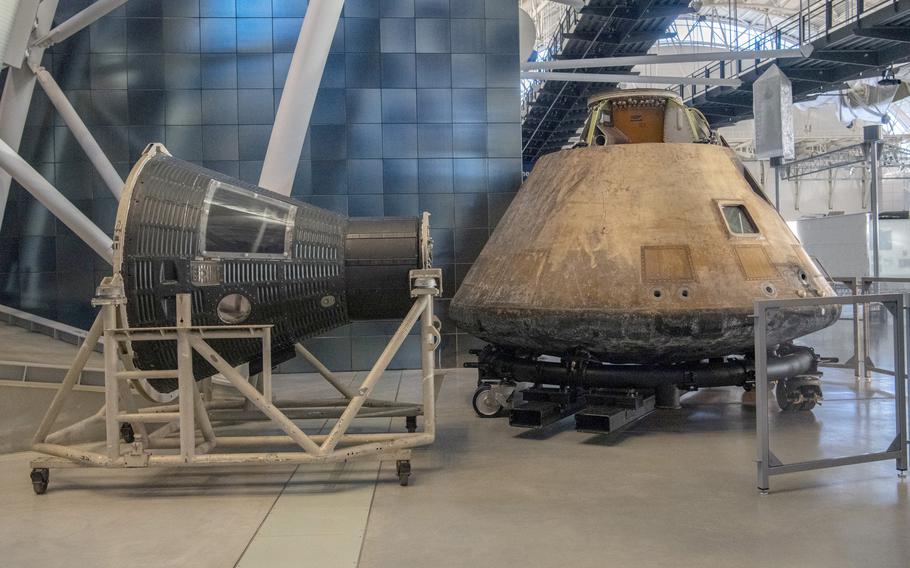 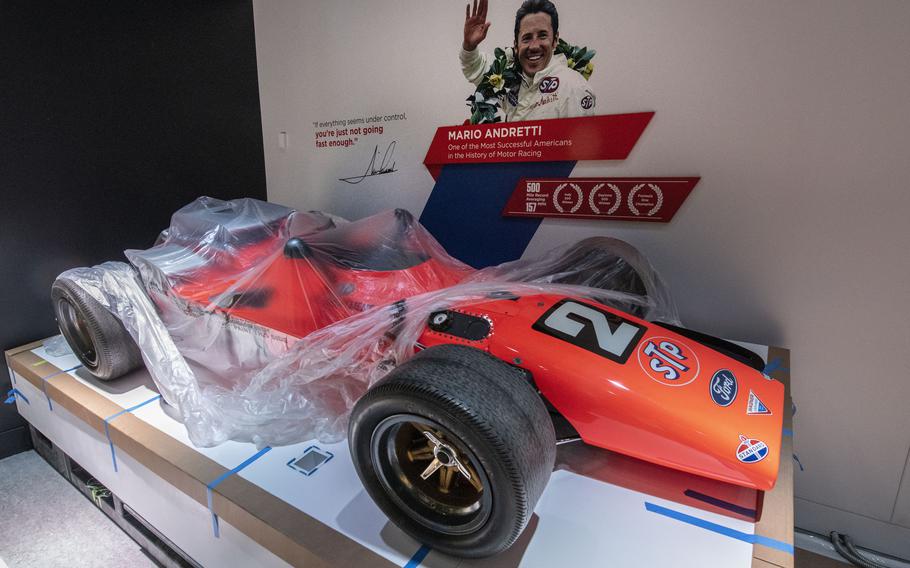 Mario Andretti’s 1969 STP Hawk No. 2 will be part of the “Nation of Speed” exhibition. (Jim Preston/Smithsonian National Air and Space Museum)

"Remembering that most of our visitors were not alive for Apollo, how do we convey this sense of a 'moon shot' and what was involved in fulfilling the challenge that President [John] Kennedy put forward," Browne said.

The new Wright Flyer exhibit explores the brothers' lives, their inventions and the influence they had on the world, and "Early Flight" details the dramatic innovations in aviation in the decade between the Wrights' first flights in 1903 and the start of World War I in 1914. Other galleries focus on general aviation, the planets and the technology that resulted from space exploration.

"This is an amazing opportunity to reinvigorate what was a sepia-toned gallery into a really colorful experience," Jeremy Kinney, associate director of research and curatorial affairs, said during a recent tour of the new "Early Flight" gallery. "It is really invigorating this dynamic story."

Free, timed passes will be available on the museum's website starting Sept. 14, and same-day passes will be distributed daily. The passes are expected to be used for several months, Browne said.