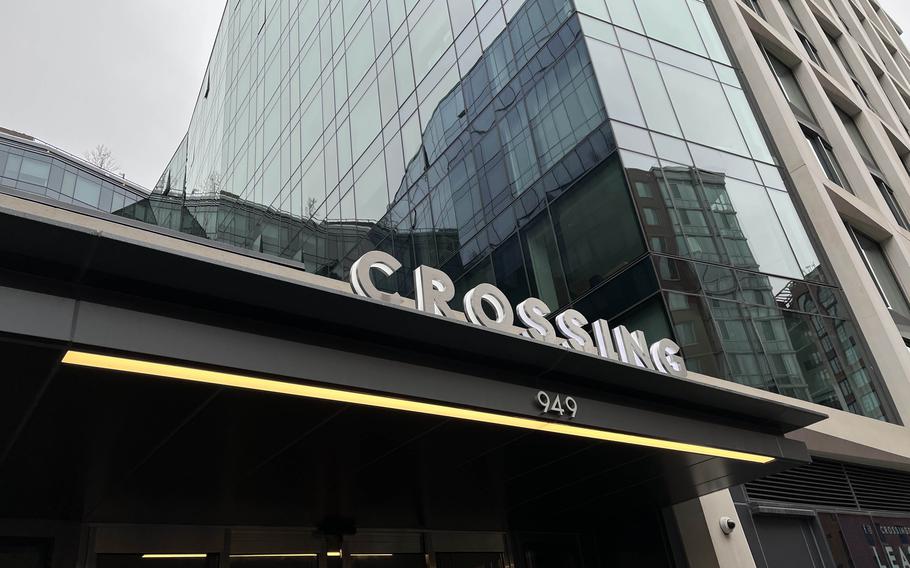 WASHINGTON — A man accused of posing as federal law enforcement and cozying up to U.S. Secret Service agents inside luxury high-rises in Washington pleaded guilty Monday to a federal conspiracy charge.

Arian Taherzadeh, 40, also pleaded guilty to voyeurism and unlawful possession of a large-capacity ammunition feeding device in a scheme that unfolded between December 2018 and April 2022. The voyeurism charge, revealed Monday, was connected to security cameras that Taherzadeh admitted to using to covertly record women.

He faces up to 46 months in prison on the conspiracy charge and additional time on the other offenses.

In reading the plea U.S. District Court Judge Colleen Kollar-Kotelly said in court Monday that Taherzadeh orchestrated the scheme to ingratiate himself with "federal law enforcement and the defense community" as well as "defraud apartment complexes" into granting him leases he could not afford.

On Monday, Taherzadeh admitted for the first time to a series of allegations associated with the ruse. He said he had created an entity called the United States Special Police to represent himself as a federal official even though the company was in no way associated with the U.S. government. He also acknowledged that he had lavished gifts onto real members of the U.S. Secret Service — like a rent-free penthouse apartment and a gun locker — in order to "deepen [his] relationships with them." It was still unclear to what end Taherzadeh pursued friendships with law enforcement, including officials assigned to protect the White House and first lady Jill Biden.

As part of the scheme, Taherzadeh admitted to setting up surveillance cameras inside and outside of his apartment unit to secretly record women engaged in sexual activity.

The guilty plea was the latest step in a months-long investigation that became public one afternoon in April when a squad of heavily armed federal agents stormed into the Crossing, a luxury apartment building in the Navy Yard area. Taherzadeh and a 36-year-old man named Haidar Ali, who were living in the building at the time, were charged with impersonating federal law enforcement.

A subsequent investigation uncovered a trail of deception alleged in court documents and lawsuits that spanned multiple apartment buildings and multiple years. In each complex, Taherzadeh pretended to be a federal law enforcement officer by obtaining equipment like police badges and tactical gear and, in one case, an unlicensed gun with 61 rounds of ammunition, he admitted in his plea.

He fabricated stories about his background and made up covert task forces to recruit others and defraud owners of apartment complexes into providing him with apartment units and parking spaces for his fake law enforcement operations.

The Crossing, Carver and Sonnet apartment complexes together lost more than $800,000 in unpaid apartments, parking spaces and other fees, according to prosecutors.

At one point, Taherzadeh set up a fake "recruiting process" for Homeland Security and Investigations in which he shot a recruit with an air rifle to "verify him," he admitted in court filings.

"We shot each other for fun," he said in court Monday. "It was something we did as a drinking game."

He also admitted in court to visiting a Secret Service employee while he was on duty near the White House complex by tracking him through his iPhone location.

Taherzadeh and Ali pleaded not guilty before Taherzadeh signaled last month that he had changed his mind. Ali's attorney has argued that he believed he was working for a legitimate security company.

Taherzadeh is on home release with travel restrictions. A status hearing is scheduled for Nov. 2. A sentencing date has not yet been set.