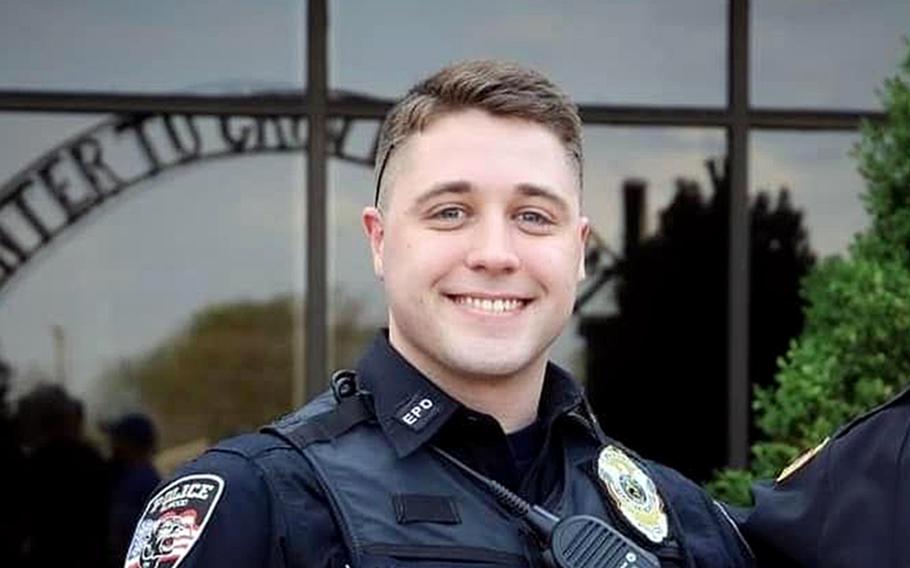 (Tribune News Service) — A 24-year-old police officer was shot and killed during a traffic stop in Indiana, less than a year after joining his small town’s department, officials said.

Noah Shahnavaz, a military veteran who served five years, had only been with the Elwood Police Department for 11 months when he pulled over 42-year-old Carl Roy Webb Boards II, on Sunday, July 31.

It was around 2 a.m. when Shahnavaz performed the stop, Indiana State Police Sgt. Scott Keegan said at a media briefing Sunday.

The 2012 Buick Lacrosse pulled over and, for “an unknown reason,” Boards II got out of the car and opened fire on Shahnavaz, hitting him at least once.

The rookie officer later died at a hospital, leaving behind a mother, father and siblings, officials said.

Boards sped away from the scene, Keegan said.

Police in Hamilton County spotted the Buick half an hour later. They pursued, kicking off a chase.

Close to the intersection of State Road 37 and 141st Street, officers deployed spike strips or a similar device, destroying the tires on Boards’ vehicle, Keegan said. But he kept going.

As he neared U.S. Interstate 69, officers with the Fishers Police Department were waiting, according to Keegan. They joined the chase and pulled off a PIT maneuver, causing Boards to lose control and crash into a guard rail — at which point he surrendered.

“When is it going to stop?” ISP superintendent Doug Carter asked at the media briefing.

“This young man served this country for five years and chose to come back and serve a local community,” only to be killed in a “senseless act of violence.”

The county prosecutor’s office said that it will be filing charges against Boards, including murder, possession of a firearm by a violent felon, resisting law enforcement, and more. Prosecutors said they may also pursue the death penalty, depending on what evidence is found by investigators.

Boards is being held at the Hamilton County jail, officials said.