The North Beach Swimming area was once used as a testing site for rockets and bombs by the U.S. Navy in the 1940s and is now “closed until further notice” because of unexploded military ordnance, the agency said in a July 31 news release.

Seven “and counting” pieces of old explosives and rockets have washed up along the lifeguarded beach over the past two weeks, NPS said.

Beachgoers who discovered rocket fragments have brought them to nearby lifeguards and the beach’s visitor center, according to the release. However, NPS urges everyone to “not do this as it is potentially very dangerous.”

“Most of these pieces are just metal fragments, but some may still contain residue of either explosives or propellent and thus must be considered dangerous,” the park service said.

After the Navy used the beach area to test munitions, the debris was buried underneath the sand along the island during a clean up in the 1950s, according to the agency. Some of these sand pits have since moved “offshore” due to rising sea levels and natural changes on the island.

A May nor’easter is possibly to blame for the influx of explosive debris, NPS said in the release, as it is likely the storm “disturbed the nearshore seafloor and uncovered one of these pits.”

The public is advised to avoid any metal fragments found on the beach as the Ocean City bomb squad and a Dover Air Force Base Explosive Ordnance Disposal team have been responding to the pieces, according to the agency.

The beach areas north and south of the North Beach Swimming area is still open, the release said.

Assateague Island is 37 miles long and is in Maryland and Virginia. It is famous for its wild horses, which roam freely on the island’s shores. 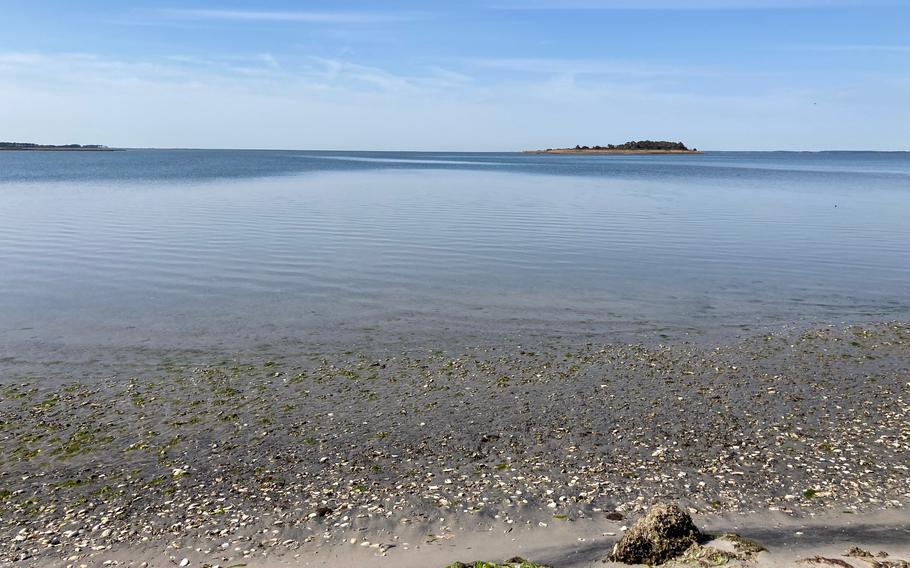