1 winner in $1.3B Mega Millions jackpot, ticket sold in Illinois 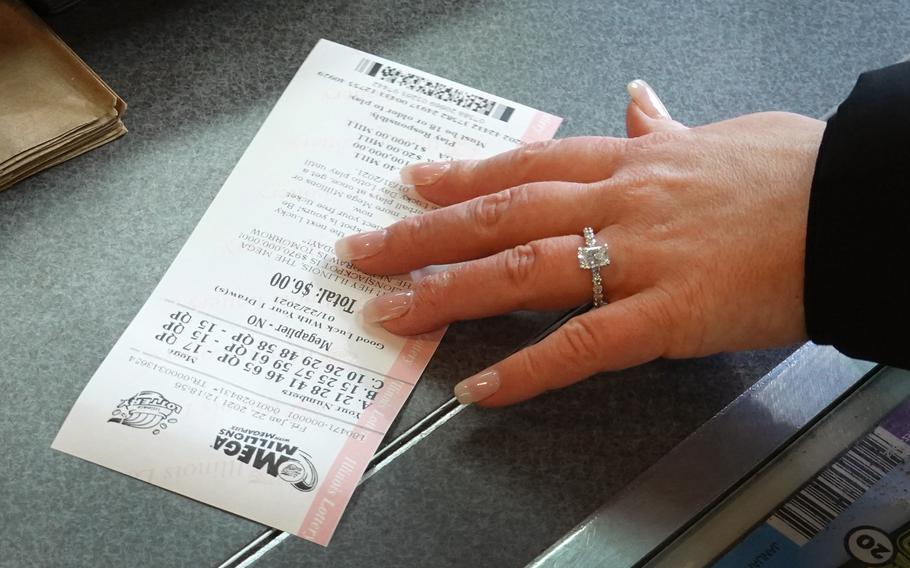 A customer purchases a Mega Millions lottery ticket at a 7-Eleven store in Chicago on Jan. 22, 2021. (Scott Olson/Getty Images/TNS)

One Illinois ticket holder has won a whopping $1.337 billion after all of their numbers matched the latest drawing in the billion-dollar Summer Splendor-Mega Millions jackpot.

The $1.337 billion figure is based on a 29-year installment plan. Most people opt for the cash option, which is this case is a staggering $780.5 million.

The jackpot is the second-largest since the game debuted two decades ago. The largest was a $1.537 billion pot in 2018. That ticket was purchased in South Carolina.

The newly minted multimillionaire, whose name was not published, bought the ticker in a gas station in Des Plaines, about 20 miles northwest of Chicago.

"Congratulations to the Illinois Lottery for selling the winning ticket for the $1.337 billion Mega Millions jackpot," Ohio Lottery Director and current Lead Director for the Mega Millions Consortium Pat McDonald said in the release.

The game is "thrilled to have witnessed one of the biggest jackpot wins in Mega Millions history," said McDonald.

"We're eager to find out who won and look forward to congratulating the winner soon!" the statement continued.

The Illinois winner isn't the only one who will have more than enough for a rainy day after Friday's drawing. Twenty-six others across 15 states — including in New York, Pennsylvania and Florida — won what is effectively the second prize, raking in $2 million each.