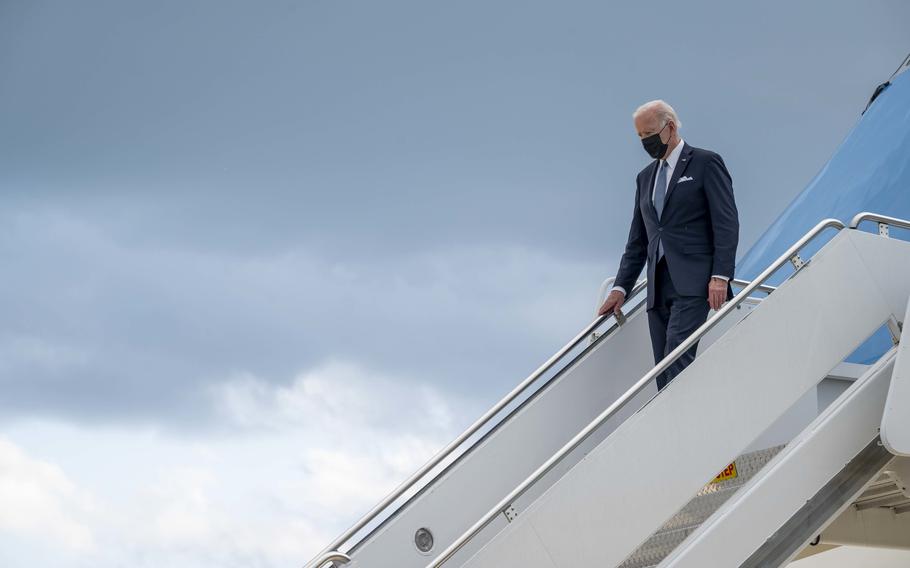 U.S. President Joe Biden and Chinese President Xi Jinping told aides to plan an in-person meeting during a Thursday call, a U.S. official said, as both leaders staked out their positions in a simmering dispute over Taiwan.

If confirmed, it would be their first face-to-face exchange since Biden became president, and a sign that Xi plans to return to in-person diplomacy after not leaving China for more than two years due to Covid controls. The Chinese Foreign Ministry statement didn’t mention any such meeting, saying only that the two men agreed to keep up communications.

The fifth conversation between the leaders of the world’s two largest economies centered on Taiwan, a longtime flashpoint exacerbated by U.S. House Speaker Nancy Pelosi’s possible visit to the island next month. Beijing has warned of a “firm and strong” response if the trip goes ahead.

Both sides described the two hour, 20 minute conversation as “candid” and the U.S. also said it was substantive. Neither side described the discussions as “constructive,” a term the Chinese had used after past calls between the leaders. U.S. Ambassador to China Nicholas Burns had said in June that relations with Beijing have deteriorated to probably “the lowest moment” since former President Richard Nixon’s landmark visit to China in 1972.

Stephen Orlins, president of the National Committee on U.S.-China Relations, said the call was productive because it had “put a floor” under the relationship, despite the “elephant in the room” of Pelosi’s trip. “The fact that it occurred, the fact that there were reasonably positive statements put out by both the United States and China, is progress because you have to start from the baseline that the relationship is deeply, deeply troubled,” he told Bloomberg Television.

The Taiwan dollar has been consolidating in a narrow range between 29.89-29.97 per dollar this week in a sign that traders were unperturbed by the tensions spurred by Pelosi’s possible trip. Still, the one-month Taiwan dollar implied volatility and picked up after touching the lowest since February on Tuesday.

A senior U.S. administration official declined to say in a news briefing Thursday whether the two men had discussed Pelosi’s trip. When pressed on that point at a regular news briefing Friday in Beijing, Chinese Foreign Ministry spokesman Zhao Lijian said only that the call was made “against the background of the potential visit to Taiwan by Speaker Pelosi.”

Readouts of the exchange from both sides showed the two leaders had restated their well-established positions on Taiwan.

Xi told Biden it was the Chinese people’s will to “safeguard China’s national sovereignty and territorial integrity” over Taiwan, which the Communist Party considers a breakaway province, according to the Chinese statement. He added that “whoever plays with fire will get burnt,” repeating a warning he’s used in past calls with the U.S. president.

Biden said the U.S. “strongly opposes unilateral efforts to change the status quo or undermine peace and stability across the Taiwan Strait,” according to a White House statement released after the Chinese one. He also reiterated the U.S. ‘One China’ policy that established ties between Washington and Beijing a half century ago, under which only Beijing is recognized as the government of China.

China views any Taiwan trip by Pelosi as a violation of that deal. Pelosi has refused to confirm her travel schedule, citing security concerns. Her current Asia itinerary includes stops in Indonesia, Japan and Singapore, a person familiar with the matter said Wednesday, adding that Taiwan remains off the official agenda.

The White House has said any Taiwan visit is Pelosi’s decision, but Defense Department officials have privately expressed unease to the speaker and her staff. The American, Chinese and Taiwanese military are all active around the island and an aircraft carrier battle group led by the USS Ronald Reagan entered the South China Sea this week as part of what the Navy said was a scheduled operation.

Wang Yang, the Communist Party’s No. 4 official, told a meeting Tuesday that “no individual and no force should underestimate the resolve, the will and the ability of the Chinese people to defend their national sovereignty and territorial integrity.”

At the same time, U.S. lawmakers from both parties have argued it is important the leader of Congress doesn’t cave to pressure from China. Biden has said little publicly about the matter, but told reporters last week the U.S. military didn’t think the visit was a good idea, prompting consternation in Taiwan. He didn’t take questions from reporters after delivering remarks on the economy following the Xi call.

Biden is still assessing whether to cut some of the tariffs imposed on Chinese imports by his predecessor, former President Donald Trump. A senior administration official said Biden didn’t share any potential next steps on tariffs with Xi.

The White House said in its statement the call was part of an effort to “deepen lines of communication” and “responsibly manage our differences and work together where our interests align.” Aides of the two leaders would now follow up on joint efforts to address climate change and health security, it added.