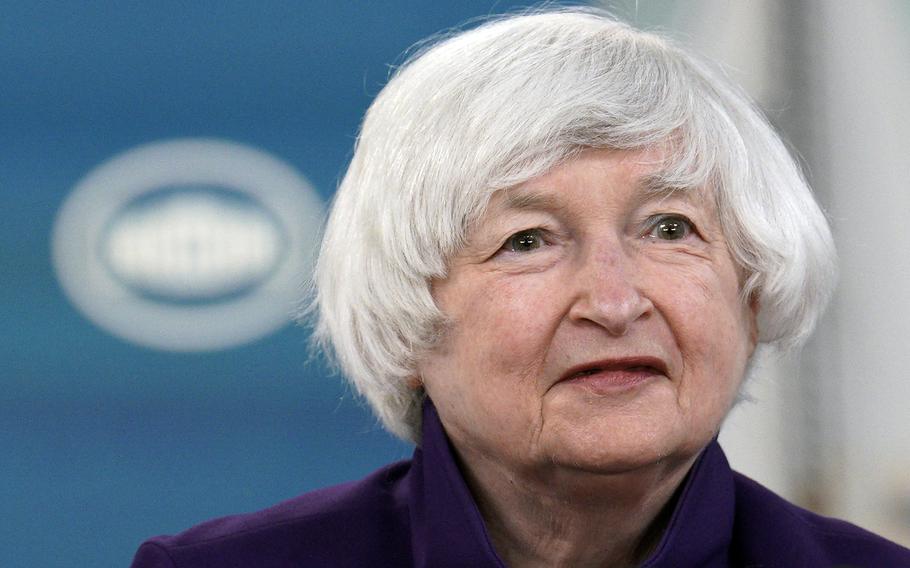 That tripwire now looks to be tested by its biggest member economy: the U.S.

Just as feared by some negotiators, Congress has shown little appetite for enacting the 15% worldwide minimum tax. Democratic Sen. Joe Manchin — a swing voter in the 50-50 chamber — said this month he's not prepared to go ahead with a legislative package that contained the measure.

Manchin, however, did say Wednesday that he backs a 15% domestic corporate minimum tax, which President Joe Biden has previously proposed, but with limits. Manchin did not make any reference to the global minimum tax.

That now leaves the U.S. at risk of forgoing billions of dollars of tax revenue from its own corporations, however. Overseas authorities would be able to top up taxes on American firms that pay less than 15% to the IRS on their earnings in that location. The bigger the take-up of the agreement abroad, the better the chances of eventual American enactment — even in face of concerted Republican opposition, observers say.

"It's not fatal," if Congress fails to endorse the deal now, said Ruth Mason, a University of Virginia School of Law professor who specializes in cross-border tax issues. "Negotiators anticipated that there might be holdouts, and they built in to the structure what I call 'fiscal failsafe,' which says if the home country doesn't tax then some other country is going to tax."

Yellen herself has pointed to the dynamic, saying in a recent interview that "the money's not going into U.S. coffers. It seems stupid."

"Effectively we're subject to it," she said of the minimum tax — given how U.S. firms would be paying it abroad. "But it's a dumb way to be subject to it."

How quickly that will happen isn't immediately clear, with other key economies moving at different speeds.

The European Union, meantime, has been held up by Hungary, which opposes raising its taxes to meet the 15% minimum. The Czech Republic, which holds the rotating presidency of bloc through year-end, aims to get a formal agreement among the region's finance chiefs in October, according to Czech Finance Minister Zbynek Stanjura.

The 15% minimum is one piece of a two-part global deal brokered by the Organization for Economic Cooperation and Development, aimed at stopping "race-to-the-bottom" competition among countries to offer the lowest corporate tax rates.

Tactics by multinational firms to shift profits and tax liabilities can cost countries up to $240 billion annually, according to OECD estimates.

Known as Pillar Two, the minimum tax, primarily works through a mechanism called the income inclusion rule — which allows a country where a company is headquartered to apply an extra levy if that firm isn't paying a full 15% in another jurisdiction. It's an effective topping up.

If the headquarter country doesn't apply that rule, then others can go in to grab that top-up revenue — under the so-called undertaxed profits rule. That's what provides the incentive for countries to adopt the minimum, and ensures companies are facing the 15% rate in every jurisdiction.

"If the U.S. continues to not act, other jurisdictions will have an opportunity to claim revenue off the U.S. tax base," said Daniel Bunn, executive vice president at the Tax Foundation, a right-leaning think tank.

The congressional Joint Committee on Taxation released estimates July 25 that the US would collect an additional $318.7 billion over the next 10 years by implementing the 15% global minimum tax and exercising the undertaxed-profit rule.

The other component of the global deal, known as Pillar One, seeks to tax a portion of the profits earned by multinational giants based on where they generate revenue — rather than where they're domiciled. Details on that piece are still being hammered out, and the agreement potentially faces an even tougher route toward global adoption.

Both pillars are now expected to be in place by 2024, according to OECD estimates.