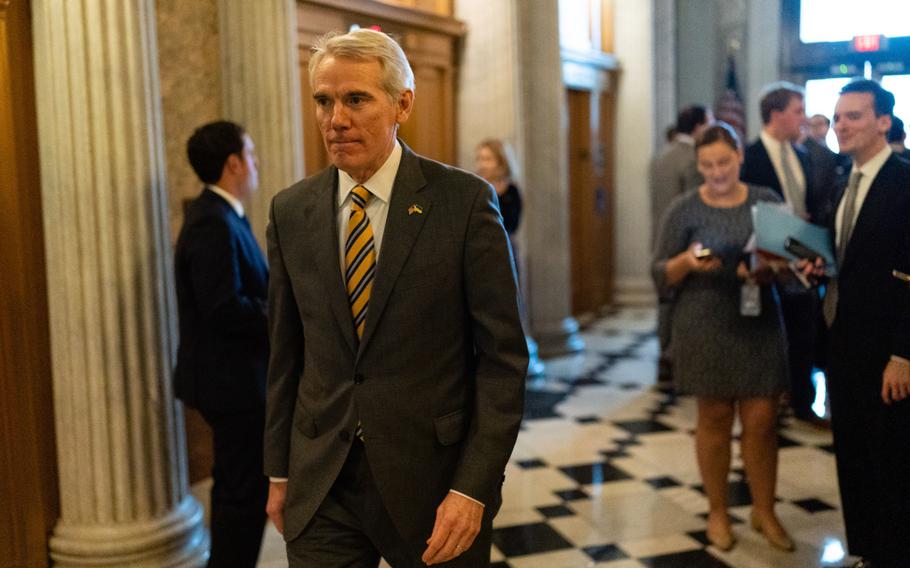 The report, from Ohio Sen. Rob Portman, said the Fed’s own investigations had identified several employees with connections to Chinese talent recruiters, as well as efforts to gain insight into monetary policy and access to internal data.

“The risk is clear, I urge the Fed to do more, working with the FBI, to counter this threat from one of our foremost foreign adversaries,” Portman, the ranking member on the Senate Committee on Homeland Security and Governmental Affairs, said in a statement.

Fed Chair Jerome Powell, in a letter to Portman, registered “strong concerns about assertions and implications” in the report, while assuring the senator that Fed staff with access to sensitive information undergo “comprehensive” background checks.

The report, published Tuesday ahead of the start of a Fed policy meeting in Washington, comes amid already-heightened tension between the U.S. and China over the possibility that House Speaker Nancy Pelosi visits Taiwan in the coming weeks.

The Fed’s policy deliberations are highly confidential and documents supporting their decisions often move financial markets when published. The Fed, which consists of a board in Washington and 12 regional branches, also has vast troves of information on the risks and capital positions of the largest financial institutions.

In addition, the report cited two occasions where a senior adviser at a Fed bank tried to download large troves of internal data to an external site. In a separate incident, the report says another reserve bank economist in 2018 transferred modeling code data to a Chinese university with ties to the People’s Bank of China.

It said that the senior reserve bank adviser received a request with someone with ties to the Chinese government for confidential information on three reserve bank presidents’ views on rate hikes. The report also describes one incident from 2019 when Chinese officials allegedly detained a Fed bank employee on four occasions in Shanghai and copied this person’s contact information.

Individuals were not identified in the report. But committee aides described them as senior Fed staffers, though not at the highest level of the institution.

Portman said that he hoped the probe, which is based on the Fed’s own documents and corresponds with assessments made by the Federal Bureau of Investigation, “wakes the Fed up to the broad threat from China to our monetary policy.”

Portman has sponsored a bipartisan bill called the Safeguarding American Innovation Act that seeks to keep U.S. taxpayer funded research and intellectual property from being stolen by Chinese spies.

A version of the legislation was originally part of an expansive proposal to revamp the U.S.’s flagging research and development infrastructure last year but was not included in a streamlined version of the measure the Senate will consider this week. Portman has urged his colleagues to add the measure back into the bill.

Despite all these allegations, the report said, the Fed has not provided “sufficient ongoing cooperation” with law-enforcement and intelligence agencies. All but one of the Fed officials still has access to confidential information, the report said. In a conference call with reporters, committee aides said the FBI has sent the Fed several counterintelligence suggestions and has chosen not to implement all of them.

Powell, in his letter, said the Fed took any violation seriously and would not hesitate to refer matters to law enforcement where appropriate, adding “we would be concerned about any supportable allegation of wrongdoing.”