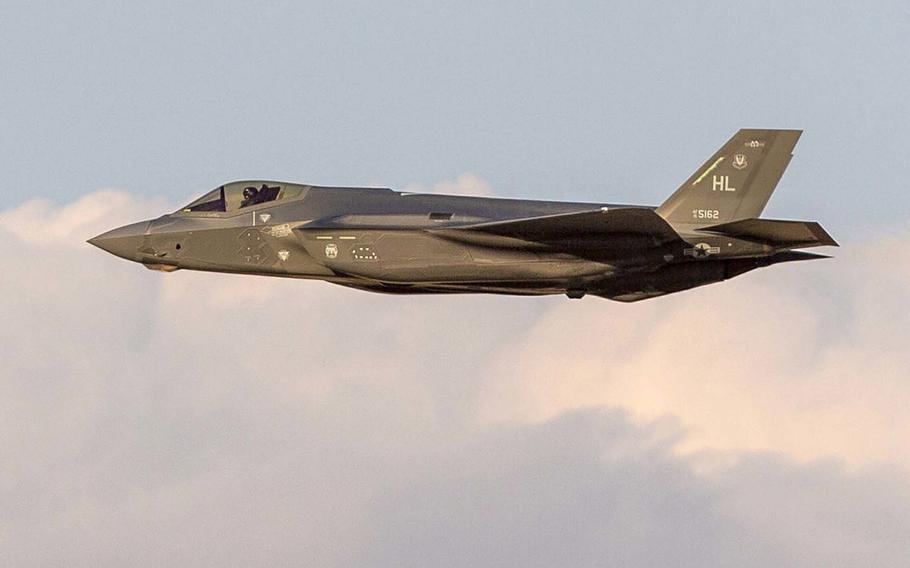 Lockheed Martin's next mega-contract for several hundred F-35 jets will be worth about $30 billion, according to a defense official familiar with the negotiations, but the total number of fighters purchased has been affected by inflation and COVID-related delays.

The exact number of stealthy, next generation fighters included in the deal will be provided once the contract is awarded — a move that could come this summer or early fall — though a lot of work remains to get to that point, said the official, who asked not to be identified pending completion of the contracting process.

The Pentagon last week announced that it reached a preliminary agreement with Lockheed Martin on what is now a planned 375 aircraft for the 15th through 17th production contracts. That's a drop from a potential 485 listed in February 2019, before negotiations began, and 404 in April 2019, according to a decision memo from acting acquisition chief Stacy Cummings.

Lockheed Martin spokeswoman Laura Siebert said in an email that "quantities for each contract are determined by our customers to meet their mission planning needs and budget requirements."

The then-F-35 government program manager, Lt. Gen. Eric Fick, told reporters in March that the per-jet cost of the next batch would rise.

"I think it's likely that we'll see costs rise, on a tail-by-tail basis," he said. "There are some pretty stiff headwinds that we're working to counter" such as COVID-related production cost increases, supply chain disruptions and inflation, he added. "We only have so much money."

Since Fick's remarks, the F-35 Joint Program Office and Lockheed Martin have "made significant progress in negotiations," Pentagon spokesman Russell Goemaere said in a statement.

The program office has "considered the actual costs of production during the COVID-19 pandemic and updated information in regards to inflation, which resulted in lower quantities," he said. The Pentagon is also placing "more priority on investments in sustainment to improve F-35 readiness," he said.

The Government Accountability Office earlier this year said that F-35 readiness rates for the Air Force, Navy and Marine Corps have improved since 2019 but still fall short of program goals. The aircraft could fly and perform all its assigned missions 39% of the time in 2020 before slipping to 38% in fiscal 2021. That's far short of goals of 72% for the Air Force and 75% for the Navy and Marine models.