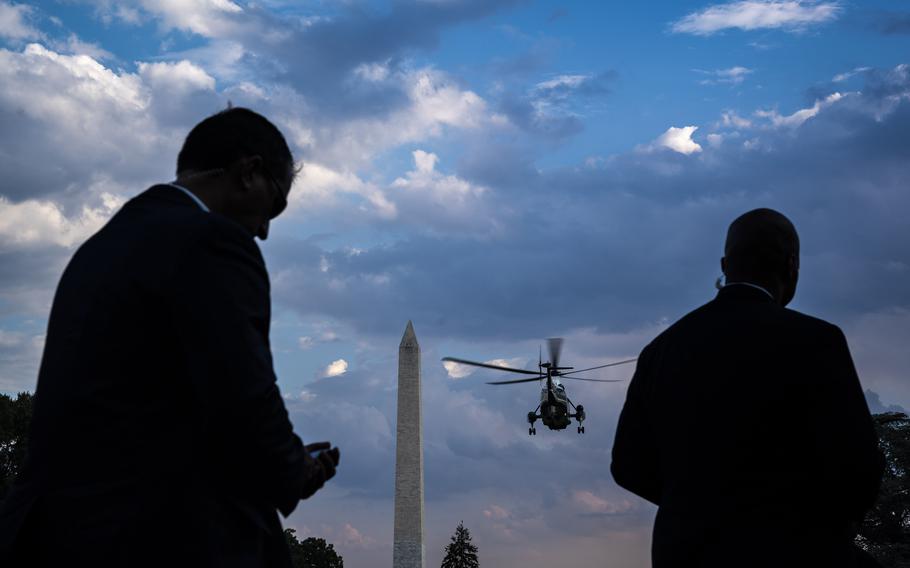 The Department of Homeland Security’s watchdog has launched a criminal probe into the Secret Service’s erased text messages from around the time of the Jan. 6, 2021, attack on the U.S. Capitol.

The department’s Office of Inspector General immediately instructed the Secret Service to halt its forensic search for agents’ telephone texts.

Secret Service spokesman Anthony Guglielmi confirmed Thursday that the inspector general notified the agency in a letter about the investigation. He said the Secret Service alerted lawmakers investigating the Capitol attack by supporters of former president Donald Trump about the probe.

“We have informed the January 6th Select Committee of the Inspector General’s request and will conduct a thorough legal review to ensure we are fully cooperative with all oversight efforts and that they do not conflict with each other,” Guglielmi said in a statement.

The letter from Inspector General Joseph Cuffari’s office came within an hour of a Washington Post story Wednesday revealing that his office had failed for months to alert Congress that the Secret Service deleted texts for this key period of time surrounding Jan. 6.

The letter from Cuffari’s office also came after the Secret Service notified the House select committee that it could provide no new texts in response to their subpoena last week due to massive deletions of those records — and also that the agency had launched a fresh investigation to see if it could find them.

The erased texts of Secret Service agents — some of whom planned Trump’s logistics on Jan. 6 and followed him as he sought to overturn the election results — could offer investigators insight into Trump’s actions as his supporters raided the Capitol in a failed and violent quest to stop the peaceful transfer of power in the United States.

The inspector general’s office sent the letter to the Secret Service late Wednesday. The office instructed the Secret Service to cease its forensic review of texts and anything else that could be construed as interfering in a criminal investigation.

The Secret Service then notified the Jan. 6 committee that it could no longer try to provide them with documents responsive to their subpoena or investigate ways to recover missing texts.

The letter from the inspector general’s office marked a week of escalating exchanges between the Office of the Inspector General and the Secret Service over the agents’ messages.

Cuffari last week accused the Secret Service of erasing texts from Jan. 5 and 6 after his office requested them. The agency denied maliciously destroying records and said some data was lost in a planned migration of employees’ phones that started last year.

The House select committee investigating the Capitol attack issued a subpoena to the Secret Service on Friday requesting records.

In response on Tuesday, Secret Service Assistant Director Ronald Rowe wrote to the committee that officials were making “extensive efforts” to determine if the messages of 24 Secret Service employees in particular had been lost and “if so, whether such texts are recoverable.”

Officials said they were interviewing employees, who have not been identified, pulling metadata and tracking down devices of specific employees to conduct “forensic” exams to see if any messages could be found — all efforts that the OIG’s inquiry could now paralyze.

Rowe’s letter said the agency found only one text exchange from around the time of the Capitol assault, a plea for backup from the Capitol Police to the Secret Service.

In addition to the OIG and the House committee, the National Archives and Records Administration also asked the Secret Service for additional information about “the potential unauthorized deletion” of agency text messages. The chief record-keeper asked the Secret Service to look into the issue and report back within 30 days, including describing what records were lost and how it happened. The Federal Records Act requires officials to preserve government records.

Cuffari’s sudden call for a criminal investigation has flummoxed the Secret Service and congressional investigators because his office had not pushed for answers about these records since learning of them being wiped in February.

Congressional staff learned this week that the DHS inspector general did not ask the Secret Service basic follow-up questions in February, when the agency notified the watchdog that they deleted most texts from the time around the Jan. 6 attack as part of a systemwide phomne migration.

The inspector general’s office acknowledged to congressional staff that it had not asked the Secret Service for any documents or emails to prove when this phone migration was first planned, nor had they sought evidence of what email instructions the Secret Service sent to staff for backing up texts containing government business.