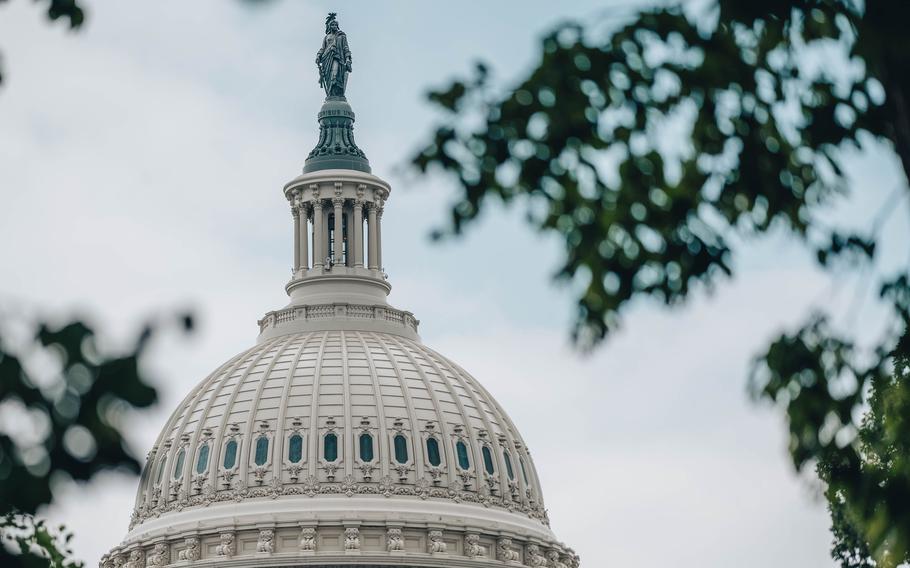 The U.S. Capitol seen on June 24, 2022. Michael Krepon, who died July 16 at 75 at his home near Charlottesville, Va., was among the leading voices of nuclear nonproliferation, reaching policymakers on Capitol Hill. (Wikimedia Commons)

Shortly after another spike in tensions between nuclear-armed neighbors Pakistan and India, arms-control advocate and author Michael Krepon traveled in 2002 to the disputed Kashmir region between the two countries.

He came to interview security officials and observe the brinkmanship and extremism at play in one of the world’s potential nuclear flash points. It was Krepon in his element: trying to avoid armchair analyses in Washington on geostrategy and conflicts to see things for himself and learn from those caught in the middle. He even strolled the alpine shores of Dal Lake and watched boys play cricket.

“When a crisis comes as a surprise,” he wrote in 2018 of the importance of firsthand research and dialogue, “someone important has been asleep at the switch.”

Krepon, who died July 16 at 75 at his home in North Garden, Va., near Charlottesville, was among the leading voices of nuclear nonproliferation, reaching policymakers on Capitol Hill and activists and academics worldwide for decades. He was a prolific writer and lecturer, co-founder of the Washington-based Stimson Center think tank and later a “diplomat-scholar” at the University of Virginia.

His work — thousands of essays, speeches and more than 20 books as author or editor — served as lessons in how a mix of arms control pacts, military deterrents, and political and economic incentives could be the best hopes to avoid nuclear war. But Krepon (pronounced CRAY-pon) also noted the flip side: how nuclear threats may evolve, recede or shift but always lurk somewhere.

He sometimes quoted a warning by Russian revolution leader Leon Trotsky: “You may not be interested in war, but war is interested in you.”

After Russia’s invasion of Ukraine in February, Krepon pondered how far Russian President Vladimir Putin could be willing to go. He was not likely to use nuclear arms, Krepon wrote in Forbes in March, but the real wild card is some kind of escalation between Russian and NATO forces.

At Stimson — co-founded in 1989 with national security researcher Barry Blechman — Krepon had open channels to policymakers and negotiators in helping shape landmark accords in the 1990s.

They included the Chemical Weapons Convention, to limit production and access to chemical arms, and the Open Skies treaty, which allows signatories to conduct unarmed reconnaissance flights as intelligence-confirming measures to avoid possible missteps toward war. The Trump administration pulled out in November 2020 and Russia followed, and both countries have made no moves to rejoin.

“It is hard to overstate the impact Michael Krepon has had on a whole generation of nuclear scholars,” wrote Vipin Narang, a professor at the Massachusetts Institute of Technology who is serving as principal deputy assistant secretary of defense for space policy.

Krepon described himself in realpolitik terms. There will always be some rivalry or dispute to keep the world on edge. He devoted particular time to India and Pakistan, sometimes using his contacts among security officials and others to open informal talks over possible confidence-building measures.

“Progress in arms control is also bedevilled by Newton’s Law,” he wrote in a 1987 essay. “For every action, there is an equal and opposition reaction.”

Michael Herbert Krepon was born in Boston on Aug. 1, 1946. His father — who had earlier changed his name from Kreponitsky — worked in sales and named Michael after a brother who died in Anzio, Italy, in World War II. His mother was a shipping clerk.

Krepon received scholarship money from four community groups to help with tuition at Franklin & Marshall College in Lancaster, Pa. - “where I discovered, like the Scarecrow in ‘The Wizard of Oz,’ that I had a brain,” Krepon later wrote.

After graduation in 1968, the Johns Hopkins School of Advanced International Studies offered Krepon tuition-free graduate classes. He took intensive Arabic and, after completing his master’s degree in 1970, studied at the American University in Cairo.

Back in the United States, Krepon began organizing marches and other protests against the Vietnam War, he wrote. The activism stirred interest in other ways to influence U.S. policies. In the early 1970s, he was a defense legislative assistant for Rep. Floyd Hicks, D-Wash., a member of the House Armed Services Committee.

Krepon wrote that one of his best moments on the Hill was helping persuade Hicks in 1974 to block the Army from spending funds on a new generation of nerve gas weapons.

During the Carter administration, Krepon began work on nuclear arms control at the State Department’s Arms Control and Disarmament Agency. He said he was pushed out after Ronald Reagan’s presidential victory and wrote his first book, “Strategic Stalemate: Nuclear Weapons and Arms Control in American Politics” (1984), while on a fellowship.

“Somehow, some way - actually through tremendous effort - we’ve gotten through three-quarters of a century without mushroom clouds on battlefields,” Krepon said at a virtual event in October hosted by the Washington, D.C., bookshop Politics and Prose. “We’ve found a way to lash together deterrents and arms control.”

Survivors include his wife of 47 years, the former Alessandra Savine, of North Garden; two children, Misha of Redwood City, Calif., and Joshua Krepon of New York; and four grandchildren.

In 2015, Krepon received the Carnegie Endowment for International Peace’s lifetime achievement award. It went on the wall of his “toolshed/office” at home, along with framed covers of his books, he wrote. He also added a reminder to stay humble: “A royalty check from one of my publishers for one nickel.”

On the blog Arms Control Wonk, where Krepon was a frequent contributor, he posted a personal message June 26 describing his battles with cancer since 2007. He ended the post with a message for arms control efforts going forward.

“We become safer by filing down the sharpest edges off nuclear weapons while adding new means of reassurance. This is the heart of the matter,” he wrote. “This is how we continue to avoid crimes against humanity and nature.”