After 79 years of marriage, Navy veteran and wife share their secrets of lasting love 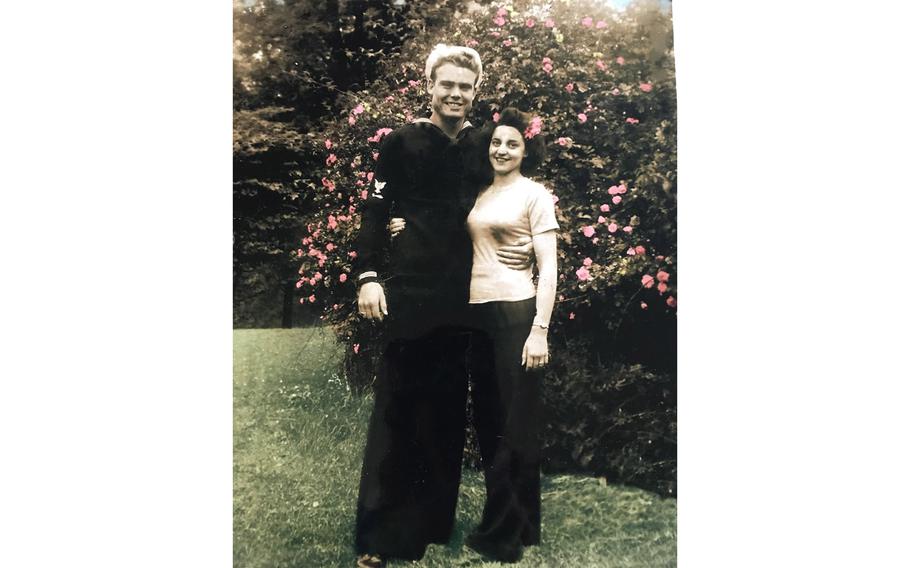 Hubert Malicote kissed June Napier for the first time nearly 81 years ago as they sat on a living room couch. In his teenage mind, he thought he blew it.

It turns out, Hubert didn’t blow it at all: The two have been married for nearly 80 years — and according to husband and wife, they are still smitten with each other. Through the entirety of their decades-long marriage, the couple claim they have never quarreled. Not even once.

Quarreling might be in the eye of the beholder, but the fact that this is how they describe their marriage is telling.

The secret to their lasting love, they said, is two things they agreed to early on: They always share a kiss before bedtime, and whenever a disagreement arises, they take a timeout from each other before talking it through.

“It works like a charm,” said Hubert, who is joining his wife as a centenarian later this month. June turned 100 on July 13, and Hubert’s birthday is July 23.

The pair live in Hamilton, Ohio — where they met at a church in September 1941, when they were 19. At the time, Hubert worked at a manufacturing company for 35 cents an hour, and June was working at an ice cream parlor earning 10 cents an hour.

When Hubert arrived at the church with a friend that day, the back pew was open, Hubert recalled. “We slid into that pew, and the view in front of us was full of girls. One of them turned around, looked at me and smiled.” 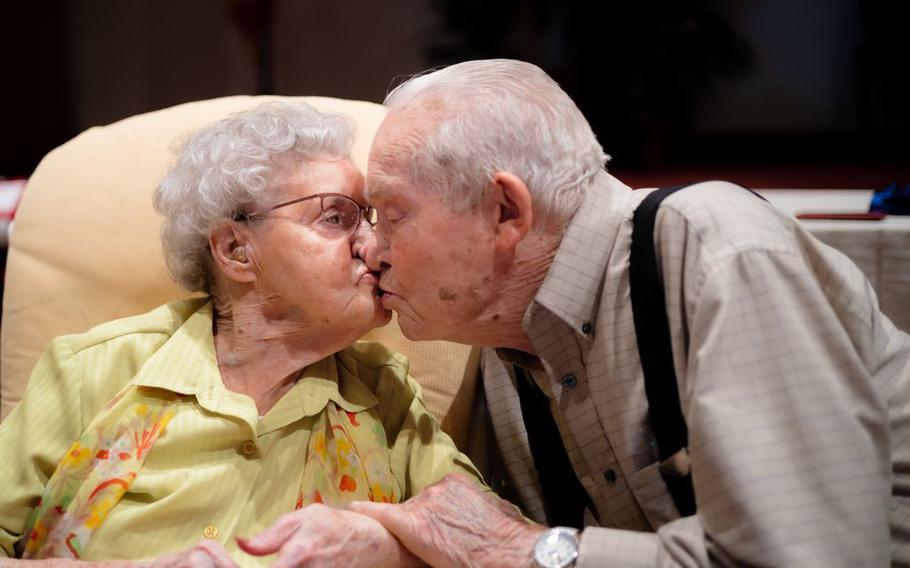 June and Hubert Malicote at their shared 99th birthday party last July. The couple have been married for 79 years. (Family photo)

“That started the whole thing,” he said.

After the service, a group of churchgoers — including Hubert and June — walked to a park together. Hubert struck up a conversation with June, and within seconds, he said, he knew.

For Hubert, it was June’s smile he couldn’t get out of his head.

“I often wondered how our life would have turned out had she not smiled,” he said.

The attraction was mutual: “He was so handsome,” said June, who had a stroke in January 2020 that left her with limited speech. She spoke sparingly in a phone interview with The Washington Post. “I just fell for him.”

“The following Sunday, I went back to church to meet her again,” Hubert said, adding that Sunday mornings became their standing date, until he got up the courage to invite her to the county fair.

They shared their first kiss that day, but their budding romance soon became complicated when Hubert felt a pull to join the Navy. He enlisted in 1942 to fight in World War II.

Still, the prospect of leaving June behind — especially without the promise of a future together — felt gutting. He proposed marriage and she said yes.

On June 8, 1943, the couple tied the knot in the same church where they met. Over the three years Hubert spent in the military — he was stationed in Rhode Island, Pearl Harbor, San Diego and at Naval Station Great Lakes — they faithfully wrote each other letters.

“That was terrible,” said June, who worked at a machinery company building war goods while her husband was away. She worried constantly about his whereabouts and well-being.

Finally, she received a telegram in the summer of 1945 informing her that Hubert was coming home. 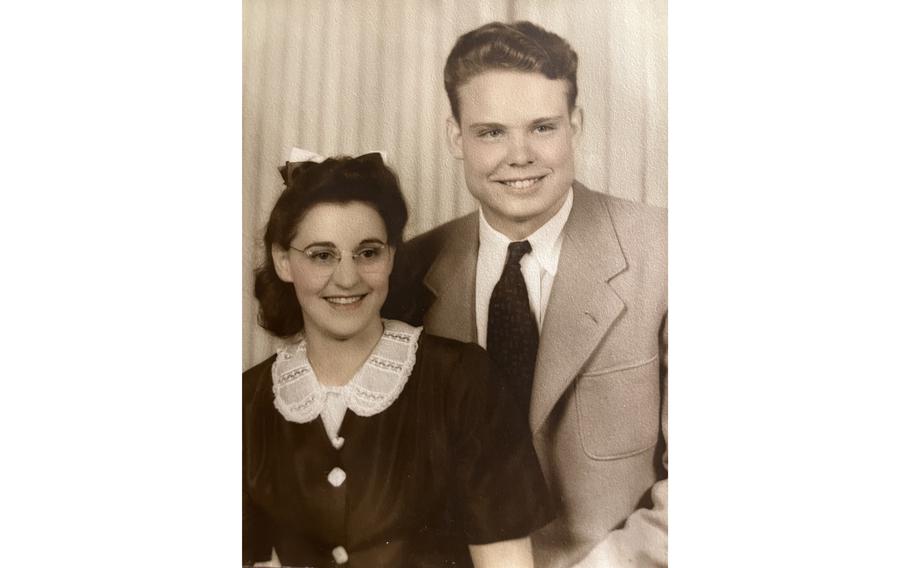 “As I arrived, there was no one on the platform but a beautiful girl,” said Hubert, who still remembers the thrill of seeing his wife waiting for him.

The Malicotes soon started a family. They raised three children in a home Hubert built on a five-acre ranch in 1953. The couple still live there.

After the war, Hubert resumed work at the manufacturing company, which made safes and vaults, and he remained there until he retired in 1990. Though June took the time to look after their family, “when the children were in college, finances were getting pretty tight, and she went to work at a general store for about nine years,” Hubert said.

“Working out those problems, you become a team,” Hubert said. “You don’t want to break that team up; you want to keep it going.”

Despite the occasional disagreement, he said, the couple made a conscious effort to “never criticize each other,” Hubert said, explaining that taking space — even for an hour or two — prevented misunderstandings from morphing into full-fledged arguments. “Whenever she smiled, all of those problems would go away.”

The Malicotes were both raised on farms — he in Indiana and she in Kentucky. Hubert was one of 13 siblings, and June was one of eight. They both lived simple lives and said they longed for little.

Because of that, Hubert said, “we knew how to deal with problems, how to take care of money, how to spend and how to save.”

In their retirement years, both remained committed to their hobbies, he as a woodworker and beekeeper, and she as a crafty seamstress. Staying busy has kept them youthful, they said. 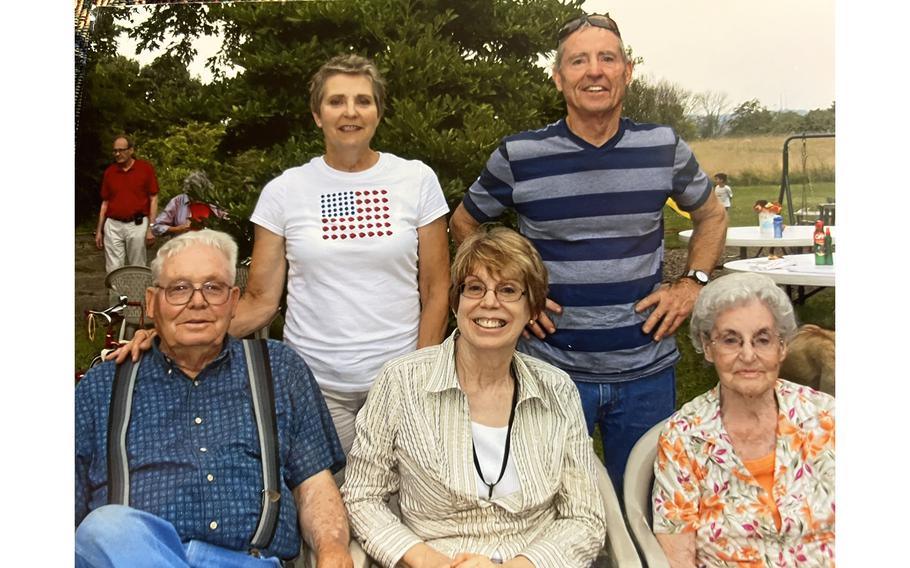 Hubert and June with their children: From top left, Jo and Sam, and Theresa, center. (Family photo)

Their daughter Jo Malicote, 70, said her parents’ bond is stronger than ever.

“I never so much as even heard a harsh word spoken between the two of them,” she said, adding that her parents seldom scheduled date nights or bought each other elaborate gifts. “It was almost as though every day was a date. They just took care of each other.”

That’s especially true now that they are older and have faced losses and health challenges.

“They never go to bed without a kiss,” Jo said. “It’s always been that way.”

The Malicotes marked their 100th birthdays with a joint celebration July 15 at Eaton Road Church of God — where they met and got married and have remained congregants.

Dozens of family members — including their seven grandchildren and 11 great-grandchildren — and close friends came to commemorate the family matriarch and patriarch.

“We’ve had a wonderful life,” Hubert said. “With June Bug, it gets better all the time.”