Monkeypox is on the rise. Here's what to know about its symptoms, signs and testing 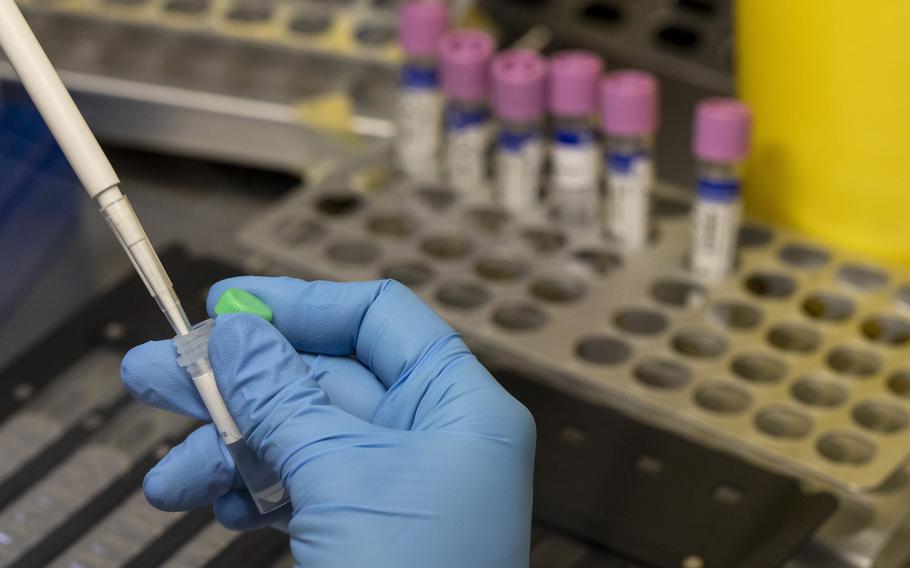 (Tribune News Service) — In the past two decades, the Centers for Disease Control and Prevention has recorded two individual cases of monkeypox and one outbreak among dozens of people across six states who became ill after having contact with pet prairie dogs.

The two individual cases among U.S. residents, both in 2021, were associated with travel to Africa, according to the CDC, and the outbreak among more than 40 people occurred in 2003 after the pet prairie dogs were housed near small animals from Ghana — marking the first time that human monkeypox was reported spreading outside of Africa.

With the number of confirmed and probable monkeypox cases rising rapidly in Florida and elsewhere, public health officials say it is critical for everyone to look out for potential symptoms.

The virus could infect anyone, though it does not spread as easily as COVID-19 and typically requires prolonged face-to-face or intimate contact, according to guidance from the CDC.

Here's what you need to know:

The distinctive features of monkeypox happen after the first symptoms, said Dr. Aileen Marty, professor of infectious diseases in the Department of Medicine at FIU Herbert Wertheim College of Medicine. After an incubation period of five to 21 days, but usually six to 12 days, infected people get early symptoms like a bad headache, fever, back pain, muscle ache and swollen lymph nodes.

These early symptoms generally last one to three days and then comes the rash.

"The rash is unusual because it classically starts on the face and the palms of the hands and the soles of the feet, followed by rash elsewhere — but in the current outbreak, that has not been the usual spread. In this outbreak, lesions have manifested first in the groin, and the prodrome (early symptom) has not been as severe or notable," Marty said in a previous interview with the Herald.

People are infectious from a few hours before the first symptom manifests until the scabs are dry and gone.

The illness typically lasts for two to four weeks. The rash is typically painful, Marty adds, and the scabs contain infectious viral particles.

What to do if you have symptoms?

Even if you don't think you've been in contact with anyone who has monkeypox, if you are experiencing symptoms, the CDC recommends that you speak with your health care provider to determine whether you need to be tested.

These tests are now more widely available to physicians since Labcorp, a company that operates one of the largest clinical lab networks in the world, began testing for monkeypox using the CDC's orthopoxvirus test as of Wednesday.

"The ability of commercial labs to test for monkeypox is a key pillar in our comprehensive strategy to combat this disease," said CDC Director Dr. Rochelle Walensky in a statement to the press Wednesday. "This will not only increase testing capacity but will make it more convenient for providers and patients to access tests by using existing provider-to-lab relationships."