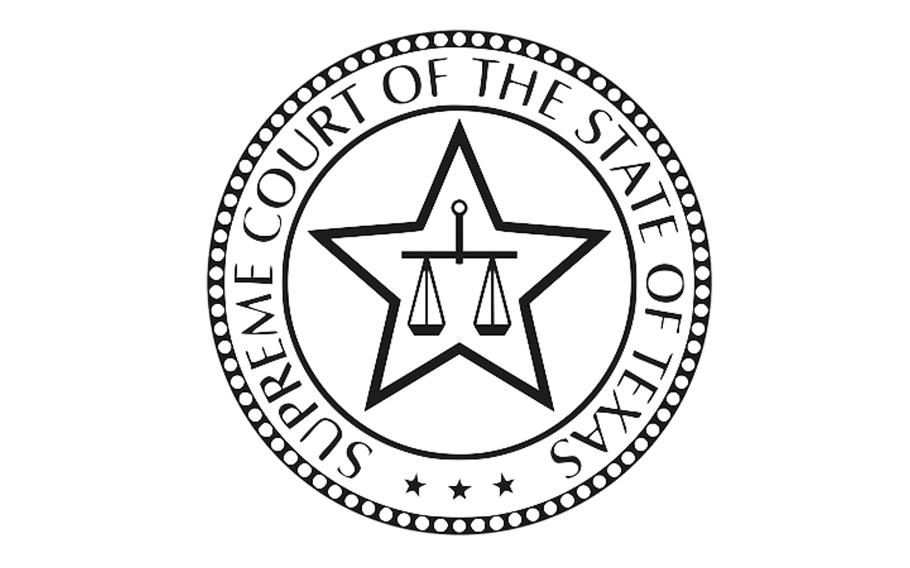 WASHINGTON – The Texas Supreme Court ordered late Friday that the state's century-old abortion ban, struck down in Roe v. Wade in 1973, can be enforced immediately.

That overrules a Harris County judge who had allowed abortion through six weeks to resume temporarily, and puts abortion providers and at risk of fines and lawsuits.

The state's high court issued the order a week after the U.S. Supreme Court overturned Roe and erased protection for abortion.

Texas is one of 13 states with a "trigger law" to ban abortion once Roe was scrapped. That law will take effect 30 days after the Supreme Court's ruling in Dobbs is final, which could be another six or seven weeks.

But the Legislature never formally repealed the law struck down in Roe, and Texas Attorney General Ken Paxton has pressed to dust off the 1925 statute immediately — a law that abortion rights advocates called "antiquated."

Those groups assert that courts ruled decades ago that Roe effectively repealed the 1925 ban, making it unenforceable.

"Performing elective abortions has been a crime in Texas since (at least) 1854," Paxton's office argued before the state's high court. "It was a crime in 1973, when the United States Supreme Court erroneously found a right to elective abortion somewhere in the penumbras of the Constitution. And it was a crime on June 24, 2022, when that Court finally corrected its error."

That, the state argued, means that allowing enforcement simply restores a legal status quo that was interrupted by Roe, albeit for 49 years.

Paxton wants prosecutors in Texas to be able to press criminal charges under the 1925 law.

He called the order a "pro-life victory" that "slapped down the abortion providers and the district court carrying their water. Our state's pre-Roe statutes banning abortion in Texas are 100% good law. Litigation continues, but I'll keep winning for Texas's unborn babies."

In a filing with the Texas Supreme Court, the state argued that "unborn children will lose their lives in the absence of relief. This irreparable harm far outweighs Plaintiffs' asserted injury of being unable to prolong the Roe v. Wade regime a bit longer....Plaintiffs intend to immediately perform elective abortions under cover of the [temporary restraining order] — and may have done so already."

The Center for Reproductive Rights, American Civil Liberties Union, ACLU of Texas, Whole Woman's Health and a number of other abortion providers had asked a state district court in Houston to halt efforts to enforce the 1925. She issued a preliminary injunction on Tuesday and set arguments for July 12.

The Texas Supreme Court's order keeps in place an injunction against district attorneys, averting any criminal enforcement of the ban. But it opens providers to civil penalties, including fines and loss of medical licenses.

The court gave the attorney general's office and those supporting abortion rights until Tuesday afternoon to file more thorough briefs on the enforceability of the 1925 ban.

"Just last year, the Legislature determined that its criminal ban on abortion would not take effect until 30 days after the U.S. Supreme Court issues its judgment in a decision overruling Roe v. Wade," the abortion rights groups argued before the state's high court, asserting that Paxton is overstepping his authority by claiming he can "put all Texans on `notice' that, months before that criminal ban takes effect, providing an abortion in Texas is a felony immediately."

Under the penal code from 1925, any person who causes an abortion "shall be confined in the penitentiary not less than two nor more than five years." The new trigger ban says that anyone who provides an abortion faces 5 to 99 years in prison.

That conflict, the groups, argued, shows the folly of Paxton's position that the 1925 law is still enforceable.

"These laws are confusing, unnecessary, and cruel," said Marc Hearron, senior counsel at the Center for Reproductive Rights, in response to the Texas Supreme Court's order. "Texas's trigger ban is not scheduled to take effect for another two months, if not longer. This law from nearly 100 years ago is banning essential health care prematurely, despite clearly being long repealed."

Even without the 1925 ban, or the new trigger law, the state's six-week abortion ban remains in place.

That ban, known as Senate Bill 8, is enforced through a novel scheme — already mimicked in other states — to empower legal vigilantes to sue doctors and anyone else who helps a woman end a pregnancy once fetal cardiac activity can be detected.

Few lawsuits have been filed SB8 took effect Sept. 1. But the threat of ruinously costly lawsuits caused a sharp drop in the number of abortions in Texas.

"Those criminal abortion statutes are not unconstitutional — there is no reason [Texas] cannot enforce them again," now that the U.S. Supreme Court has ruled in Dobbs that states have authority to ban abortion, Paxton's office argued.

The only exception might be in Dallas County, where the longtime prosecutor Henry Wade was on the losing end of the challenge brought by a woman known in court papers as Jane Roe.

"The Dallas County District Attorney might need to move for relief from the judgment in Roe v. Wade, but [Texas] and other prosecutors do not," Paxton's office argued.

That's only hypothetical, though.

The current Dallas district attorney, John Creuzot, is one of many big city prosecutors in Texas who say they'll refuse to enforce criminal abortion bans.

"I want women... to rest assured that my office will not stand in the way of them seeking the health care they need," he tweeted shortly after the Dobbs ruling. "Bans on abortion disproportionately impact the poor, women of color and other vulnerable populations and endanger public safety — which goes against the very core of policies I was elected to put in place."

"Extremist politicians are on a crusade to force Texans into pregnancy and childbirth against their will, no matter how devastating the consequences," said Julia Kaye, staff attorney at the ACLU Reproductive Freedom Project. "We won't stop fighting to ensure that as many people as possible, for as long as possible, can access the essential reproductive health care they need."