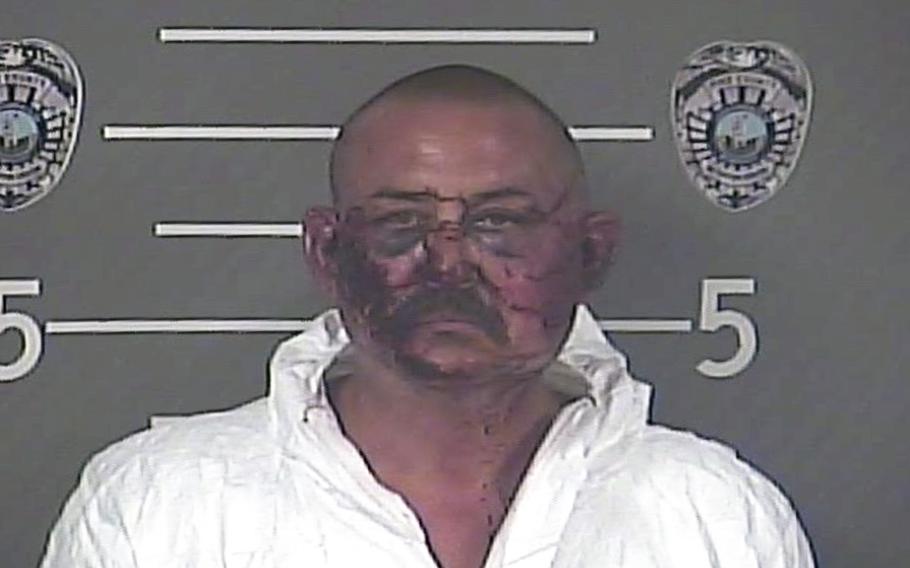 PRESTONSBURG, Ky. (Tribune News Service) — Police who went to a home in a small eastern Kentucky town to investigate an alleged rape ran into a storm of bullets in which three officers died and several others were injured, according to local officials.

One local official described the scene as a "war zone." Two officers died Thursday and the third died late Friday.

On Friday, the morning after the deadly confrontation, Floyd County Sheriff John Hunt said it appeared the alleged killer, Lance Storz, was laying in wait and that he opened fire on officers without warning.

"They encountered pure hell," Hunt said. "They had no chance."

Police had received a complaint Thursday that Storz had assaulted a woman, held her against her will and raped her. The woman had obtained an emergency protection order against Storz and officers were going to serve it at his home in Allen, a small town a few miles from Prestonsburg, local officials said.

When Storz shot at the officers it set off an hourslong confrontation. Police from several other local, state and federal agencies responded to help, Hunt said.

It was a chaotic, deadly scene. County Attorney Keith Bartley, who was there, said it was "raining bullets."

He said he could tell from the sounds of the shots that the shooter had more than one gun, including what sounded like high-velocity firearms.

Hunt said one officer had to crawl underneath his cruiser to avoid a barrage of gunfire The police dog in the back of an officer's car was killed.

Police exchanged gunfire with the shooter.

The officers who died Thursday evening were William Petry, a retired state police officer working as a deputy for the Floyd County Sheriff's office, and Ralph Frasure, a captain with the Prestonsburg Police Department.

Officer Jacob Chaffins, with the Prestonsburg police, was critically wounded. The department announced on Facebook late Friday that he had died.

Police did not release the names of the injured officers.

Of the three other wounded officers, police said one had been released after treatment at a hospital and two others were hospitalized in stable condition.

During the standoff, police made attempts to negotiate with Storz, according to local officials.

Family members also got involved in an effort to get him to surrender.

State police said Storz was eventually taken into custody outside his home.

The woman who sought the protective order against Storz and a child were taken to a shelter, police said.

That was before Chaffins died. That charge will be upgraded to murder.

Storz was arraigned in Floyd County District Court Friday morning, where District Judge Eric Hall entered a not guilty plea on his behalf and set his bond at $10 million.

His face appeared to be bruised. Trooper Matt Gayheart, a spokesman for state police, said he was not aware if Storz had been injured during the arrest.

Bartley, who was emotional after Storz was arraigned, said more charges are expected to be filed.

"These are people with children and spouses, moms and dads," Bartley said of the officers. "Their worlds will never be the same."

The officers who died were dedicated public servants, Gayheart said.

"It's heartbreaking," he said. "They served their community well."

Bartley's office will handle prosecution in the case until it moves to circuit court. The murder of a police officer is a death-penalty offense, but Bartley said it would be up to Commonwealth's Attorney Brent Turner to decide whether to prosecute the case as a capital crime.

Residents in Allen said the shootout was frightening.

Robert Anderson said he didn't feel safe inside his brick home with bullets flying. He went outside and huddled on the side of the house away from the gunfire, putting more walls between him and the shooter.

"I thought we were in Afghanistan or something," Anderson said.

Anderson's neighbor, Rob Brown, said he and other family members squeezed into a bathroom as gunfire echoed through town. It sounded like the shooter was close, and several bullets hit the outside of his concrete-block house, he said.

"I was a friggin' nervous wreck," Brown said.