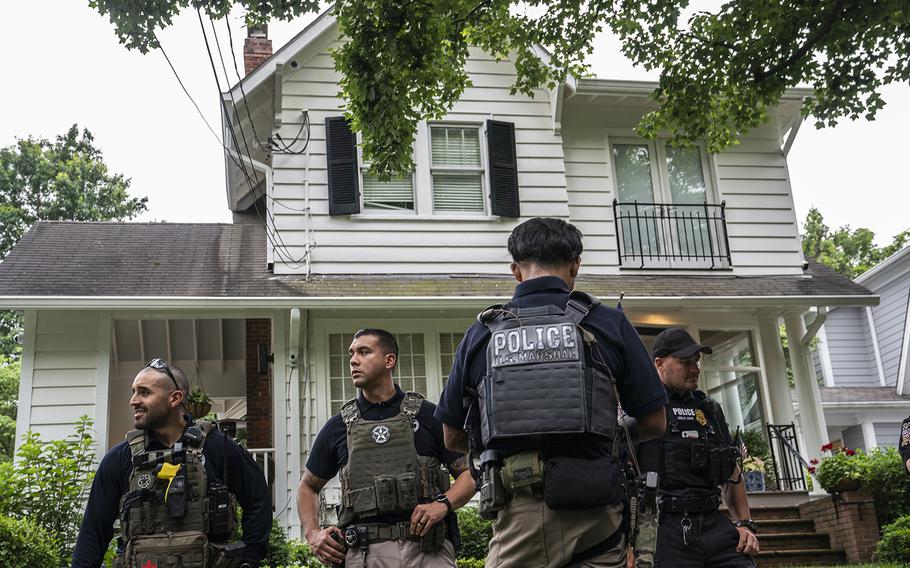 Chief Justice John Roberts and Justice Brett Kavanaugh live in Montgomery County outside of Washington, D.C. Demonstrators have been protesting at both homes since a draft opinion of the ruling that ultimately overturned Roe v. Wade, which had legalized abortion nationwide, was leaked in May.

Gail A. Curley, Marshal of the Court, sent letters on Friday to Maryland Gov. Larry Hogan and Montgomery County Executive Marc Elrich, noting that state and county law prohibit such protests in front of private homes.

"Earlier this week, for example, 75 protesters loudly picketed at one Justice's home in Maryland for 20-30 minutes in the evening, then proceeded to picket another Justice's home for 30 minutes, where the crowd grew to 100, and finally returned to the first Justice's home," she wrote. "This is exactly the kind of conduct that the Maryland and Montgomery County laws prohibit."

Curley, who is responsible for investigating the leak of the draft opinion, didn't mention the justices by name in the letters. The offices of Hogan and Elrich didn't return requests for comment.

In mid-May, the Justice Department provided security services to the Supreme Court and its justices as protests rose over the leaked opinion. Last month, a California man was charged with attempted murder after being arrested with a pistol outside of Kavanaugh's house and threatening to kill him.