WASHINGTON — The Treasury Department announced on Thursday that it is freezing more than $1 billion hidden by a Russian oligarch in a Delaware-based trust in violation of U.S. law, as the Biden administration seeks to crack down on Kremlin elites in response to the invasion of Ukraine.

Suleiman Abusaidovich Kerimov, a billionaire with ties to President Vladimir Putin and a member of Russia’s upper house of parliament, was found to have stashed the funds through a complex web of opaque legal arrangements and shell companies in violation of U.S. sanctions, the Treasury Department said. Kerimov has been under sanctions by the U.S. government since 2018 over Russia’s violence in Crimea and Eastern Ukraine.

The announcement highlights the administration’s intensifying efforts to investigate and prosecute evasions of U.S. sanctions by Russian financial elites in response to the war in Ukraine. The Biden administration has touted millions of dollars in new funding to improve federal enforcement, while joining in international efforts with Western allies to hunt the hidden assets of Russian oligarchs.

Putin’s allies have frequently taken advantage of what is known as the offshore finance system to hide assets in countries such as Belize, Singapore, Cyprus, the British Virgin Islands and Switzerland and in U.S. states such as Delaware and South Dakota. But many of these longtime havens have helped find and freeze Russian funds held there since the war began.

Kerimov’s funds — held by the Delaware-based Heritage Trust — are among the largest asset holdings of a Russian oligarch frozen by the U.S. government since the outset of the war.

“Treasury continues using the full range of our tools to expose and disrupt those who seek to evade our sanctions and hide their ill-gotten gains,” Treasury Secretary Janet Yellen said in a statement. “Even as Russian elites hide behind proxies and complex legal arrangements, Treasury will use our broad enforcement authorities … to actively implement the multilaterally coordinated sanctions imposed on those who fund and benefit from Russia’s war against Ukraine.”

Senior Treasury Department officials told reporters Thursday that the sanctions on Kerimov’s trust were unusual both because of the amount of money involved and the complexity of the legal structure used to hide the assets. The funds entered the U.S. financial system through two foreign entities controlled by Kerimov before sanctions were imposed on him, and then were subsequently invested into “layers” of U.S. shell companies and other financial entities to conceal Kerimov’s stake in the assets.

Treasury officials declined to comment when asked about which U.S. companies, accountants and lawyers had been found to be aiding Kerimov. The officials spoke on the condition of anonymity under the ground rules set by the Treasury Department.

Kerimov was among more than 4,000 Russian individuals whose names have appeared in vast troves of secret offshore financial records obtained by the International Consortium of Investigative Journalists in recent years. Officials at the Bank of New York Mellon alerted the Treasury Department to the shifting of funds tied to Kerimov. His ability to move funds through the international financial system reflected gaps in the sanctions regime that U.S. officials have sought in recent months to close. 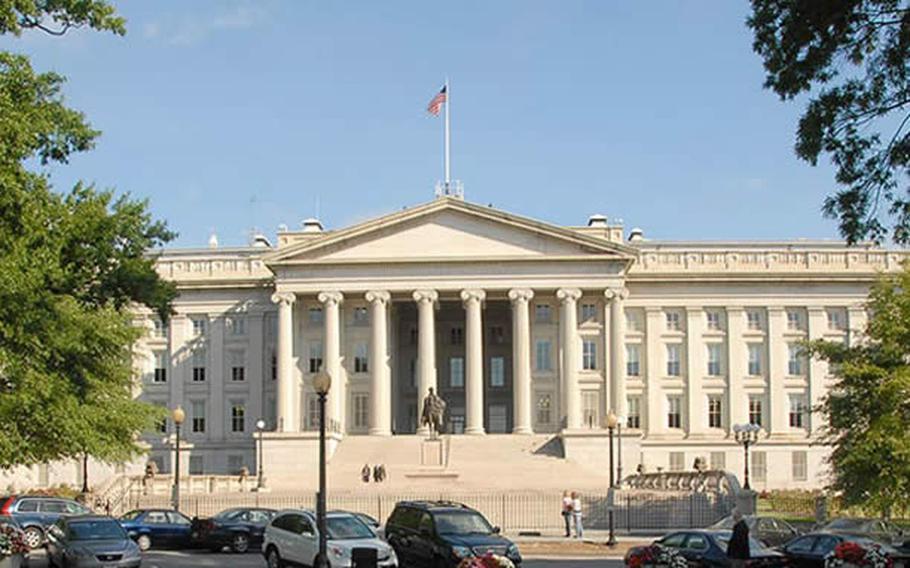 The Treasury Department announced on Thursday that it is freezing more than $1 billion hidden by a Russian oligarch in a Delaware-based trust in violation of U.S. law, as the Biden administration seeks to crack down on Kremlin elites in response to the invasion of Ukraine. (treasury.gov)