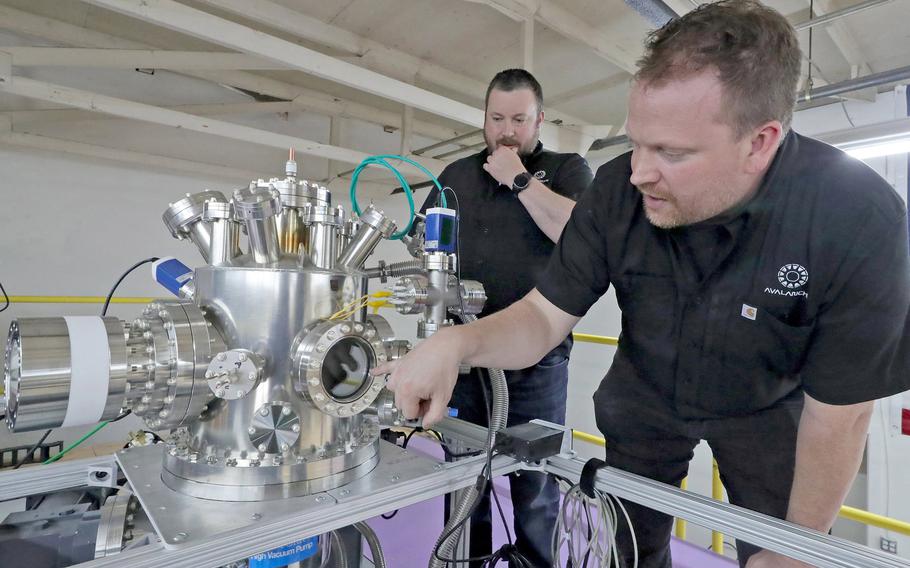 (Tribune News Service) — The phrase "nuclear energy" conjures images of large steaming towers or Tony Stark's arc reactor from the iconic "Iron Man" movies. But two Seattle-based startups are designing nuclear technologies small enough to pick up and carry that, thanks in part to buy-in from the Defense Department, they hope will fuel a new generation of spaceships.

Avalanche is pushing the boundaries of nuclear fusion while Ultra Safe aims to revolutionize nuclear radioisotope batteries, like those that power Mars rovers. Both companies are expected to deliver functional prototype spacecraft to the Pentagon by 2027.

"Nuclear is an interesting area because traditionally that's been mainly in the realm of government," said U.S. Air Force Maj. Ryan Weed, the program manager for the Defense Innovation Unit's nuclear propulsion and power program. The unit — the Pentagon's outpost in Silicon Valley — works exclusively with private sector companies to adapt emerging technologies for military use.

After six decades of materials science research, nuclear fuels are relatively safe and are being embraced in the private sector. The climate crisis has also shifted public opinion toward accepting nuclear as a viable replacement for fossil fuels. Massive advances in computer modeling have made commercial development of nuclear power more feasible, said Chris Hansen, a fusion researcher who leads a lab at the University of Washington.

Washington state has a relationship with nuclear research dating back to the World War II-era Hanford site, which produced most of the plutonium for the U.S. Setting aside its morally complex history, Hanford undeniably fostered a "culture of nuclear expertise" in the state, said Scott Montgomery, a lecturer at the University of Washington's Jackson School of International Studies.

Today, the state is a hub for commercial nuclear startups, particularly companies trying to crack small-scale nuclear fusion. Unlike fission, which generates energy by breaking down heavy radioactive metals like uranium, fusion occurs when two smaller atomic nuclei collide to form the bigger nucleus of a different element, releasing energy in the process.

"The Velcro acts over a very short distance, but if you were able to get them close enough, and the Velcro was strong, they would stick," Riordan said.

It's hard to achieve fusion because, like the Velcro-covered magnets, the positively charged ions naturally repel each other. It's even harder to package it in a small container. Case in point — more than 35 countries have spent years, and billions of dollars, constructing the Iter Tokamak reactor in southern France. The machine won't turn on until 2025 and won't be commercially viable until at least 2035. 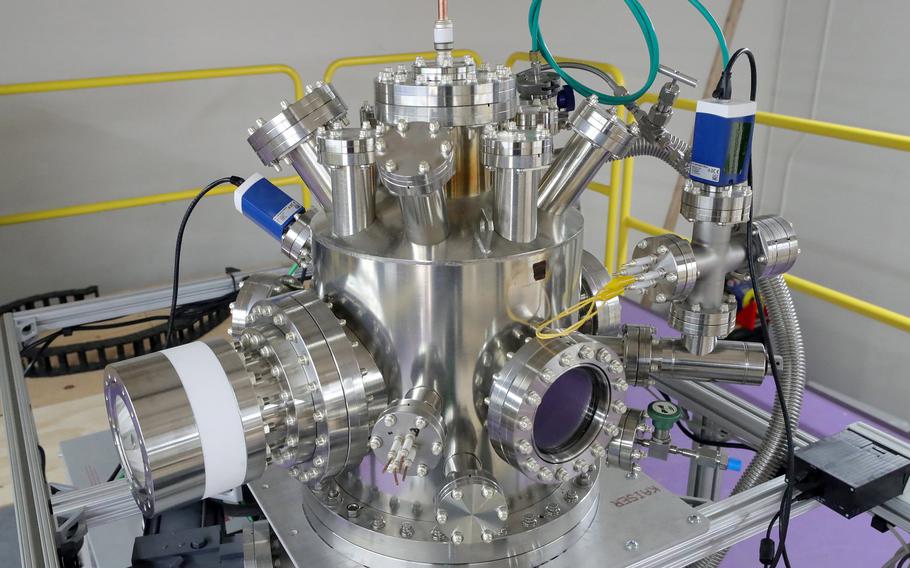 Avalanche Energy is a Seattle-based startup company that is in the process of developing a nuclear fusion reactor the size of a lunch box, called an “Orbitron.” This is their second prototype fusion nuclear reactor. (Greg Gilbert, The Seattle Times/TNS)

In the meantime, Seattle startups are making headlines.

The biggest engineering roadblock to fusion is getting the machine to produce more energy than it consumes, but Seattle-based Zap Energy proclaimed last week that it expects to have a working prototype within the year. In 2021, Everett-based Helion Energy announced it would begin building the first commercial nuclear fusion reactor in Everett with a forecast completion date of 2028.

Avalanche, co-founded by ex-Blue Origin engineers Riordan and Robin Langtry, entered the race to fusion in 2018 and has patented a new lunchbox-sized fusion reactor dubbed "Orbitron."

The device combines two existing instruments in a vacuum chamber — an "orbitrap," which harnesses positively charged ions in a small orbit around a negatively charged cathode, and a "magnetron," which generates a stream of electrons. Introducing electrons into the reactor neutralizes the positive charge and allows for a greater number of ions to enter the space, and packing more ions into that small space exponentially increases the chances for fusion.

The team is refining the first prototype and plans to scale up to a bigger device in August. The main engineering challenge will be miniaturizing the high-voltage conductor so it fits in the desired package but still supplies enough energy to the cathode so that the ions orbit fast enough to fuse together.

Eventually, the finished product should produce between 5 and 15 kilowatts, although users could group many units together to produce much greater amounts of power. The size makes Orbitron conducive to space travel, which sets Avalanche apart during the Pentagon contract selection process, said Weed, the Defense Innovation Unit project manager.

While Avalanche attempts to unlock small-scale fusion, Ultra Safe is developing a new and improved "nuclear battery" called EmberCore. These devices are essentially hot, radioactive rocks that steadily release energy as they decay.

"You can use the hot rock as a hot rock, or you can wrap power conversion technology around it to turn that heat into electricity," said Adam Schilffarth, director of strategy for Ultra Safe's advanced technologies division.

NASA has historically used plutonium for radioisotope batteries, like the ones that power the Curiosity rover on Mars and the Voyager 1 and 2 deep space probes. However, plutonium is an expensive, rare and dangerous substance. Ultra Safe has explored different isotopes, like cobalt-60 and thulium, which can be scaled to produce 10 times the energy of traditional plutonium systems while being safer and more cost-effective.

The first EmberCore product Ultra Safe brought to market is the size of an apple. It operates like a "hand warmer" for moon landers so they can survive a 14-day lunar night, said Chris Morrison, chief engineer for the EmberCore project. The final prototype for the Pentagon will be the size of a small filing cabinet.

Weed said EmberCore and Orbitron may allow spacecraft to travel farther and eliminate reliance on solar panels. With such large power capacities, these technologies could also spawn a new generation of spacecraft that can easily jump between Earth's orbit levels. That could open the door to all kinds of commercial space travel, tourism and trade.

"These new propulsion systems will enable us to have known new missions, and so it'll affect how we employ space power," Weed said. "It'll definitely be a game changer."