Mysterious lights over ocean have people ‘freaking out’ in California 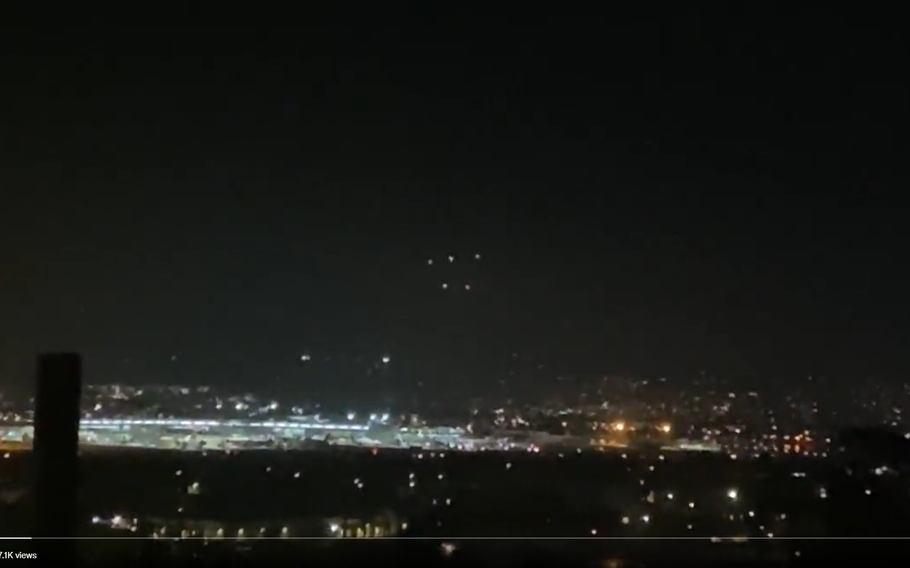 A mysterious pattern of up to five orange lights over the ocean of San Diego left residents baffled. (Twitter)

(Tribune News Service) — A mysterious pattern of up to five orange lights over the ocean off the coast of San Diego left residents baffled, California photos and videos show.

“We are totally … absolutely freaking out,” said one man in a video posted to Twitter. “We do not know what this is.”

The lights appeared in the sky about 9 p.m. Monday, June 27, KGTV reported.

Observers described them as yellow-orange lights in a pattern. Some of the lights occasionally seemed to blink on and off.

“They never went off in different directions, but the lights would just blink off on a few and then come back on a few minutes later,” one observer told KNSD, which reported the lights were seen from as far away as Tijuana and La Jolla.

“Ok they just got into some new tighter formation now … is that a bad sign?” wrote another viewer on Twitter with a video of the lights.