US to give some ‘Havana syndrome’ victims six-figure compensation 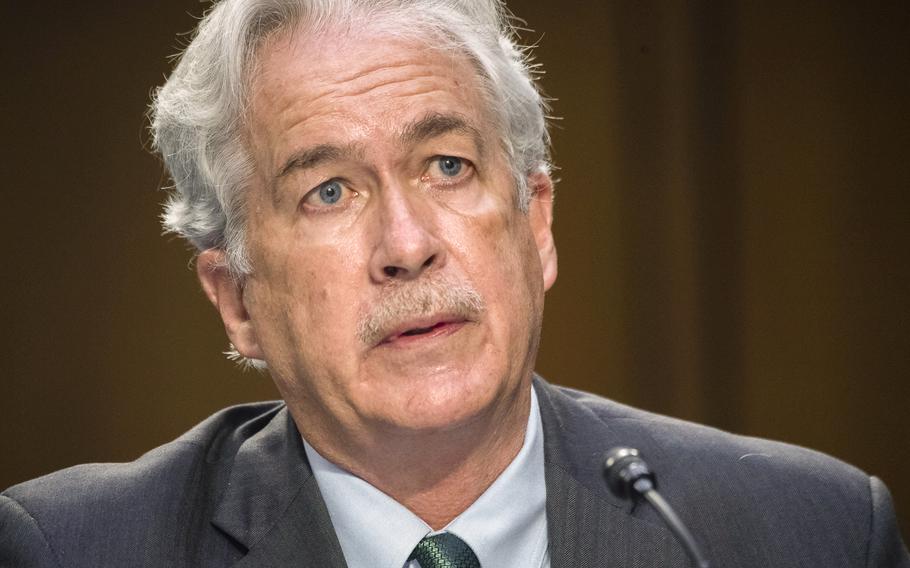 WASHINGTON - The Biden administration plans to pay some diplomats and intelligence officers roughly $100,000 to $200,000 each to compensate for the mysterious health problems known as “Havana syndrome,” according to congressional aides and a former official familiar with the matter.

The payment scheme is the culmination of a multiyear push by Congress, which passed a law last fall mandating that the State Department and CIA compensate current and former officials suffering from what the government calls Anomalous Health Incidents, or AHIs.

Despite six years of investigations, the United States still lacks certainty about what is causing the symptoms, which include headaches, vision problems, dizziness and brain fog, among other ailments. The health problems were first reported among U.S. diplomats and intelligence officers serving in Cuba’s capital but have since been reported on every continent except Antarctica.

The six-figure payments will go to those determined to have suffered the most significant setbacks, such as job loss or career derailment, said people briefed on the plan who like others spoke on the condition of anonymity because the scheme has not been approved for release.

U.S. officials cautioned that the range of compensation is not yet final and could change as the State Department’s regulation goes through the final stages of a review process, which is coordinated by the Office of Management and Budget.

The CIA determined this winter that a foreign country is probably not behind a “worldwide campaign harming U.S. personnel with a weapon or mechanism” - an assessment that raised doubts about years of speculation that the health issues were the result of a mysterious directed energy weapon wielded by Russian or Chinese agents.

Government investigators have reviewed more than 1,000 cases, with the majority being attributed to a preexisting medical condition or environmental or other factors. Dozens of other reported cases remain unexplained.

As word of the compensation packages has trickled out to the federal workforce, some officials have remarked that the packages were generous while others have said the compensation range seems insufficient given the loss of future and past income for those who suffered severe neurological damage and can no longer work.

The Biden administration has not yet released the criteria for how it will determine eligibility for compensation but it is expected to be made public shortly. Current and former officials as well as their family members will be eligible to make claims, said those briefed on the plan.

Under the Havana Act, Congress gave the secretary of state and CIA director the authority to determine eligibility, which has already caused concerns about whether diplomats and intelligence officers will be treated the same.

“It is crucial that CIA and State implement the Havana Act in an identical fashion. To include using the exact same criteria who qualifies for compensation. There cannot be any daylight between agencies, which previously was an unfortunate hallmark in how the USG responded to the AHIs,” said Marc Polymeropoulos, a former senior CIA officer who retired while suffering symptoms, including painful headaches, after a trip to Moscow in 2017, when he was helping run clandestine operations in Russia.

Devising a compensation plan has been particularly difficult for U.S. government officials given the lack of hard evidence for what’s causing the ailments and the inability to establish a clear diagnosis for the broad range of symptoms that, while sometimes debilitating, can also be common.

Officials with the State Department and CIA said Thursday that the Havana Act authorized the agencies to provide payments to personnel for “qualifying injuries to the brain.”

The two agencies have been working in partnership with the National Security Council on how the payment system will work and will have more information on it “soon,” said the CIA official.

The official added that the legislation provides the CIA and other agencies “the authority to make payments to employees, eligible family members, and other individuals affiliated with the CIA.”

“As Director Burns has emphasized, nothing is more important to him and CIA leaders than taking care of our people,” the official said.

Officials from the National Institutes of Health, the Pentagon and other agencies have jointly developed a new, two-hour medical exam to screen potential new cases that can be administered by doctors or other practitioners to U.S. personnel assigned to overseas missions.

The triage process includes visual, vestibular and blood testing but not brain imaging, a fact that reflects constantly changing and sometimes disputed science on the injuries. Even though some doctors previously identified “perceptible changes” in the brain as a result of apparent attacks, State Department physicians say they now believe the scans have no scientific validity.

Officials are also seeking to better educate medical staffers at missions worldwide, instructing them to be receptive to potential victims’ experiences - and they stress that skepticism is no longer the norm.

In January, Secretary of State Antony Blinken said the State Department, like the CIA, was focused on providing medical care to those needing it, and would continue to seek a cause behind the health issues.

“We are going to continue to bring all of our resources to bear in learning more about these incidents, and there will be additional reports to follow. We will leave no stone unturned,” he wrote.