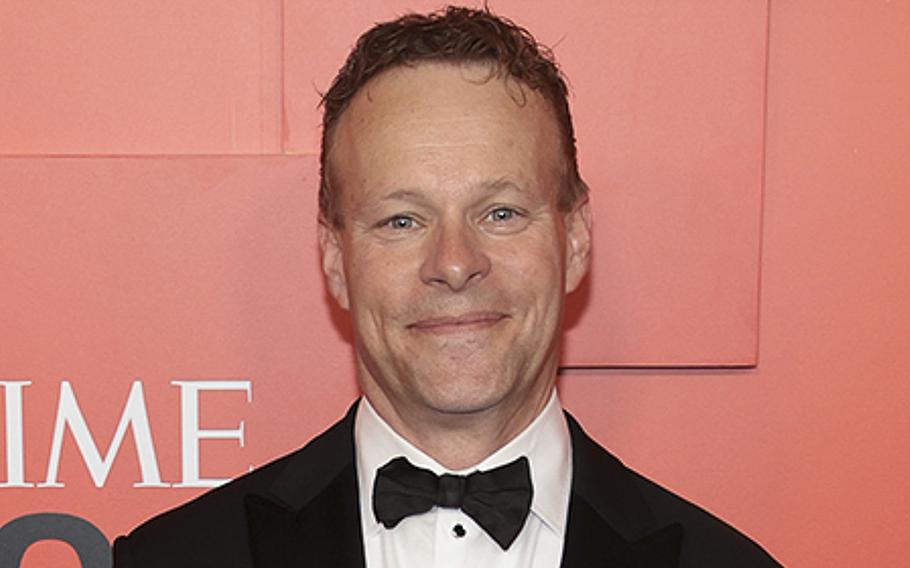 (Tribune News Service) — Throughout much of his career in TV, Chris Licht has obsessed over ratings, often scrutinizing viewership data on a minute-by-minute basis to diagnose when viewers lost interest. Once, he skipped a close friend’s wedding because it was scheduled during “Sweeps Week,” the period when audience levels take on greater importance. Another time, while recovering in the hospital from a brain aneurysm, he found himself unable to resist checking the numbers on the morning show he was producing.

Now, as the new leader of CNN, Licht is exploring ways for the cable news network to depend less on TV ratings to make money. One idea would be for CNN to create new show segments that advertisers can sponsor—similar to how brands have attached their names to a fast-paced montage of headlines called the “Eye Opener” on “CBS This Morning,” where Licht was previously the executive producer. Licht also wants to invest in CNN’s international channels, particularly CNN en Espanol, and is considering a premium section of CNN’s website that would only be available to paying subscribers.

The business strategy, which was described by people familiar with Licht’s thinking, could bolster CNN at a time when viewership has fallen. While Fox News and MSNBC have declined, CNN has dropped further. This season, CNN is averaging 178,000 viewers in the key 25 to 54 demographic, down 63% from a year ago. CNN’s net advertising revenue fell 2% last year due to lower ratings, according to S&P Global Market Intelligence’s Kagan.

The search for new revenue is part of the next chapter at CNN under Licht, where the focus, at least for now, is more on refreshing the network’s reputation than on jump-starting its ratings. (Through a CNN spokesperson, Licht declined to be interviewed). During nine years under Licht’s predecessor, Jeff Zucker, CNN didn’t just cover the story, it often became the story, generating headlines when its anchors confronted former President Donald Trump and his allies who labeled the network “fake news.” Ratings soared. But CNN could often seem “scoldy and preachy when the facts themselves can tell the story,” said former CNN U.S. president Jon Klein.

Now, Licht wants to turn down the volume. He’s told CNN’s non-prime-time anchors they should leave opinions to the on-air guests. He has instructed staff to avoid presenting the extreme right and left of political issues, saying there “needs to be room for nuance.” He has called for CNN to use the “breaking news” banner less often.

“We are truth-tellers, focused on informing, not alarming our viewers,” Licht wrote in a memo to employees.

A less divisive CNN could be more appealing to advertisers and, perhaps more importantly, to cable-TV distributors who have come under pressure to drop politically controversial channels. Of CNN’s $1.8 billion in revenue last year, about 60% came from pay-TV providers such as DirecTV and Comcast.

“People wrongly think that audience size is the business model for cable news channels,” said Andrew Tyndall, author of a website that monitors broadcast television newscasts. “So much more money comes from the fees that cable providers pay. The model is to make it unthinkable that CNN would be dropped from the bundle.”

CNN is now owned by Warner Bros. Discovery Inc., a media giant formed by the recent merger of WarnerMedia and Discovery Inc. Growing CNN’s business would help the company chip away at its massive pile of debt, while the network’s large international presence could provide fresh programming for the company’s streaming service, which is in a global race for subscribers with Netflix and others.

Licht, 50, first fell in love with broadcast news at a young age, growing up in Newtown, Conn. He started his career in local TV news in Allentown, Pennsylvania, then jumped to an NBC station in Los Angeles, where he met his future wife, who was working in TV news in San Diego. In 2007, he became the first executive producer of MSNBC’s “Morning Joe.”

Early in his career, Licht struggled to control his temper. “If somebody screwed up, I could go off like a roadside bomb,” he wrote in his 2011 memoir, “What I Learned When I Almost Died: How a Maniac TV Producer Put Down his BlackBerry and Started to Live His Life.”

In 2010, at the age of 38, he suffered a brain aneurysm and nearly died. He describes the health scare as an “epiphany to let go of the anger.” The following year, he moved to CBS, where he became executive producer of “CBS This Morning.” Five years after that, he became executive producer and showrunner of “The Late Show with Stephen Colbert.” He’s been credited with improving the ratings at both shows.

Recently, CNN has been searching for some kind of boost of its own.

At one point last fall, John Malone, a major shareholder in CNN’s new owner, told CNBC that he “would like to see CNN evolve back to the kind of journalism that it started with, and actually have journalists.” His comments angered many CNN employees who felt they already did journalism. In December, CNN fired anchor Chris Cuomo after new evidence emerged showing that he was closely involved in helping his brother, former New York Gov. Andrew Cuomo, combat sexual harassment claims. In February, Zucker resigned after failing to disclose a consensual relationship with a longtime co-worker.

By the time Licht took over CNN in the spring, the network was grappling with what one staffer described as an identity crisis, struggling to find a purpose after spending the Trump years doing hour-by-hour critiques of his presidency. In April, Licht’s first major move at CNN was to shut down CNN+, a new streaming service, a few weeks after its launch, resulting in layoffs.

“I know this organization has been through tremendous change over the last four months,” Licht recently noted in a memo to employees, “which is why I am approaching this process slowly and thoughtfully as we look at all parts of the operation.”

During his first month at CNN, Licht has met with more than 500 CNN employees. He’s gotten together with congressional leaders and President Joe Biden’s chief of staff, according to Politico. He’s led CNN’s coverage during a hectic news cycle, from the ongoing war in Ukraine to the debates over abortion and gun rights. And he’s cut through red tape to fill jobs despite a hiring freeze put in place while CNN’s owner completed its merger.

One of Licht’s first moves was to hire Chris Marlin — the same friend whose wedding he skipped during Sweeps Week years ago. The two met as high school students in Washington, D.C., during the inauguration for former president George H.W. Bush. As CNN’s head of strategy and business operations, Marlin’s job is to find new revenue sources for CNN. It’s a role that surprised some CNN employees because Marlin, a lawyer and former president of Lennar International, a homebuilding company, has minimal experience in the media industry.

Moving forward, Licht is expected to be deeply involved in transforming CNN’s morning shows. At an event for advertisers last month, Licht said that “we are seeking to be a disruptor of the broadcast morning shows in this space.”

So far, Licht’s leadership style has been more hands-off than Zucker’s, according to multiple CNN employees. He offers fewer suggestions than his predecessor. One staffer said that Zucker ran CNN as if he was the full-time executive producer, while Licht only gets involved in the minutia of news coverage when he’s summoned by his subordinates to do so.

Meanwhile, Licht and Marlin continue to explore new business ideas. For years, CNN had avoided having brands sponsor show segments as Licht is considering, because “we were hyper-sensitive to potential issues” around editorial independence, said Klein, who led CNN’s U.S. operation from 2004 to 2010. But such deals are less controversial these days, Klein said. And they could help lure advertisers who are nervous about CNN’s controversial content by giving them more control over how their messages are integrated into the programming. In February, Applebee’s was criticized when one of its ads inadvertently ran directly alongside a dire CNN segment on the war in Ukraine.

“Licht is doing a lot of creative rethinking,” Klein said. “This won’t be the last of his outside-the-box ideas.”