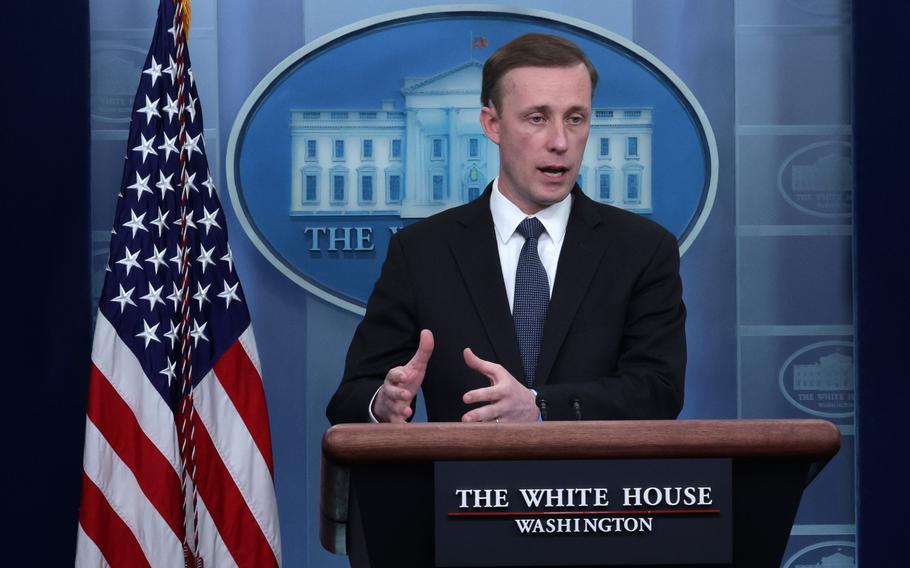 The meeting between Sullivan and Yang Jiechi, which followed a May 18 phone call between the two men, "included candid, substantive, and productive discussion of a number of regional and global security issues, as well as key issues in U.S.-China relations," according to the statement, which didn't elaborate.

"Mr. Sullivan underscored the importance of maintaining open lines of communication to manage competition between our two countries," the statement said.

Sullivan reiterated the U.S. "One China" policy on Taiwan and China and expressed concern about China's aggressive actions across the Taiwan Strait, according to a senior administration official who briefed reporters after the four-and-half-hour meeting. The official asked not to be identified as a condition of participation in the briefing.

Yang again said that the U.S. must prudently handle the Taiwan issue, according to the official Xinhua News Agency, which didn't mention the strait.

Beijing is ready to work with Washington to find ways of cooperation, Yang added, but said that "the U.S. side has been insisting on further containing and suppressing China in an all-round way" and warned it "should correct its strategic perceptions of China."

Tensions have grown this year over Taiwan, which Beijing regards as Chinese territory. The Chinese military has regularly probed Taiwan's air defenses with fly-bys of the island, and Defense Secretary Lloyd Austin said in a speech Saturday in Singapore that the U.S. has observed a "steady increase in provocative and destabilizing military activity near Taiwan."