Biden to visit Saudi Arabia in July, due to meet crown prince 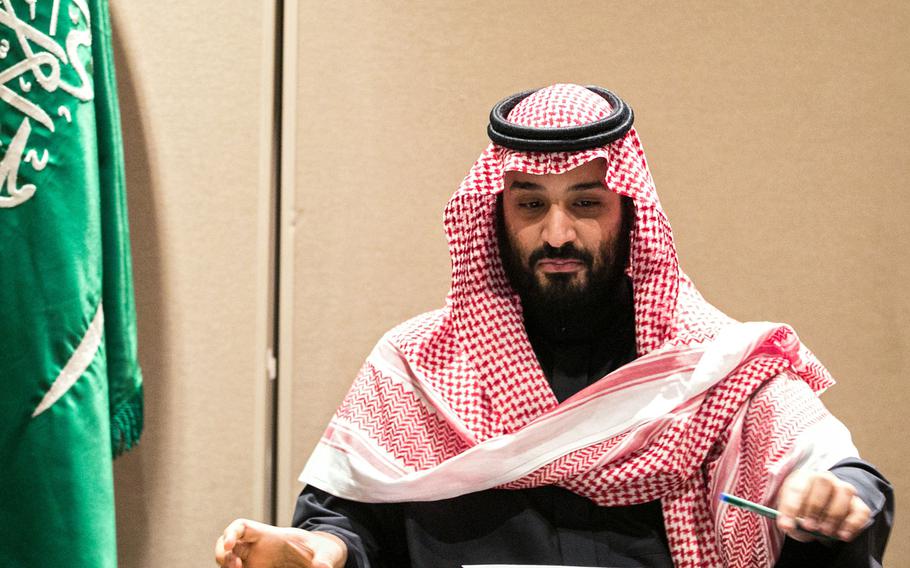 President Joe Biden will travel to Saudi Arabia in July and is set to meet the country’s de facto ruler, Crown Prince Mohammed Bin Salman, according to a senior administration official, a trip intended to mend U.S. ties with a nation Biden once promised to make a “pariah” over its human-rights abuses.

Biden will travel July 13-16 and is expected to meet with nearly a dozen foreign leaders, including a virtual session with Indian Prime Minister Narendra Modi and the leader of the United Arab Emirates, Sheikh Mohammed Bin Zayed, the official said. The U.S. president will participate in a regional summit in Jeddah, Saudi Arabia.

The official said Biden would meet with Saudi Arabia’s leaders and that they would be expected to include the crown prince, without specifying whether the two men would meet one-on-one or at length. A meeting with the crown prince would be nearly impossible to avoid in a visit to the kingdom.

The official asked not to be identified as a condition of participation in the briefing.

Biden’s willingness to travel to the kingdom shows the extent to which his efforts to lower gasoline prices and further isolate Russia over its invasion of Ukraine have overridden his desire to take a harder line against Riyadh. The official said the visit is the culmination of months of U.S. diplomacy with Saudi Arabia and Mideast nations, and that the Saudi relationship with the U.S., required recalibration but had not ruptured.

The Biden administration issued a declassified report last year finding that the Saudi crown prince was responsible for the 2018 killing of Jamal Khashoggi, a U.S. resident and Washington Post columnist, in the kingdom’s Istanbul consulate.

Biden has also previously criticized a Saudi-led coalition’s air campaign against Houthi militants in Yemen’s civil war, in which tens of thousands of civilians have died, according to the U.N.

The president said on June 3 he had no “direct plans” to visit the kingdom but if he did, he would likely meet with its leaders, without specifically naming MBS, as he is known.

The visit demonstrates how Biden’s diplomatic priorities have changed since Russia invaded Ukraine in late February.

The president has endeavored to bolster global energy supplies to replace Russian output and curb soaring gasoline prices that damaged his political standing. Gasoline prices, at the same time, are weighing on his party’s fortunes in November midterm elections, with the average price more than $5 a gallon nationally, according to the AAA automobile club.

The Saudi-led OPEC+ cartel agreed earlier this month to a modest oil production increase in July and August, a gesture that was welcomed by the Biden administration. It came after multiple visits to Saudi Arabia by Brett McGurk, the top White House adviser on the Middle East, and Amos Hochstein, the State Department’s senior adviser for energy security.

Biden also praised Saudi Arabia’s role in brokering an extension of a truce in Yemen.

“Saudi Arabia demonstrated courageous leadership by taking initiatives early on to endorse and implement terms of the UN-led truce,” the president said in a statement this month.

The senior administration official said that the crown prince played a critical role in bringing about the truce, which the official said has resulted in one of the most peaceful periods since the war began seven years ago. The official said the truce is an example of why continued U.S. engagement with Saudi Arabia is important.

The president indicated earlier this month he would raise human-rights issues if he decided to visit Saudi Arabia, saying “I’m not going to change my view on human rights.”

The visit is a departure from Biden’s promises as a presidential candidate and during his early days in office to hold the kingdom accountable for Khashoggi’s death. The crown prince has denied ordering the killing but took responsibility for it as his country’s de facto ruler.

Speaking about Saudi Arabia in 2019, Biden said he would “make them pay the price, and make them, in fact, the pariah that they are.”

Biden sought to “recalibrate” the U.S.-Saudi relationship early in his presidency. The White House said that the president would deal with 86-year-old King Salman instead of the crown prince, who often spoke directly with former President Donald Trump.