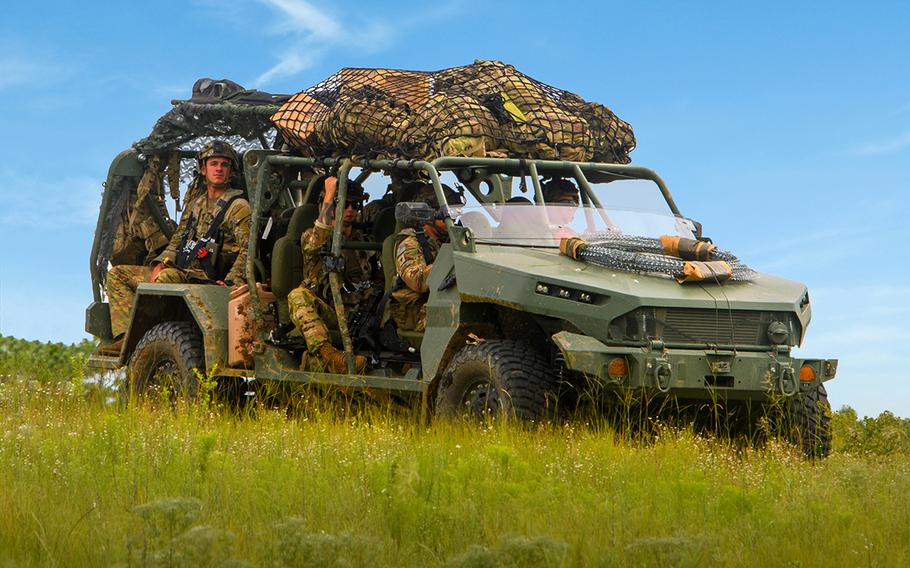 The GM Defense Infantry Squad Vehicle developed for the U.S. Army. GM Defense announced a new entity on Monday: GM Defense International, which will be focused on doing business with U.S. allies and partners. (GM Defense)

GM Defense, the automaker's company focused on developing products for the military, announced a new entity on Monday: GM Defense International, which will be focused on doing business with U.S. allies and partners.

GM Defense will still operate as a subsidiary of the Detroit automaker, reporting to GM President Mark Reuss.

The move comes after GM Defense in late May said it would expand its business into Canada.

"Forming GM Defense International will drive our continued expansion as we leverage GM's rich legacy of innovation in support of global defense and government customers," said Steve duMont, president of GM Defense, in a statement. "As a non-traditional entrant to the defense market, we continue to receive positive feedback on our ability to bring commercial technologies forward at the speed that our customers require in these complex times."

He added the company is exploring "opportunities across North America, Europe, the Middle East, the Indo Pacific region and beyond."