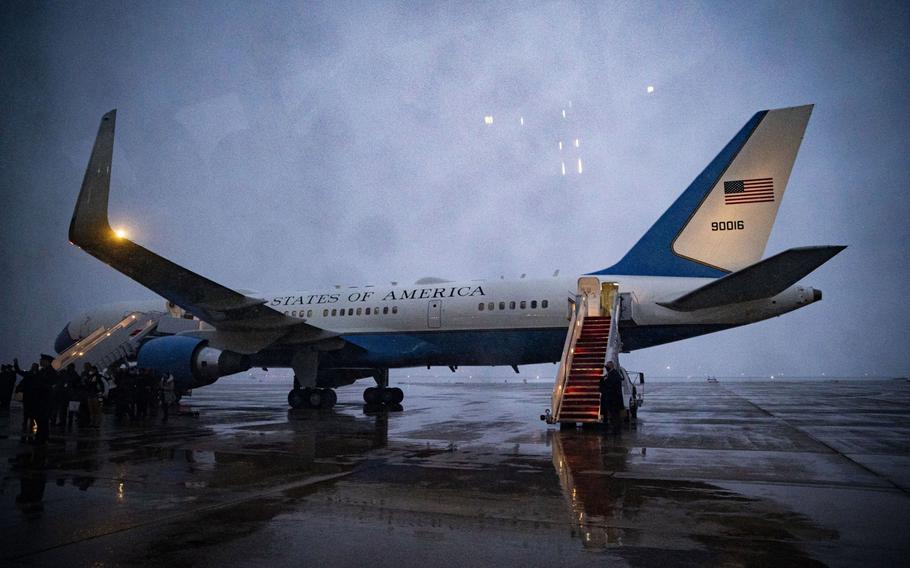 The fixed-price contract for the new Air Force One that Donald Trump talked Boeing Co. into signing hasn’t just caused the $1.5 billion in cumulative losses so far that the company’s CEO has lamented. It has also created headaches for the Air Force.

Under a fixed-price agreement, a company’s incentive is to “finish and minimize costs” while the Pentagon wants “to get every single thing that we said in the contract you have to do and get it done, and we are not going to pay you more for it,” Andrew Hunter, the Air Force’s chief weapons buyer, said in an interview. “It creates this inherent conflict between the two sides.”

The tensions stem from the $3.9 billion contract that then-President Trump pressured Boeing Chief Executive Officer Dennis Muilenburg to sign in 2018 requiring it to absorb added costs to modify two 747-8 airliners into new presidential jets, the elaborately outfitted and highly secure planes known as Air Force One when a president is on board.

Trump’s deep interest in the presidential plane even extended to proposing a new red, white and blue color scheme, which has now been rejected by the Biden administration.

In a quarterly filing in April, Boeing cited “higher supplier costs, higher costs to finalize certain technical requirements and schedule delays” on the new presidential planes and warned it could face “additional losses in future periods.”

“Air Force One, I’m just going to call a very unique moment, a very unique negotiation, a very unique set of risks that Boeing probably should not have taken,” David Calhoun, Boeing’s current CEO, told analysts then. “But we are where we are, and we’re going to deliver great airplanes.”

Hunter, the Air Force’s assistant secretary for acquisition, said “I don’t think the structure of the contract drove the issues that we have seen with the program,” but “having a fixed-price contract like this, it does raise challenges with how we manage those issues when they arise.”

He said the Air Force will “have to negotiate with Boeing” on potential added compensation for substantial delays on the plane, known as VC-25B.

Boeing said in a statement that the company “made the decision it did in 2018 and agreed to the terms of the fixed price contract. Events have since added to the development risks and challenges, which could not have anticipated at the time. That said, we are moving forward and are fully committed to delivering this aircraft to meet our nation’s call.”

“We continue to make steady progress on the VC-25B program, while navigating through some challenges,” it said.

The first new Air Force One will be delivered at least two years after its original December 2023 due date and the second one three years after the April 2024 date, according to the service.

The aircraft “does not include new technologies,” the Government Accountability Office said in a report this week. “Instead, it will integrate mature technology from other platforms into existing commercial aircraft.” Boeing started modifying the first aircraft in February 2020 and the second in June 2020.

The GAO said problems have included replacing the supplier for the aircraft’s interior because of “under performance and financial issues,” challenges installing more than 200 miles (322 kilometers) of wire -- almost double that of the commercial version of the aircraft -- and difficulties hiring workers who can meet stringent security clearances.

Asked if the Boeing contract was a good deal for taxpayers, Hunter demurred. “We’ll know when we deliver the aircraft,” he said.

In addition to the $3.9 billion base payment to Boeing, the contract includes $400 million to pay for government testing, initial spares, support equipment, product support, training, and military facilities construction.

Hunter was sanguine the program will right itself. “I don’t see a risk of a failure to perform,” he said. “We’re going to get the aircraft. We will work out the issues that have arisen with wiring and other things, and we’re going to be able to support the president while that is happening” as he will continue to fly the current model.