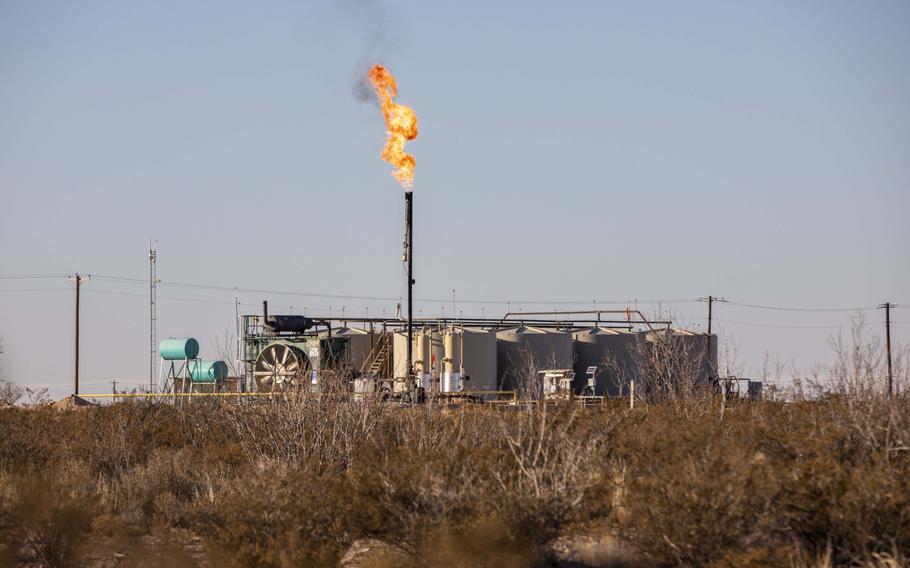 An explosion at a major natural gas production facility in Texas could knock the plant off line for at least three weeks, company officials said Thursday, roiling global energy markets at a time when supplies are already stretched thin.

The cause of the Wednesday blast at the Freeport LNG facility in Quintana is not clear, the company said. There were no injuries and all employees have been accounted for, spokeswomen Heather Browne told The Washington Post.

The natural gas liquefaction plant is one of the largest in the world and is a major exporter to Britain and other parts of Europe. Energy demand has been volatile for months because of inflation and Russia's invasion of Ukraine, pressing U.S. production and exports into overdrive.

A prolonged closure of the Freeport facility could have a significant effect on energy prices, experts warn, especially as markets gear up for a summer demand surge.

"The world was already teetering on the edge, so to speak, for global LNG supply-demand, and the incident at Freeport, I wouldn't say it pushes the world over the edge, but I think a bit closer," said Alex Munton, director of global gas and LNG at Rapidan Energy Group.

"There's a lot of pressures operating on the gas prices in [Europe] right now, the biggest of which is the risks and impairments created by the war in Ukraine and Russian gas diplomacy and gas pressure on Brussels and in the continent," said Kevin Book, managing director of ClearView Energy Partners, an independent research group. "This has affected the prices downstream as well."

Futures on Dutch TTF gas, the international natural gas benchmark, jumped on the news, moving 8.8% higher early Thursday afternoon at 84.88 euros per megawatt/hour. They traded as high as 92.05 euros per MWh earlier in the day.

The United States is the world's largest natural gas exporter just ahead of Australia and Qatar, with much of domestic production headed to Britain and the European Union. The gas there is used to heat homes and businesses and to power large-scale industrial facilities.

Europe is facing an energy supply crunch as it tries to wean itself off Russian fossil fuel because of the Ukraine invasion. The euro zone recently announced plans to halt the import of Russian crude oil by the end of 2022. Russia separately supplies nearly 40% of the bloc's natural gas.

Europe also buys natural gas from Scandinavia and North Africa, but those areas face difficulties ramping up production and processing, experts say. LNG also has been traditionally traded on long-term contracts, but the European officials some years ago opted instead for spot trading, hoping the flexibility would provide cheaper prices.

The move aligned the European market with U.S. production and sales practices, Munton said. Tankers departing facilities like Freeport — which on its own accounts for 20% of domestic LNG processing — transport as much as 64 billion cubic feet of gas per month.

Those shipments are more suitable for short-term trades, rather than gas flowing through pipelines, which is more difficult to divert to new customers.

The model is "working pretty well, but of course the elephant in the room is: What happens if things fall apart with respect to Russia?" Munton said.

And the demand picture, experts warn, could get tighter. Asia, and particularly China, which is also heavily reliant on liquefied natural gas, has seen depressed demand in 2022 due to slowing economic growth.

The result, Munton said, could be rising demand all over the world as supply contracts. American energy producers already are bracing for a hot summer in the Southeast and a turbulent hurricane season. Power grid failures in parts of Texas and Louisiana in recent years have put producers on a disadvantage in the past, and federal environmental officials have forecast an "above-normal" Atlantic hurricane season.

"There are always going to be risks when you have a hurricane-prone area that happens to be the site of most industrial activity for a given sector," Book said. "Risks are concentrated in the Gulf of Mexico by geography. Energy infrastructure is exposed."