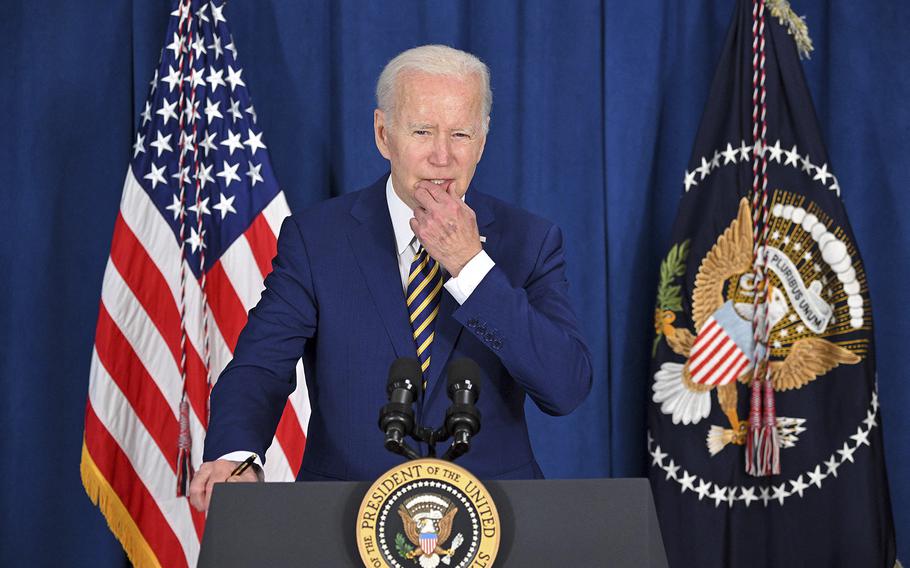 President Joe Biden and first lady Jill Biden were briefly evacuated from their Delaware beach home after a small private plane entered restricted airspace over the area, according to the U.S. Secret Service.

The plane flew into the airspace by mistake shortly before 1 p.m. on Saturday afternoon, said Secret Service spokesman Anthony Guglielmi. The aircraft was "immediately escorted out of restricted airspace," Gugliemi said. There was no threat to the Bidens, who returned to their Rehoboth Beach home shortly after they were removed, White House officials said.

Precautionary measures were taken in response to the airspace breach, Gugliemi said, without specifying what they were. The roar of jet engines could be heard in the area and the main street in Rehoboth Beach was temporarily closed after 1 p.m.

Gugliemi said the pilot was not on the proper radio channel, was not following a Notice to Airmen that had been filed and was not following published flight guidance, citing a preliminary investigation. The Secret Service will be interviewing the pilot, according to Gugliemi.

The president and first lady arrived at the beach on Thursday night ahead of Jill Biden's birthday on Friday and are expected to depart on Sunday.