(Tribune News Service) — Verenice Castillo has twice been the “brand new” military spouse. First, when her husband joined the Army, and again when he transferred to the Air Force.

She learned, though, that she wasn’t the only one — her experiences were shared by nearly all people whose spouses serve.

“I realized that there was all of us who were needing mentorship and support and guidance,” said Castillo, who lives in Texas.

Participants “already have the passion and want to do something about it,” Castillo said. “We are bringing the skills and the tools that they need in order to make that happen.”

The free program, called the Military Spouse Leadership Development Program, is accepting applications for its next 50-person cohort until June 10.

For Williamsburg, Va., resident Alison Sigler, who participated in the inaugural leadership program in 2021, the most valuable benefit was the connections she made. Since wrapping up the program, Sigler — whose family is stationed at the Fort Eustis Army post — has become an advocate for interstate counseling and mental health licensing. Leveraging connections made through the program, she has been pushing for Virginia lawmakers to approve legislation that would streamline the licensure process for counseling professionals moving to another state.

A child and adolescent therapist, Sigler has had to change her state therapy licensing with each relocation — a process that, depending on the state, can take months.

“Every time we move, I can’t just go back to work,” Sigler said.

Her husband is a physician in the Army, so Sigler’s family of five has forged through plenty of relocations.

The moves come with the added challenge of getting her counseling license reestablished. From Maryland to Georgia to Texas, and now Virginia, the waiting time to acquire licensure has at times taken nearly half a year.

The unique challenges that come with constant relocation are familiar to Castillo, who said life as a military spouse at times felt similar to her experience immigrating to the United States from Mexico at age 16.

“I left my family behind, my friends, my work,” Castillo said. “I felt out of place.”

That’s when Castillo’s vision for the network started coming together. The organization earned nonprofit status in 2014. Nearly a decade after the idea started percolating, the leadership program launched.

When her family was stationed at Fort Eustis in the summer of 2020, Sigler took a break from working to focus on her children as they navigated virtual schooling.

Around the time schools opened back up, Sigler knew she wanted to take on a new position. She was staring down a gap in her resume when she heard about the leadership program.

“I hadn’t worked in in two years at that point through the pandemic, so I really wanted to get back to work,” she said.

Since then, Sigler has started as a military family and life counselor at Fort Eustis.

She has also channeled her frustration with state-by-state licensing requirements into advocacy efforts. Sigler said she collaborates with military spouses she met through the program, and works with a lobbyist for the Virginia Counselors Association, to urge Virginia to sign onto an interstate counseling licensure compact.

The proposal she backed would hasten the licensure process for counseling professionals from state-to-state, allowing licensed counselors in compact states to practice in other states signed onto the legislation. The compact failed to pass in this year’s General Assembly session, though 10 other states have signed on, according to the National Center for Interstate Compacts’ website.

Still, Sigler and the counselor association intend to keep pushing. Even if she were to move again, Sigler keeps the mindset that “the goal is to always make somewhere better when you’ve left it,” she said.

Sigler cautions applicants to get started quickly, as the application requires essays and and letters of recommendation. The program outlines eligibility guidelines on its website. 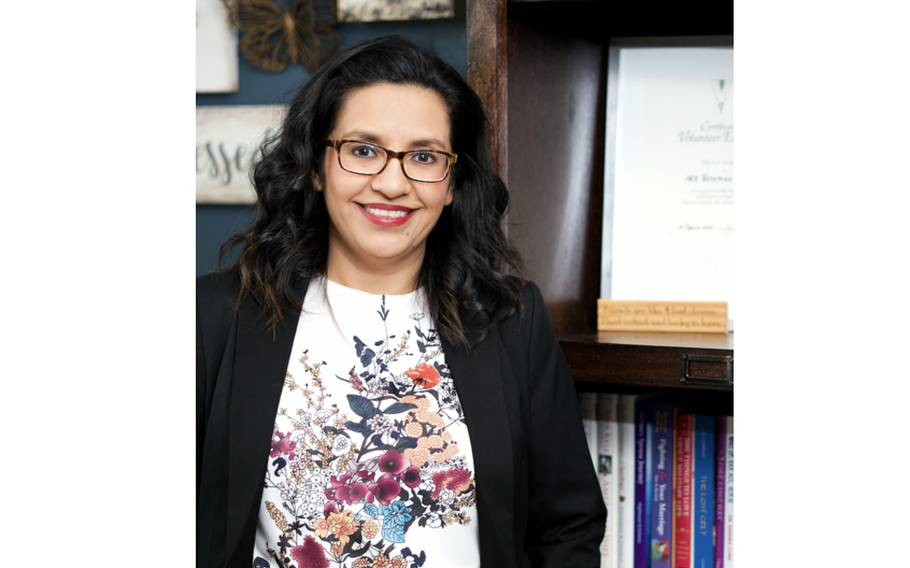