US marks Memorial Day weekend with at least 11 mass shootings 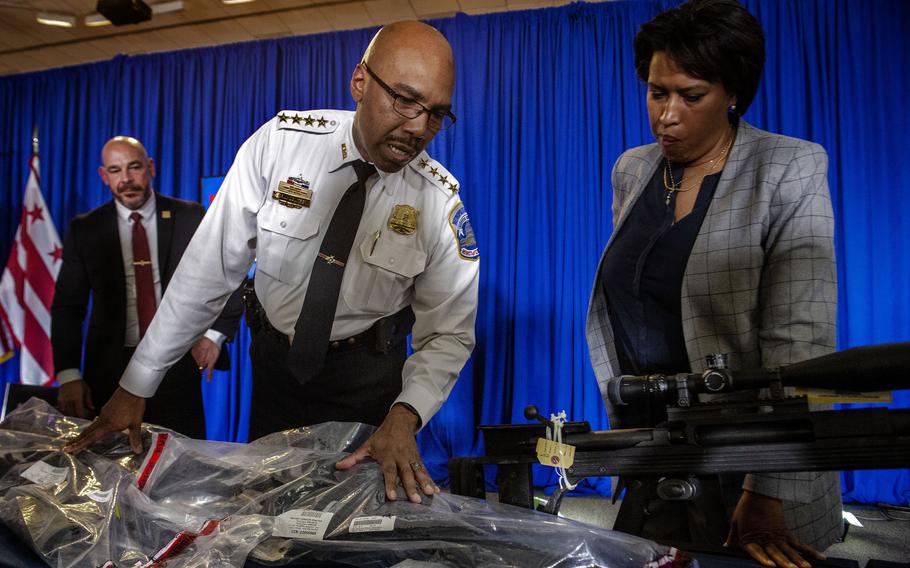 After a shooting at an elementary school in Uvalde, Texas, that claimed the lives of 19 children and two teachers last week, many politicians, public figures and gun-control advocates said the U.S. government should ensure mass shootings could not happen again.

This Memorial Day weekend alone — spanning Saturday, Sunday and the federal holiday on Monday — there have been at least 11 mass shootings.

These incidents, gleaned from local news reports and police statements, meet the threshold for mass shootings as defined by the Gun Violence Archive, a nonprofit research organization.

GVA defines a mass shooting as one in which "four or more people are shot or killed, not including the shooter." Several of those shootings occurred at parties, and one at a Memorial Day event.

Brian Stelter, chief media correspondent and news anchor at CNN, interrupted a broadcast Sunday about the response to the mass shooting in Uvalde to tell viewers about another — in Tennessee.

"Mass killings like Buffalo and Uvalde become national news, but many mass shootings do not. They just end up being local stories," Stelter said, in a clip that has been viewed over 334,000 times on Twitter.

On Saturday evening, six teenagers were injured by gunfire in Chattanooga, Tenn., in what Mayor Tim Kelly said was probably "an altercation between other teenagers."

The victims, who were between the ages of 13 and 15, were transported to a hospital, and two had life-threatening injuries, according to the Chattanooga Police Department.

Kelly said he was "heartbroken" for the families of the victims and "angry" about political inaction on gun laws during a news conference following the shooting.

The Chattanooga shooting was one of at least five mass shootings that took place on Saturday alone, according to GVA.

On Sunday, there were at least another five mass shootings, including one at a Memorial Day festival in Taft, Okla.

Authorities said one person was killed and seven people were injured, including a minor. The Oklahoma State Bureau of Investigations said a suspect turned himself in and was in custody.

Meanwhile, one person died and three others were injured during a shooting at a party in Merced County, Calif., the sheriff's office said. One victim was still in "critical condition" Sunday afternoon.

The latest apparent mass shooting occurred in the early hours of Monday in Port Richmond, Pa. Two people died and two others were injured during a shooting at a party, according to preliminary statements from law enforcement. The victims ranged in age from 14 to 21, and police told FOX 29 Philadelphia they found 47 shell casings at the scene.

The incident was not listed in the GVA database as of early Monday, but appears to meet the standards for a mass shooting.

It was the city's "2nd DOUBLE homicide scene in two hours," according to Steve Keeley, a reporter for FOX 29 Philadelphia, after a father and his 9-year-old son were shot inside their car in Philadelphia on Sunday evening, law enforcement said.

The grim litany of mass shootings began even before the official start of the holiday weekend, when police in Anniston, Ala., said gunfire erupted after a graduation party attended by more than 150 young adults and teenagers as young as 14. Six people were injured by gunfire.

And on Friday afternoon in Michigan, officers in Mecosta County found three children under the age of 10 and an adult woman dead of "what appeared to be gunshot sounds" when they responded to a report of a man with a gun and shots fired at a local private residence. They also found an adult male who had a gunshot wound to the head and was taken to a hospital. Relatives told a local news outlet that the children were siblings and were 3, 4 and 6 years old, and that the adult was their mother.

In the aftermath of the Uvalde shooting, many local leaders and community representatives issued emotional pleas for action. As The Washington Post has reported, it's unlikely that Congress will be able to pass gun-control measures.