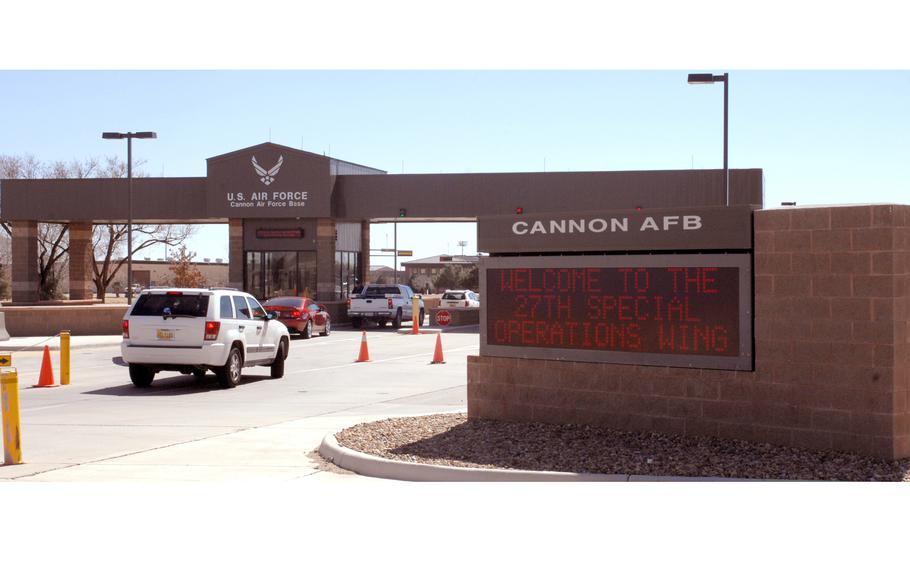 (Tribune News Service) — Art Schaap remembers the day in 2018 when people from Cannon Air Force Base knocked on his front door and asked to test his water.

The Clovis dairy farmer had seen airmen use firefighting foam during training exercises. But he soon learned that toxic chemicals from that foam had leaked off-base into the groundwater beneath his land. “That’s when the nightmare began,” he said.

In the years since, Schaap found himself unable to sell the cows’ contaminated milk or meat.

He has been forced to euthanize what’s left of the 3,665 animals at Highland Dairy.

“I’ve lost so much money, I don’t know if I can restart,” Schaap said.

The farmer said the Air Force’s actions since the pollution began do not “demonstrate integrity” and said his family has “got nothing” from the military base.

The state Environment Department has accused the Department of Defense of leaving Schaap and the regional dairy industry “holding the bag.”

But Air Force officials say their hands are tied.

New Mexico is suing the Department of Defense over the pollution.

The state agency says the contamination at Cannon and Holloman Air Force bases poses an “imminent and substantial endangerment to human health and the environment.”

Per- and polyfluoroalkyl substances, or PFAS, can cause certain types of cancers, high cholesterol and low birth weights.

The “forever chemicals” that accumulate in the bloodstream were once common in non-stick and waterproofing products.

New Mexico’s litigation has stalled in federal court with other PFAS lawsuits.

State Environment Secretary Jim Kenney said the state and farmers like Schaap are left to navigate the cleanup.

“We are taking on all the responsibility,” Kenney said. “From the science and technical modeling of the PFAS plume moving through Clovis, to evaluating how to remediate it, to testing people’s water, public and private water supplies, to educating the community around PFAS exposures.”

Soon after the Air Force notified Schaap of the contamination, state and federal agencies said the dairy’s cow milk and meat had to be taken off the market because PFAS levels in the animals exceeded health advisories.

But it was already too late.

He was shut out of livestock auctions.

He spent millions of dollars feeding animals that eventually died.

He will likely never get another contract to ship milk out of the dairy southeast of Cannon.

The U.S. Agriculture Department offers monthly payments for producers who have had to remove milk from the market because of chemical contamination.

Highland Dairy worked with state agencies to outline a plan for the disposal of thousands of dead cows as part of the USDA funding process.

“We don’t want to put that (PFAS) back into the soil and the groundwater,” Kenney said.

Schaap placed the animals in a shallow trench at the farm — with a view of the Air Force Base in the distance.

PFAS levels in the soil and water at the disposal site could force Schaap to move the animals again to a hazardous waste landfill.

NMED allocated $850,000 from an emergency fund for cow disposal.

“The Department of Defense caused the contamination, the pollution, the poisoning of this herd,” Kenney said. “They have legal responsibility, if not legal certainly ethical, to assist or pay for (Schaap’s) expenses.”

The state continues to test milk at nearby dairies. 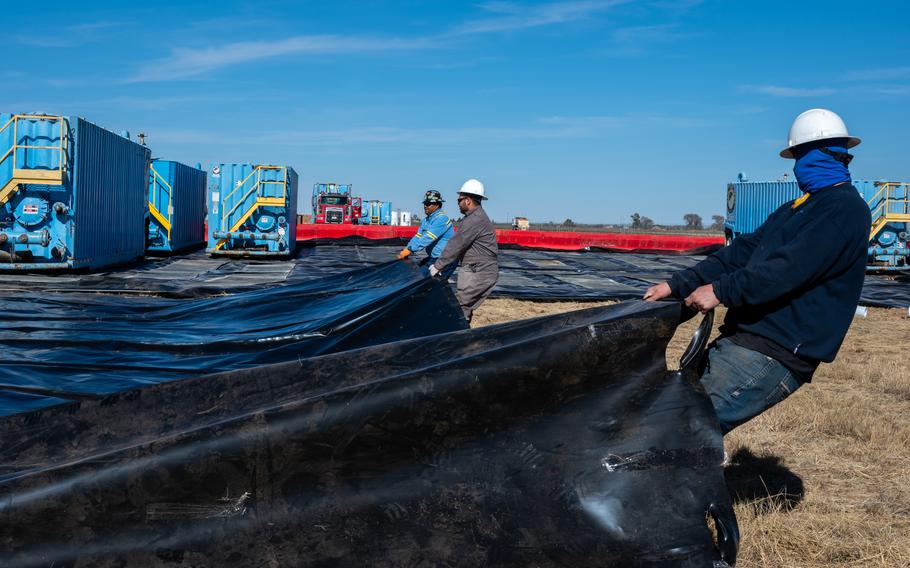 Part of that process is determining if the agency will set a maximum contaminant level for the chemicals, said Greg Lyssy, a senior project manager with EPA Region 6.

A legally-enforceable standard would regulate the toxins in drinking water.

“We’re trying to collect more information across the country on how much PFAS is out there — what are the levels,” he said.

But the federal agency has not listed the chemicals as a hazardous waste. A drinking water standard would not go into effect until at least late 2023.

Christipher Gierke, a remedial project manager with the Air Force Civil Engineer Center, said a pilot project to pump and treat the aquifer could start construction this summer.

“This is what (we) can legally spend taxpayer dollars on based on the requirements that are out there now,” Gierke said.

A $16.6 million project will use three extraction wells and six injection wells to test treatment of the contamination plume that has flowed southeast of Cannon.

The Air Force is awaiting lab results from on- and off-base soil and groundwater samples.

“I’m part of this community, and I live here, and that’s why I work so hard to try to push this investigation through, because I understand how this does impact the local community,” Gierke said.

Even so, the Air Force maintains that current federal regulations restrict the Department of Defense from addressing anything other than human water consumption concerns.

Four years ago, the Air Force began providing bottled water and filtration systems for Schaap’s family and other residents affected by the plume.

“We found out that it takes years to get PFAS out of the cows’ bodies and it’s just not a fast fix,” Schaap said.

In December, the farmer met with Col. Terence Taylor, who became commander of the 27th Special Operations Wing at Cannon last summer.

Schaap commended state agencies and U.S. lawmakers for helping his business through a yearslong crisis.

But he said his experience with military officials is “like talking to a brick wall.”

“To me, we have got nothing from Cannon Air Force Base,” Schaap said. “The only reason why they came over to visit us was for political reasons and for a photo-op.”

The farmer said the base’s pilot water treatment project is a “waste of time.”

“I think if we can get the cleanup project away from the military and put it to either locals or another agency for cleanup, I think we’re a lot better off,” Schaap said.

Taylor has acknowledged that the federal timelines don’t always “match up” with an urgent fix the community wants.

“We’re all interested in ensuring that we have clean, consumable water for the health and well-being of everyone,” Taylor said in September. “We are not looking for ways to halt progress. In fact, we’re trying to speed things up as best we can.”

Kenney said the EPA roadmap puts “teeth to policy” that “had not been progressing very rapidly in the prior administration.”

“Now it is progressing quickly, although from a state perspective, still not quickly enough,” he said. “That’s not a criticism, but we’re dealing with PFAS contamination in a non-theoretical way.”

Curry County commissioner and Clovis farmer Seth Martin said he understands the military’s need for a “data-driven process” to clean up the plume.

“But what is happening now, is it continues to devastate agriculture in that area,” Martin said.

As for Schaap, the best option may be to move the dairy operations.

His property values have plummeted. All that’s left of the dairy are the decomposing cows.

“There’s farms out there, but to relocate is very expensive right now, because land and building materials are so high,” he said. “We have no idea where we’ll go.”