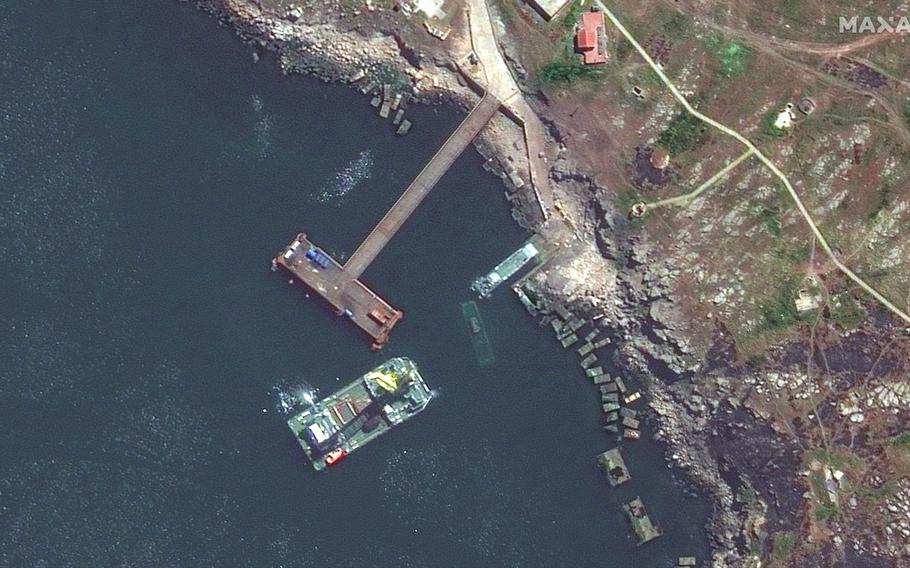 The National Reconnaissance Office, the U.S. intelligence agency that operates the nation’s spy satellites, announced that it is awarding billions of dollars in contracts over the next decade to three commercial satellite companies that take photos of Earth.

In a statement, the NRO said that it was the “largest-ever commercial imagery contract effort” and that it represented “a historic expansion of the NRO’s acquisition of commercial imagery to meet increasing customer demands with greater capacity than ever before.”

The awards went to Planet, BlackSky and Maxar, all of which operate fleets of satellites orbiting Earth that take imagery of the ground below.

The contracts come as the Pentagon and intelligence agency are increasingly relying on imagery from commercial satellite companies to aid in spying, warfare and humanitarian efforts. Commercial images have played a big role in the war in Ukraine, with commercial satellites capturing troop movements, destruction, even plumes of smoke that disclose the locations of missile attacks - all in high definition.

The imagery is so vital that this year the government of Ukraine issued a plea for help, asking satellite companies to share their data with the Ukrainian military.

Countries have for decades used satellites to spy on their enemies. But a revolution in technology, driven in large part by the private sector, has made the satellites smaller, less expensive and highly capable. As a result, the U.S. government has said it wants to harness those capabilities.

“The NRO has a long-standing strategy of ‘buy what we can, build what we must,’” Chris Scolese, director of the NRO, said in a statement. “The diversity offered by our expanding architecture composed of both commercial and NRO systems increases our resilience and enables an integrated approach to the threats facing our nation.”

While the NRO said only that the contracts are “valued at billions of dollars” over the next decade, BlackSky said its award was worth $1 billion. In a filing, Maxar said its could be worth up to $3.24 billion. It was unclear how much Planet would receive as part of the program, and a spokesman did not immediately respond to a request for comment.