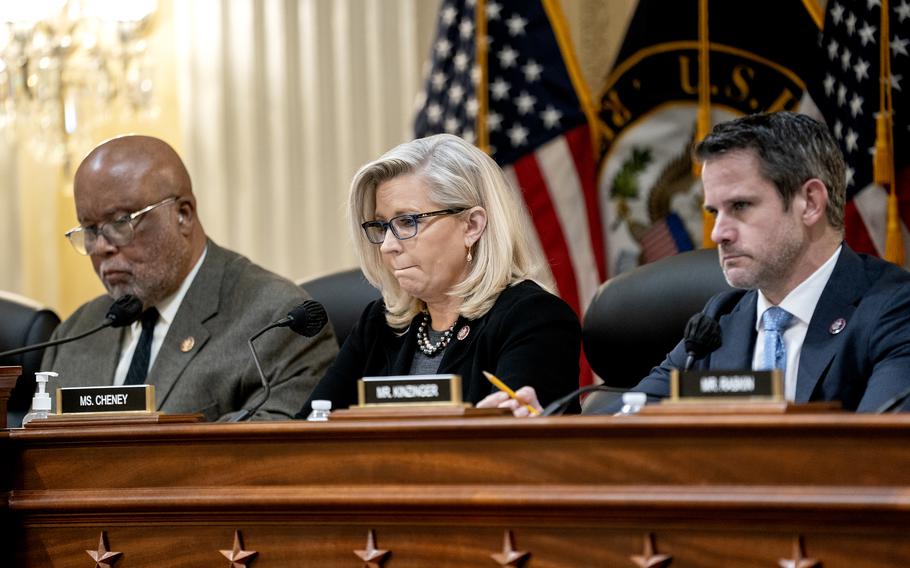 A panel of three federal appeals court judges has temporarily stopped the House committee investigating the Jan. 6, 2021, attack from accessing records it has demanded of the mass email marketing vendor used by the Republican National Committee and Donald Trump's 2020 reelection campaign.

A lower court had ruled that a House committee could subpoena for the records, which the panel said it needed ahead of scheduled public hearings in June as part of its probe into whether Trump's campaign stoked violence while spreading false claims of fraud after the 2020 election.

But a panel of the U.S. Court of Appeals for the District of Columbia Circuit enjoined the release of records to Congress while it considers an appeal from the RNC.

The committee subpoenaed the digital marketing company Salesforce in pursuit of evidence that some rioters were inspired to attack the Capitol by false and inflammatory claims spread in RNC and Trump campaign fundraising emails. After Jan. 6, Salesforce said in a statement that the company had "taken action to prevent [RNC] use of our services in any way that could lead to violence."

U.S. District Judge Timothy J. Kelly of Washington, another Trump appointee, had rejected the RNC's claims that the House committee lacked a legitimate purpose and imperiled the First Amendment by prying into Republican political messaging.

"It is hard to imagine a more important interest for Congress than to preserve its own ability to carry out specific duties assigned to it under the Constitution," he wrote.

Kelly gave the RNC time to appeal his ruling but would not stay his ruling beyond that, saying the GOP committee "has not shown that the balance of the equities and the public interest tip sharply in its favor."

The Washington Post's Spencer S. Hsu contributed to this report.