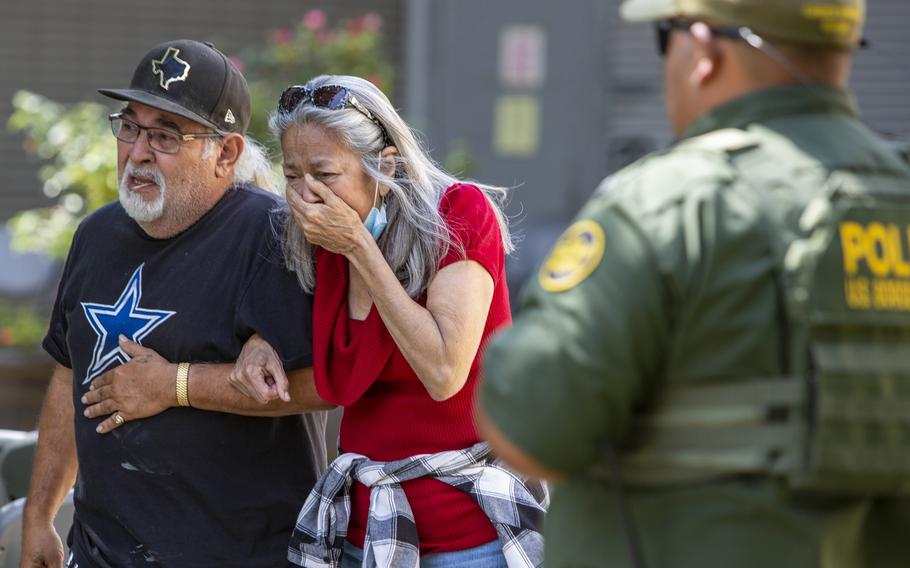 A woman cries Tuesday, May 24, 2022, as she leaves the Uvalde Civic Center, in Uvalde, Texas. At least 14 students and one teacher were killed when a gunman opened fire at Robb Elementary School in Uvalde, according to Texas Gov. Gregg Abbott. (William Luther/San Antonio Express-News)

(Tribune News Service) — The United States had a 52% increase in “active shooter” incidents during 2021, according to FBI data.

The report was released this week, nine days after a white nationalist targeted Black shoppers at a grocery store in Buffalo, N.Y. and killed 10 and a day before 14 students and a teacher were killed at an elementary school in Uvalde, Texas, about 83 miles west of San Antonio.

The FBI found 61 incidents in 30 states during the year — nearly one-fifth of which were also mass killings. The entirety of the shootings killed 103 and wounded 140.