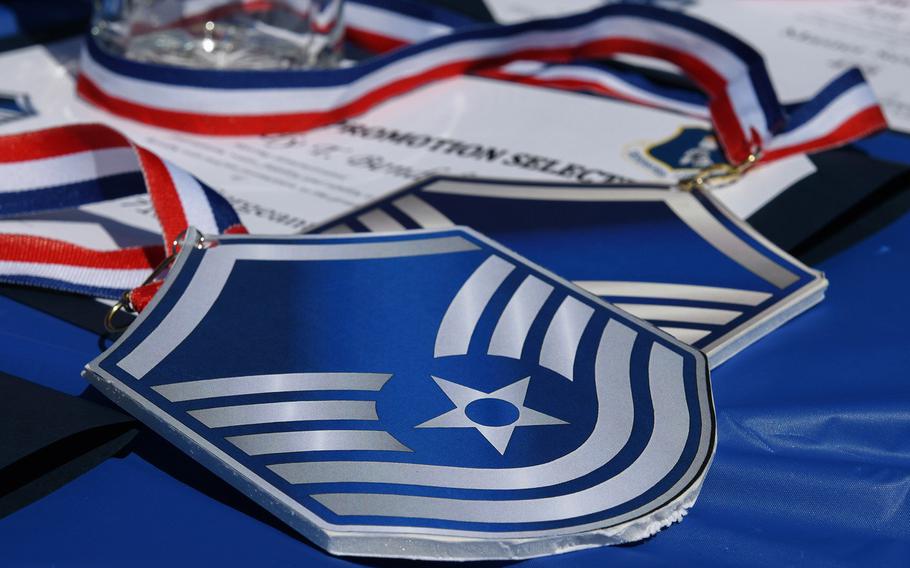 Nearly 4,000 future Air Force master sergeants were afforded a sneak peek at the service’s promotion list Monday, thanks to an early, mistaken post to the service’s personnel website.

The list, posted more than a week ahead of the scheduled May 31 release date, was live for about 40 minutes before it was removed from the site.

However, the promotions were reposted by an anonymous user on a popular Reddit page, r/AirForce, which has more than 183,000 subscribers.

“To be clear I didn't leak this! I'm just trying to control the damage,” wrote the anonymous Reddit poster.

The Air Force quickly removed the online list to preserve the commanders’ “right and privilege” to inform their airmen of their promotions and also inform those who didn’t make the list, said Toni Whaley, spokeswoman for the Air Force Personnel Center, in an email to Stars and Stripes on Tuesday.

The promotion rate this year is down by 4.11% from last year to 14.8% of eligible candidates.

The Air Force selected 4,040 technical sergeants for promotion, but Reddit users questioned why the list included only 3,946 names.

“The 22E7 Promotion Board selected 4,000 technical sergeants for promotion and set aside an additional 40 allocations for supplemental promotions,” Whaley said. “The list that was inadvertently released does not include the names of Airmen with sensitive [Air Force Specialty Codes].”

“In this digital age, we are going to have information leaks, and it’s easy to share without thinking,” Bass said. “Concerning, yesterday’s spillage … I appreciate the Airmen who held fast and allowed command teams the time to properly notify their people.”