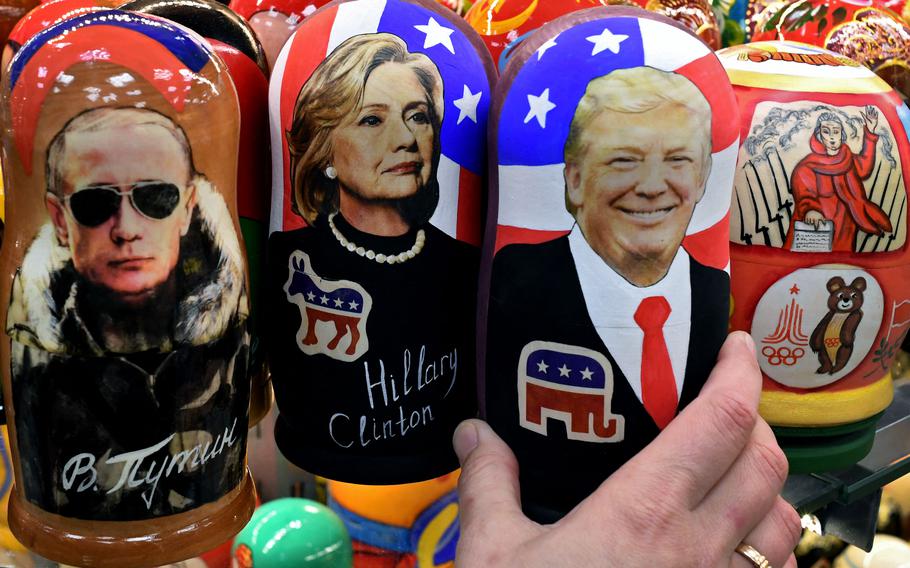 (Tribune News Service) — Hillary Clinton personally signed off on a plan in 2016 to quietly pitch to the media the now-discredited theory that computer servers at former President Donald Trump’s company had a secret communications link with a Russian bank, her former campaign manager told a jury.

Robby Mook, a witness in the trial of a former Clinton campaign lawyer charged with lying to the FBI, on Friday testified that he and others at the campaign “weren’t totally confident” in the veracity of the server data, but they sent it to reporters anyway a few months before the election.

“All I remember is that she agreed with it,” Mook said of Clinton. “She thought we made the right decision.”

The purported server link between the Trump Organization and Russia-based Alfa Bank was ultimately debunked by the Federal Bureau of Investigation. Former campaign lawyer Michael Sussmann is now on trial for allegedly lying to the FBI when he said he wasn’t representing any client when he brought that claim to the agency’s attention in September 2016.

Mook testified that neither he nor anyone else at the campaign directed Sussmann to take the information to the FBI and that the main focus was tipping off the media.

That seemed justified because evidence of a suspected secret back-channel between Trump and Russia “was obviously incredibly alarming and concerning,” Mook said. If true, he said, then “that’s probably something the American people should know when they vote.” Mook said he believed reporters would take their own steps to verify the theory was true before publication.

At the time, Trump’s actions had raised questions, Mook said, including making “very favorable statements about (Russian President) Vladimir Putin, which was incredibly unusual for a Republican nominee.” Mook also noted Trump’s suggestion that the US leave the NATO military alliance and his “extensive business dealings in Russia.”

It isn’t unusual for presidential campaigns to conduct opposition research on rivals so they can offer damaging information to the press. But the revelation of Clinton’s involvement in spreading a theory that her campaign didn’t have faith in could bolster Trump’s claims about a “witch hunt” during his presidency.

Still, other connections between Trump and Russia turned out to be true, as outlined in Special Counsel Robert Mueller’s report. For example, Trump campaign officials including Donald Trump Jr., Jared Kushner and Paul Manafort met with a group of Russians at Trump Tower on June 9, 2016, after Don Jr. had been told by an intermediary that they had dirt on Clinton that was “part of Russia and its government’s support for Mr. Trump.”

The server theory was supplied to the Clinton campaign by its law firm, Perkins Coie, which had outsourced some of its opposition research to Fusion GPS.

Mook’s testimony doesn’t support the government claim that Sussmann tipped the FBI on Clinton’s behalf. And earlier in the trial, other witnesses said there was no desire by the campaign to provide the information to the FBI.

According to Mook, the campaign didn’t trust the FBI because then-Direct James Comey “broke protocol” and talked about the FBI probe into Clinton’s use of a private email server, Mook testified.

“Two or three of the most damaging days of the campaign were caused by James Comey, not Donald Trump,” Mook said. “We didn’t want to have anything to do with the organization at that time or engage them in that way.”