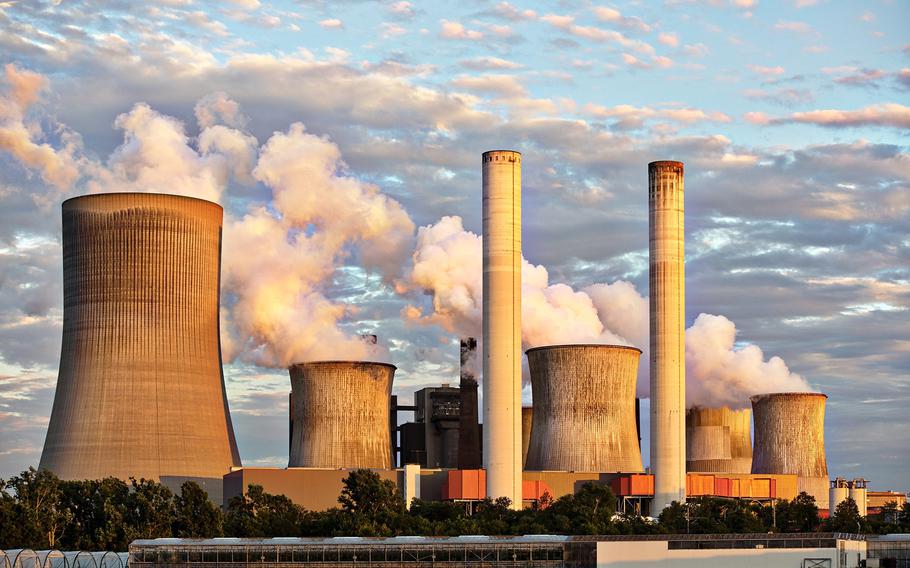 A new study found that pollution continues to be the world’s largest environmental health threat for disease and premature deaths, with more the 90% of these deaths taking place in low- and middle-income countries. (Pexels)

The new findings, released Tuesday by the Lancet Planetary Health journal, shows that pollution continues to be the world’s largest environmental health threat for disease and premature deaths, with more the 90% of these deaths taking place in low- and middle-income countries.

Richard Fuller, the report’s lead author, said in an interview that “a lack of attention” accounts for why this grim tally continues unabated.

“There’s not much of an outcry around pollution . . . even though, clearly, 9 million people dying a year is an enormous issue to be concerned about,” he said.

The analysis, which used 2019 data from Global Burden of Diseases, Injuries and Risk Factors, found that air pollution accounts for the vast majority of premature deaths, at 6.7 million. Water pollution accounted for 1.4 million deaths, while lead poisoning took close to a million lives. The report updates a similar analysis done by Fuller and his colleagues in 2015, which also found air and water pollution as the top offenders.

While the total number of pollution-related deaths has not changed in the past five years, the sources have shifted in some regions. In the past, most pollution deaths stemmed from indoor and household air pollution, caused by fine particles of soot released from indoor stoves burning wood or dung. Unclean water and untreated sewage also took more than a million lives.

Fuller said this source of pollution has decreased in recent years, as many households in China and India have switched to gas for cooking.

But that was about the only good news in the report. Instead of those traditional pollutants, fossil fuel burning, automobile combustion and toxic chemical pollution now pose a greater health risk in the developing world.

More than half of the countries and nations worldwide experienced more deaths from outdoor air pollution and toxic chemicals in 2019 than indoor air pollution and water contamination. More than 2 million people died from industrial and chemical pollution in China, for example, compared with about 367,000 from traditional sources.

In Africa, traditional pollutants still rank as the main cause of pollution-related disease and death, although industrial pollution is on the rise.

“When we’re seeing this increase in industrialization, we’re seeing increased urbanization, more people living in cities, and an aging population who are more vulnerable to the health impacts of air pollution,” said Neelu Tummala, a physician and co-director of the Climate Health Institute at George Washington University who was not involved in the study. “All of this sort of combined together just really increases the amount of associated mortality.”

“The big issue with the air pollution leading to economic losses is just loss of workforce,” Tummala said. “If you have people who are succumbing to any of these disease states, whether it’s worsening asthma attacks to a heart attack associated with air pollution, then you have a decreased workforce that’s able to contribute to the economy.”

Meanwhile, the United States and some European countries have reduced their economic losses tied to pollution-related deaths by installing pollution controls and shifting some of their industrial production to poorer countries. In fact, a study in November showed the world’s 20 largest economies are responsible for two million air pollution-related deaths due to outsourcing the production of goods to developing nations. Keisuke Nansai, who conducted the research, said the number of deaths in low-income countries will continue to increase without help.

The death toll “will not change unless high-income countries with the technology and financial resources understand the involvement of low-income countries in premature deaths and create an international mechanism to jointly solve the problem,” Nansai, who is a researcher at the National Institute for Environmental Studies in Japan and not involved in the Lancet analysis, said in an email.

Fuller and his colleagues laid out several recommendations in the report for how to address pollution issues, calling for an international push to establish pollution monitoring systems and funding for pollution control projects.

This time he wants more organizations and governments to address pollution issues more seriously, saying he was shocked at how little progress has been made in recent years. “For me, the biggest surprise is the lack of attention in country development strategies.”

He and co-author Rachael Kupka are slowly trying to fix that through the Global Alliance on Health and Pollution network. Kupka said they conduct workshops in various countries and bring together several different departments, such as health, transport, finance and agriculture ministries, to create action plans.

“We bring them together to really break down those silos so they can start talking to each other about pollution and health issues,” said Kupka, the executive director of Global Alliance on Health and Pollution. Together, she said, they look at where the biggest burden of disease is and prioritize actions accordingly. At the end of the workshop series, the government is supposed to adopt that plan for implementation.

In Senegal, for instance, they examined issues with artisanal gold mining, air pollution and heavy metal contamination, including lead and mercury. Kupka said her team provided necessary tools for poison testing centers and local laboratories and put them in a position so they could create a national blood monitoring program.

Fuller also said many of the major causes of pollution deaths will decrease if countries follow through on plans to address climate change. For instance, renewable energy would decrease the fossil fuel burning and combustion, which should improve air quality.

“If you attack the source of the problem, you are going to have a double benefit,” Fuller said. “If you’re stopping fossil fuel combustion, we have a climate benefit, but you’re very likely also to have a health benefit.”