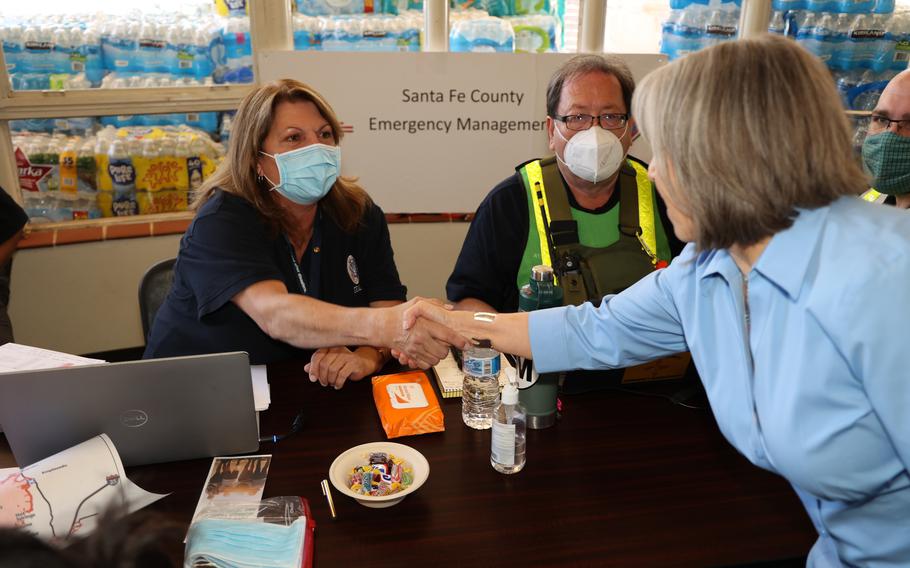 David Dye took over the reins of the state Homeland Security and Emergency Management Department immediately, though his appointment is subject to Senate confirmation.

A former U.S. Navy training director, Dye led the military branch’s preparation and response for Hurricanes Dorian and Isaias in 2019 and 2020. He also served in several overseas roles with the Navy, including overseeing programs in Africa.

Most recently, Dye had been working with Santa Fe County’s emergency management center.

“David is coming into his new role at a critical time for our state, as wildfires continue to burn and New Mexicans are displaced,” Lujan Grisham said in a Monday statement. “He brings with him an incredible wealth of experience, and ... is a proven leader who has all the tools necessary to prepare and respond to any emergency our state may face.”

The appointment of Dye, who said he was prepared to hit the ground running, comes as New Mexico is dealing with its worst fire season in recent history.

The Calf Canyon/Hermits Peak Fire had burned more than 298,000 acres in northern New Mexico as of Monday — or roughly 465 square miles — and other wildfires have ignited in other parts of the state.

Among other issues, the fires have prompted concern about depleted watersheds, along with the possibility of erosion and flooding issues in the coming months.

In order to cover the vacancy, the governor’s deputy chief of staff Diego Arencón has been serving as the agency’s acting secretary for the last several months.

With his appointment, Dye becomes the department’s third secretary since Lujan Grisham took office in 2019, as the governor’s initial pick for the job, Jackie Lindsey, stepped down in November 2019.

There has also been turnover in other Cabinet posts during the Lujan Grisham administration, and two Cabinet secretaries — David Scrase and Ricky Serna — are each currently running two different agencies. Scrase is leading the Department of Health and the Human Services Department, while Serna is managing the State Personnel Office and Workforce Solutions Department.

Dye will make a salary of $163,090 annually as a Cabinet secretary, a spokeswoman for the governor said.