Soldier dies from bear attack during Army training in Alaska 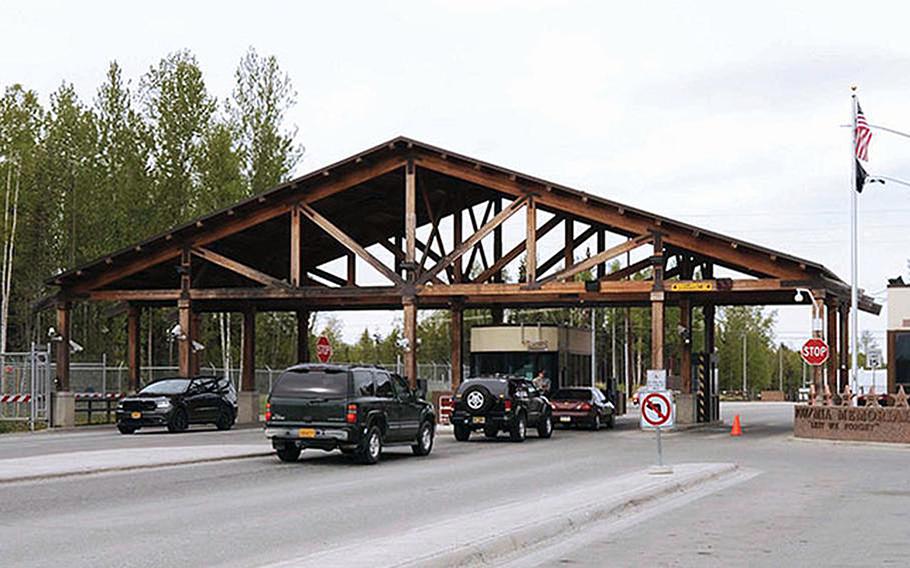 A gate at Joint Base Elmendorf-Richardson, Alaska. Base officials said in a statement May 10, 2022, that a soldier was killed by a bear while training outside of Anchorage. (Defense Department)

A U.S. soldier was killed Tuesday in a bear attack while training in Anchorage, Alaska, local Army officials said.

Officials at Joint Base Elmendorf-Richardson said the soldier was part of a small team training in the vicinity of the Anchorage Regional Landfill, the Anchorage Daily News reported Wednesday.

The soldier’s name was withheld pending notification of next of kin.

The 673rd Security Forces Squadron initially responded to the attack, and Alaska Wildlife Troopers have launched a search for the bear within the training area, local media reported. The area is closed to the public.

The type of bear involved in the attack was not identified, but brown and black bears are native to the area.