‘I have no idea how to fly the airplane’: Air traffic controller helps passenger safely land at Palm Beach International Airport

FORT LAUDERDALE, Fla. — A plane landed safely at Palm Beach International Airport after “a possible pilot medical issue in the air,” on Tuesday, according to the Federal Aviation Administration, thanks to the help of an air traffic controller who instructed the passenger of the single-engine Cessna 208 on how to land the plane.

“I’ve got a serious situation here,” the passenger said to the air traffic controller, according to the call log obtained by WPBF News Channel 25. “My pilot has gone incoherent. I have no idea how to fly the airplane but I am...”

WPBF identified the air traffic controller as Robert Morgan, of Jupiter, who used a cockpit diagram of the Grand Cessna Caravan to guide the passenger through the steps to descend and land.

“Try to hold the wings level and see if you can start descending for me. Push forward on the controls and descend at a very slow rate,” the air traffic controller told the man, according to CNN.com.

News of what transpired was shared to other pilots by air traffic control.

“Did you say the passengers landed the airplane?” the American Airlines pilot asked, according to CNN. “Oh, my God. Great job.”

The Palm Beach County Sheriff’s Office took the certified pilot to the hospital. There is no word on their condition.

FAA records indicated the plane is registered to Beach Amphibian LLC in Connecticut, and it was flying to Palm Beach International Airport from Marsh Harbour, Bahamas, The Miami Herald reported.

“It felt really good to help somebody and [the passenger] told me that he couldn’t wait to get home and hug his pregnant wife,” Morgan told WPBF. 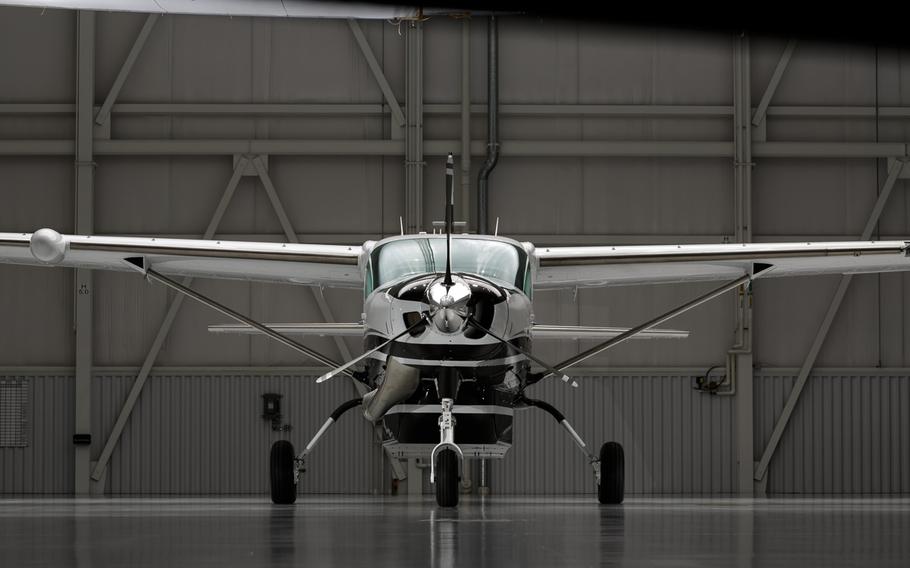